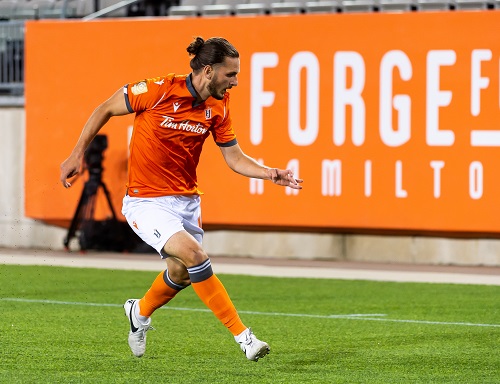 Forge FC announced Friday the team has re-signed Canadian defender Klaidi Cela for the remainder of the 2021 season. Cela had previously signed as a short-term replacement player and made one appearance in the CPL this season.

Cela, 22, has made 13 total appearances for Forge FC over three seasons (2019-21), including 11 in CPL play, one in Concacaf League, and one Canadian Championship match, registering one goal and one assist overall. The native of Mississauga, Ontario has also spent time with Sigma FC in League 1 (2018, 2021), two seasons with Grupo Desportivo da Gafanha in the Campeonato de Portugal (2016-2018) and USL’s Toronto FC II in 2015.