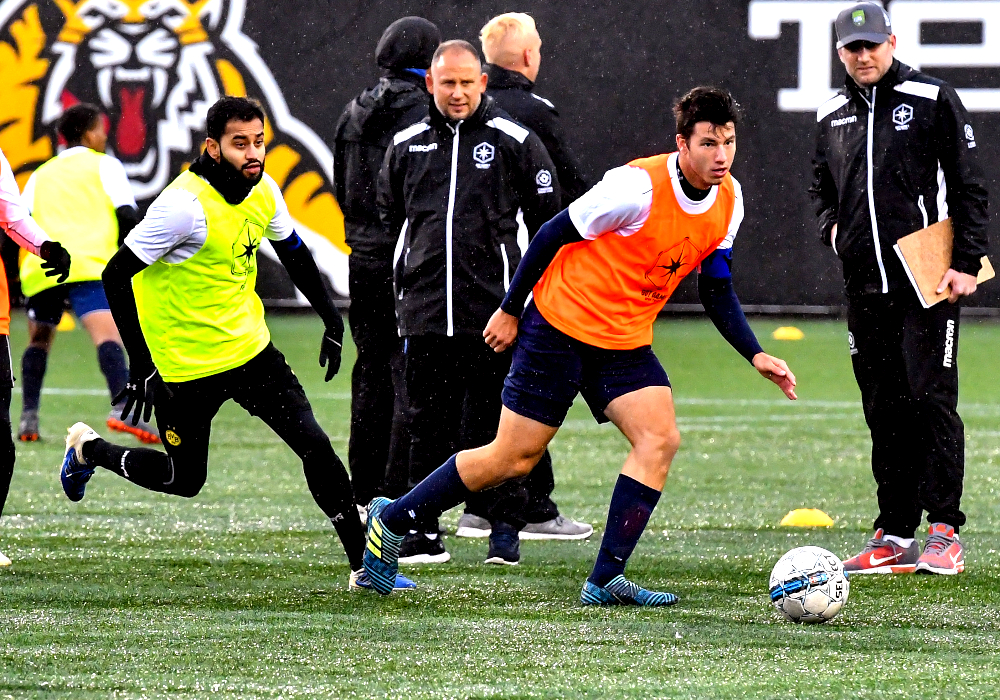 Smyrniotis is best known for building Mississauga-based powerhouse youth soccer academy Sigma FC into one of the sport’s preeminent development programs in North America. As Sigma FC’s Co-Founder, Technical Director and First Team Head Coach from 2005 to 2018, the native of Scarborough, Ontario, has led the program in producing more than 20 youth national team players, seven senior ‘A’ national team players as well as 16 players that have gone on to play professionally in North America and internationally, including Cyle Larin, Kyle Bekker and Manjrekar James of the Canadian Men’s National Team. Additionally, there has been at least one Sigma graduate in each of the 37 Canadian Men’s National Team camps since January 2013 and more than 140 Sigma graduates have gone on to play NCAA and U Sports soccer on scholarship.

“Bobby and his team at Sigma have created one of the best soccer development institutions in North America.” said Forge FC Co-Founder Bob Young. “They have done it by developing talented Canadians from southern Ontario into outstanding national caliber soccer players, many of whom are now professionals playing here and in Europe. We have great aspirations for Forge FC. The success of Bobby’s work with Sigma is a perfect fit for the vision of the Canadian Premier League, and specifically with our goals for Forge FC.”

“It’s an honour and privilege to become the first Technical Director and Head Coach in Forge FC history,” Smyrniotis said. “I believe the Canadian Premier League is creating something special for soccer in this country and I’m excited to be a part of it from the inception.”

As Head Coach of the Sigma FC First Team in League1 Ontario, the 39-year-old Smyrniotis led the academy’s top team as one the winningest clubs since the league’s inception five years ago, including a 28-2-8 record over the last two regular seasons. He was also named a coach in the men’s All-Star game in each of the past four seasons.

Prior to Sigma FC, Smyrniotis worked in the youth academy of Greek Super League power Olympiacos FC as an academy coach in 2003 and 2004. Along with his coaching duties, he supported the club’s youth Technical Director on curriculum development and presentations for both the club and the Hellenic Football Federation.

Smyrniotis is currently completing his Union of European Football Associations (UEFA) A coaching license and has spent years learning best practices alongside high-standing colleagues at pro clubs across Europe and North America. He has also implemented an internal coaching development program at Sigma FC for graduates to get involved working with youth players.

As a player, Smyrniotis played in both the US and Canadian university systems with the College of Charleston and York University, respectively.

Smyrniotis earned a Master of Science degree in Sports Management from the University of Louisville, graduating with honours at the top of his class. He completed his undergraduate studies at York University, where he completed a Specialized Honours Bachelor of Arts degree in Kinesiology & Health Science.