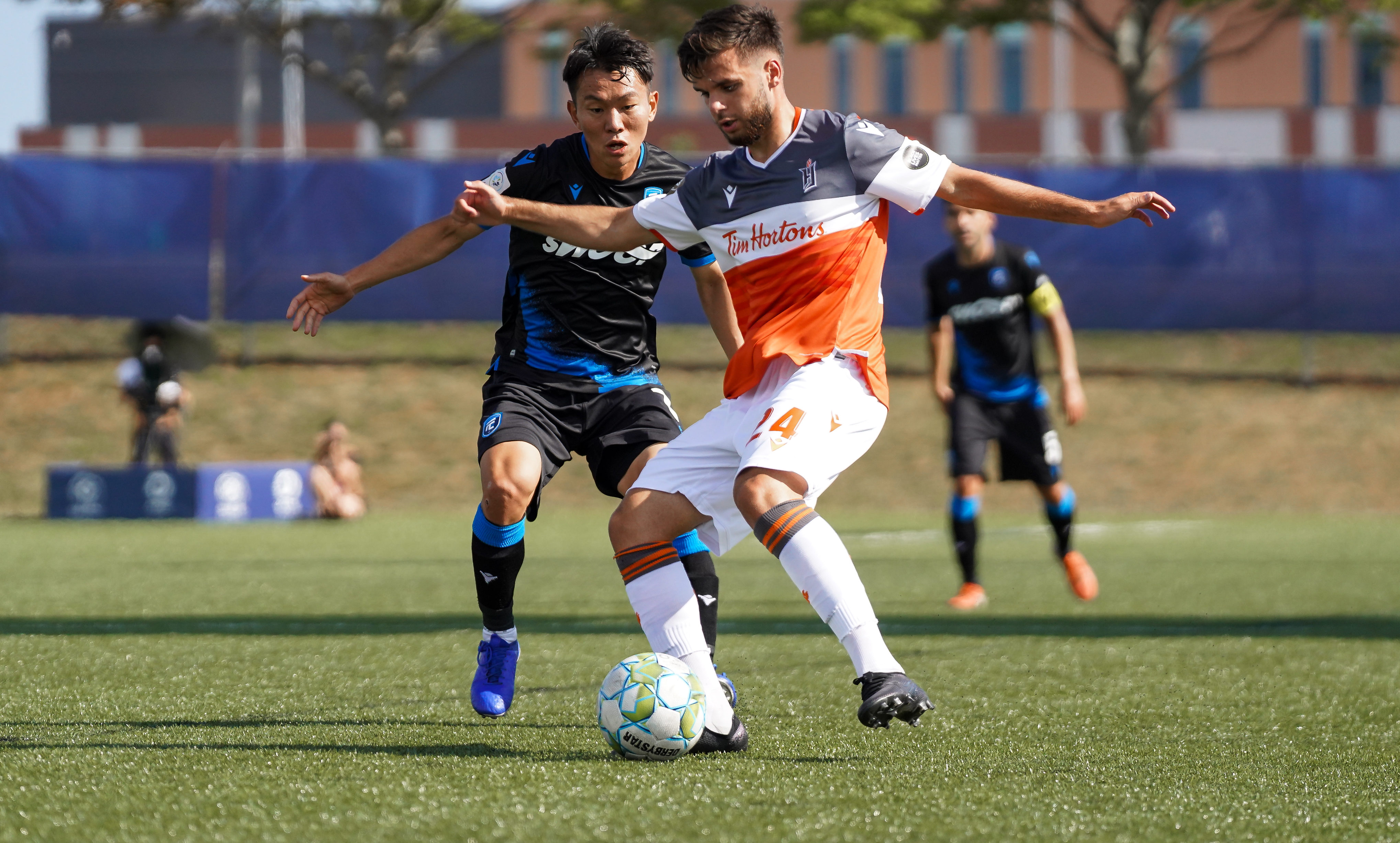 Forge FC announced another returnee on Tuesday, revealing that Belgian midfielder Paolo Sabak will be back in Hamilton for the 2021 CPL season.

The 22-year-old native of Mechelen, Belgium first signed for Forge in the Spring of 2020, and he went on to play in each of the club’s 15 games last season, including every contest at The Island Games and in the Concacaf League. He scored two goals in PEI (both from penalty kicks), and he recorded two assists as well.

The young midfielder was important to Forge’s creative play in 2020, making more passes under pressure (26.83 per 90 minutes) than anybody in the CPL, and he sat near the top of the league in line-breaking and key passes, according to Sportlogiq.

Sabak came to Forge from Dutch second-tier side NEC Nijmegen, where he had played 10 times for the senior team, as well as a number of games at the youth level.

Previously, Sabak grew up in the academy of Belgian club KRC Genk — the same club where Forge teammate Daniel Krutzen earned his youth start — and made his professional debut in Belgium’s top flight at age 17, replacing now-Toronto FC star Alejandro Pozuelo in a 2016 match.

Over the years, Sabak has represented Belgium’s youth national teams at every level from U-15 to U-19, with 22 appearances in total between 2014 and 2017.

With Sabak re-signed, Forge has 14 players confirmed for their 2021 roster, with the midfielder joining a cast that’s so far exclusively made up of returning players from the 2020 title-winning squad. Forge will now have their starting midfield three from the CPL Final — Sabak, Kyle Bekker, and Alexander Achinioti-Jönsson — fully intact heading into 2021.