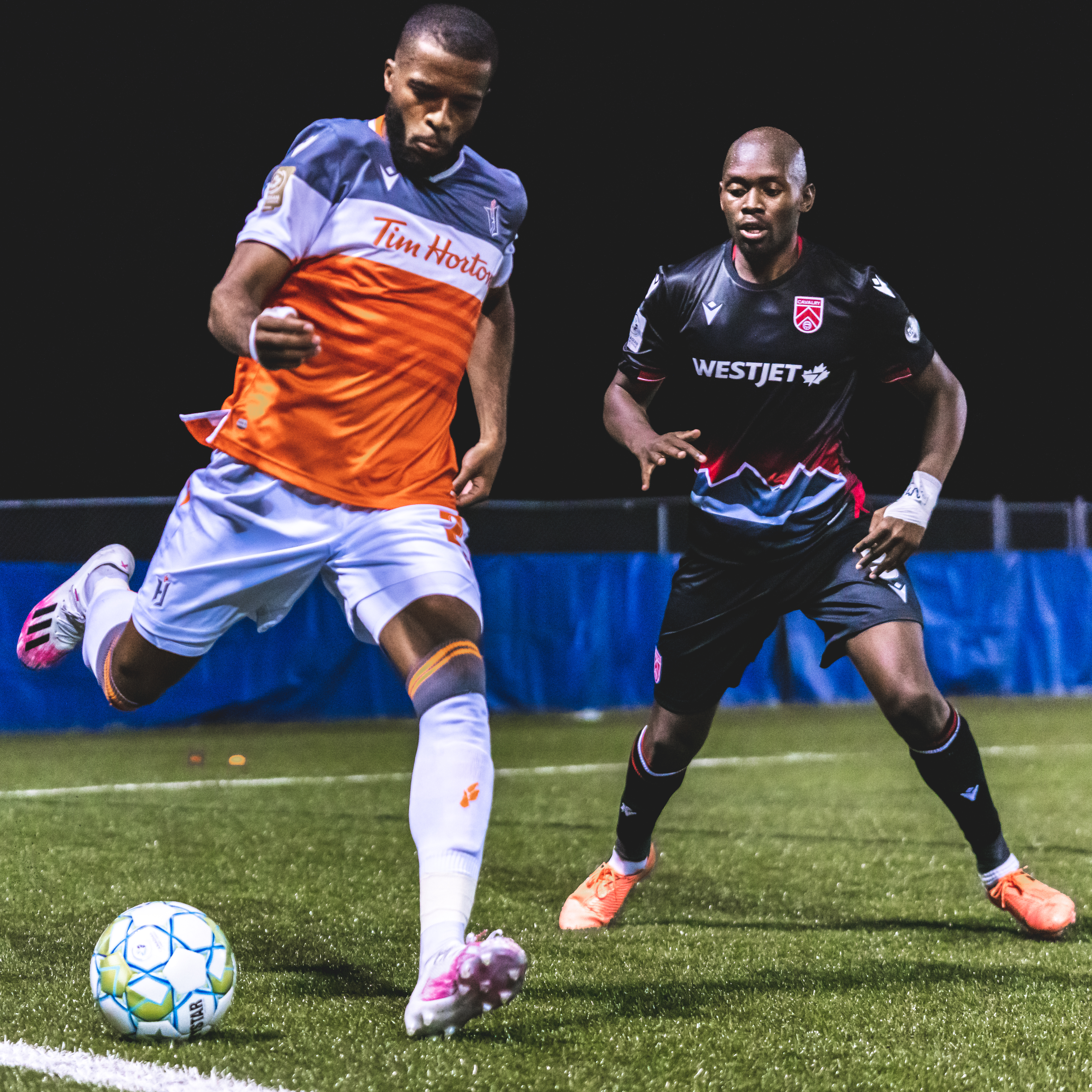 Both Jonathan Grant and David Choinière have signed new multi-year deals keeping them at Forge at least through the 2022 CPL season.

The 27-year-old Grant, a native of Pickering, Ont., has played 23 games for Forge, including three of the four Concacaf League matches in 2020, as well as the CPL Final. Injuries in both 2019 and 2020 ultimately kept the fullback out of the lineup for long periods, but when healthy he was one of coach Bobby Smyrniotis’ preferred options in wide positions.

Typically a right fullback, the pacey Grant made appearances in a number of positions for Forge last year, including reps in both wing positions during the group stage and final of The Island Games, as Forge continued to rotate their attacking setup.

A product of Sigma FC, Grant has also previously played for USL sides FC Montreal and Swope Park Rangers, and he had a short stint with Swedish third tier side Nyköpings BIS before signing with Forge. In 2017 he was named League1 Ontario’s defender of the year while with Sigma.

Grant also represented Canada at the U-23 level during 2015 Pan American Games tournament in Hamilton, and he earned an invite to a senior national team camp that same year.

Choinière, a 24-year-old from Saint-Jean-sur-Richelieu, Que., has seen the pitch for Forge on 38 occasions, including in every match the club played in 2020. The young winger was particularly impactful in the Concacaf League over his first two seasons at Forge, with three goals and one assist in the competition in seven appearances.

Choinière has scored six goals in total for Forge, including one that sealed their first championship in 2019 over Cavalry FC.

Prior to joining Forge, Choinière spent the majority of his career in the Montreal Impact (now CF Montreal) system, playing 15 times for reserve team FC Montreal, as well as seven times in total for the MLS club. He has also played for Canada at the youth level on several occasions, representing his country at the U-15, U-18, and U-20 levels. He earned a call-up to a senior national team camp in 2017.

With these announcements, Forge now has eight players signed for 2021 — all of them returnees from the 2020 and 2019 squads. With David Edgar’s retirement, that leaves 13 players yet to be confirmed. Forge will also be joined in training camp by CPL-U SPORTS Draft picks Garven-Michée Metusala and José da Cunha.