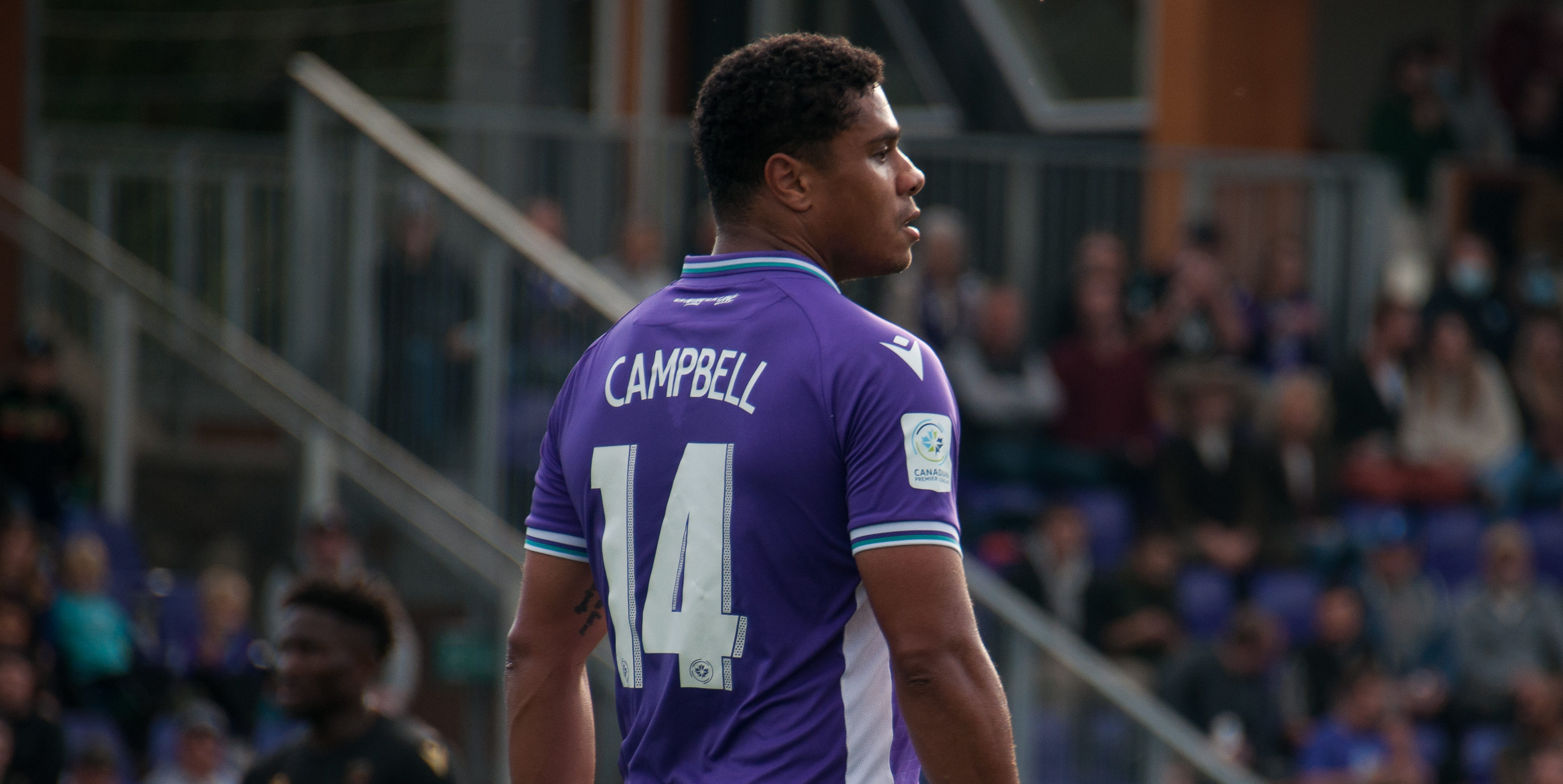 Forge FC announced on Tuesday afternoon that they have signed former Pacific FC striker Terran Campbell to a multi-year contract.

Campbell, a 23-year-old hailing from Burnaby, British Columbia, spent the last three seasons at Pacific, during which time he potted 23 goals in 66 CPL games — putting him second in the league’s all-time leading scorers’ table. The 2021 season was a breakout campaign for Campbell, who scored 13 goals in 30 matches (all competitions) to lead his team and earn himself a nomination for the CPL’s Player of the Year award.

RELATED: CPL off-season roster tracker: Who’s in and who’s out for 2022?

He scored a key goal for Pacific this year in the 2021 CPL semi-final against Cavalry FC, playing a vital role in the club’s successful championship campaign. Now, after leaving the Tridents, Campbell has opted to sign with the club his side defeated in the CPL Final in December, making this one of the most significant off-season player moves in the CPL so far.

The young forward is a versatile attacking player, having spent time as both a centre-forward and a winger at Pacific. He’s one of the best finishers in the CPL, but his hold-up play, chance creation, and high pressing will all make him a valuable well-rounded player for Bobby Smyrniotis’ side.

“We are very happy to welcome Terran to Hamilton and our club,” said Forge director of football Costa Smyrniotis. “His ability to create quality chances for himself and teammates will no doubt make him a valued addition to our group. He is driven to constantly improve his game, and we are happy to be his club of choice to achieve this during these next few important years of his young professional career.”

Campbell first signed on Vancouver Island in early 2019, coming to the CPL after spending most of his prior career in the Vancouver Whitecaps academy program. While there, he played significant minutes with their reserve team in USL, Whitecaps 2, alongside many of his future Pacific teammates.

Now, having joined Forge, Campbell will have the opportunity to play in the Concacaf Champions League, with Forge scheduled to take on top Mexican side Cruz Azul in February in a two-legged Round of 16 tie split between Tim Hortons Field and the fabled Estadio Azteca.

This is the first official player signing Forge have announced ahead of the 2022 campaign.