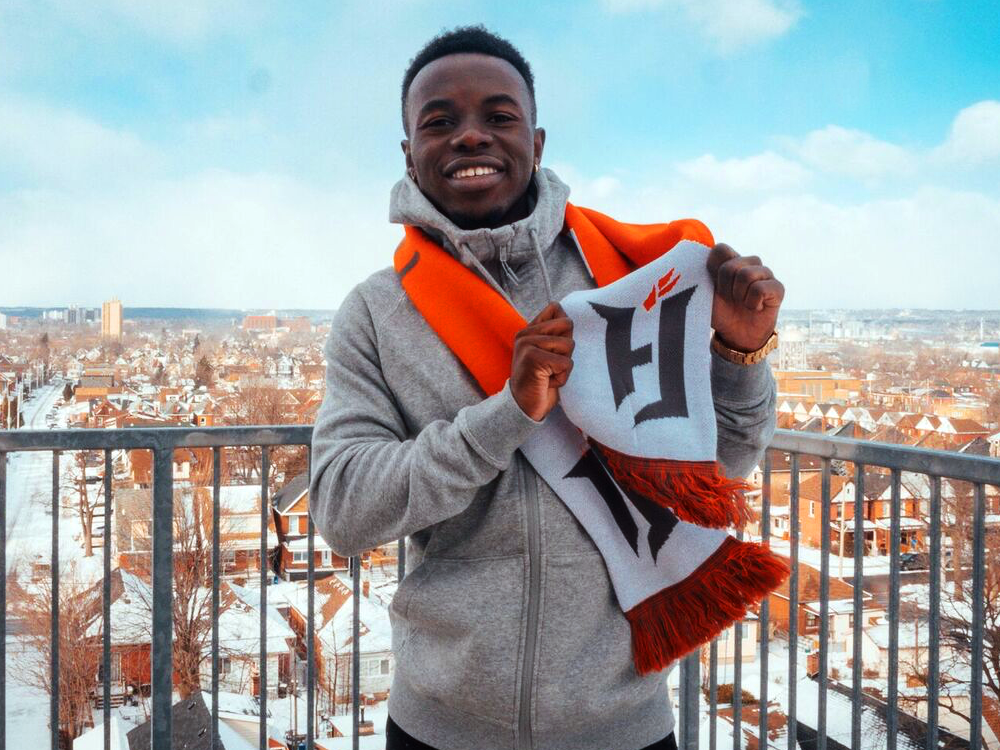 The 23-year-old spent the last two seasons with New York City FC of Major League Soccer, having been drafted by former coach Patrick Vieira in the 1st round of the 2017 MLS SuperDraft (16th overall.)

The 5-foot-7, 160 pound Toronto, Ont. native has represented Canada at the youth and senior international level, having most recently served on the provisional squad for the 2017 CONCACAF Gold Cup in the United States.

“Kwame is an excellent addition to our team and league. On the field he is exactly what we want in a player – technically gifted on the ball, quick off the ball and a high level IQ for the game,” said F0rge FC head coach Bobby Smyrniotis. “At a young age he will bring a very good level of experience from his time with New York City FC and also our national teams. We look forward to his exciting style of play and the additional dimension it will bring to our game.”

Awuah attended the University of Connecticut from 2013 to 2016, starting in all but one of his 83 appearances with the Huskies while registering eight goals and 26 assists. The two-time American Athletic Conference First Team selection (2015, 2016) was also the AAC Co-Midfielder of the Year in 2015, named to AAC Honor Roll in 2014, and was selected to the AAC All-Rookie Team in 2013.

Awuah is a graduate from Sigma FC academy, where he last played in 2016 and earned selection to the League1 Ontario Western Conference All-Star Team.