Forge FC will begin its second international sojourn in club history next month when it kicks off play in the 2020 Concacaf League.

Last year, Forge became the first CPL side to represent the league in international competition, beating Guatemalan outfit Antigua GFC 2-1 on aggregate in the preliminary round of the Concacaf League, before falling 4-2 to CD Olimpia of Honduras in the round of 16.

This year, the CPL champs head to El Salvador to face Municipal Limeño on Oct. 22 in a preliminary round matchup. If Forge wins that, a round of 16 contest with FC Tauro of Panama awaits.

Forge has a little less than a month to prepare for their showdown with Municipal Limeño before heading to Central America, giving them plenty of time to get ready to face the Salvadoran club.

Municipal Limeño – full name Club Deportivo Municipal Limeño – is a Salvadoran club based in the city of Santa Rosa de Lima, which is located in the eastern part of the country, in the province of La Unión (near the border of Honduras), and is about a four-hour drive from the capital city of San Salvador.

What kind of pedigree do they have?

The team competes in the Primera División, El Salvador’s topflight.

Municipal Limeño has spent most of its time in the lower leagues, winning promotion to the first division on four occasions – the last time coming in 2016.

It has won five Segunda División titles, and they were finalists in Primera División twice, in 1999 and 2001.

Municipal Limeño is currently in its pre-season, working towards the start of the Apertura 2020 tournament, which kicks off on the weekend of Oct. 10-11.

The club plays its home games at the modest Estadio Jose Ramon Flores, which has a seating capacity of 5,000, and its manager is Álvaro Misael Alfaro, a former goalkeeper who played for El Salvador’s national team.

While not official, it is expected that Municipal Limeño’s game against Forge will be played at Estadio Cuscatlán in San Salvador, which is the largest stadium in the country and is the home ground of El Salvador’s national team, as Estadio Jose Ramon Flores does not meet Concacaf requirements.

Who is their star player?

Municipal Limeño finished third in the 2019 Apertura, losing to Santa Tecla in the quarter-finals. The club missed qualifying for the Clausura playoffs by one spot in the league table, as Edwin ‘Inter’ Sanchez bagged five goals, finishing in a tie for second in the goal-scoring race.

Fellow Salvadorians Harold Alas and Walter Guevara are also key players to Municipal Limeño, who recently lost one of their best players in Clayvin Zúniga: The Honduran left the club and signed with a team in India.

According to Salvadorian sports journalist Raúl Recinos, the team’s tactical system depends on their opponent.

“Coach Misael Alfaro likes more of an approach with four defenders, five midfielders and a single striker. Clayvin played more as a winger, but was very accurate with his shots on target,” Recinos told CanPL.ca.

“(Alfaro) recently signed Colombian Jeison Quiñónez, who he is not very fast, but he is supportive of his teammates in attack.”

What kind of international experience does Municipal Limeño have?

Although formed in 1949, Municipal Limeño will be making its debut into Concacaf competition this year.

Forward Rudis Corrales played for Municipal Limeño from 1997 to 2003 before moving to Club Deportivo Águila.

Corrales scored 17 goals in 78 appearances for El Salvador’s national team, and represented his country at three Concacaf Gold Cups (2002, 2003 and 2009).

He once famously scored five goals in a World Cup qualifier vs. Anguilla in 2008.

Is it true they have a pig dressed as soccer player on their team crest? 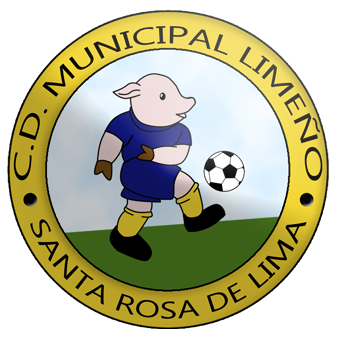 Municipal Limeño are also known as “cucheros” – they are called cucheros because the team’s mascot is a pig.

In El Salvador a pig is also called “cuche,” and that’s why Municipal Limeño are known as the “cucheros.”