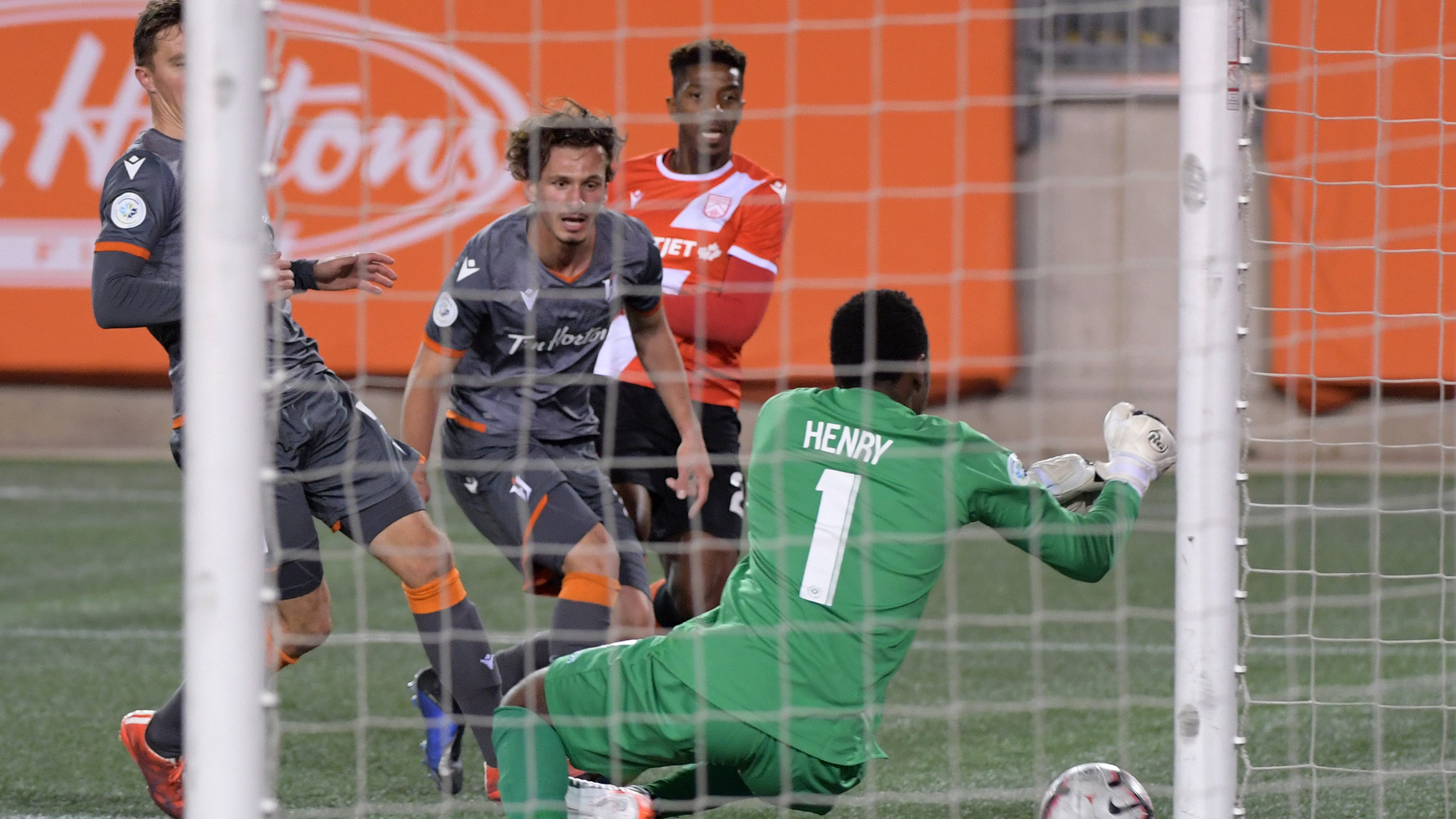 Very little separates Forge FC and Cavalry FC ahead of the opening leg of the Canadian Premier League Finals at Hamilton’s Tim Hortons Field on Saturday.

Six points was the gap between the league’s runaway titans over the inaugural Spring and Fall seasons. Across seven matches, the Cavs and Forge were dead even in goals scored. For every punch thrown, a counterpunch received.

If there is an edge to be gained, perhaps it is this: composure under the bright lights.

“A lot of players crumble in big games, so being able to draw on your experience in the past (makes a difference),” he said.

So, which team boasts more big-game experience: Forge or Cavalry? Read on to see how each club stacks up.

The backbone of this team can be traced back to League1 Ontario. Ten of Forge’s players suited up for coach Bobby Smyrniotis at Sigma FC last season. Breakout CPL stars Tristan Borges and Kadell Thomas were among the bunch. Ditto for goalkeeper Triston Henry, a two-time L1O All-Star, and defender Dominic Samuel, a former L1O Defender of the Year.

In 2018, the closest Sigma FC came to the big stage was the L1O Cup Semifinals. They lost to Toronto FC III on penalties, but both Giuliano Frano and Marcel Zajac converted their attempts. If the second leg of Finals 2019 should end in penalties on Nov. 2 in Calgary, Smyrniotis can have confidence he’ll have options against the Cavs.

Kyle Bekker brings a range of big-game experience to Forge. He has 18 caps for Canada, including Concacaf Gold Cup appearances against Mexico, El Salvador, and Panama. Bekker won the 2017 NASL Soccer Bowl with the San Francisco Deltas, notching a late assist to secure the 2-0 victory. With Toronto FC, he played both legs of the 2014 Canadian Championship – though ultimately, the Reds lost 2-1 to Montreal on aggregate.

By far, the most experienced member of Forge is David Edgar. He has 42 caps for Canada, including goals against Cuba and El Salvador, both in FIFA World Cup qualifiers.

But the brightest spotlight he might have faced was New Year’s Day in 2007, suiting up for Newcastle United in his home debut in the Premier League. Then just 19 years old, Edgar was tasked with playing fullback – a departure from his usual role as a central defender. His opponent? A visiting Manchester United club with Cristiano Ronaldo. The Kitchener, Ontario-raised Edgar lifted Newcastle to a 2-2 draw, scoring a 25-yarder in the 74th minute.

“He’s a leader, and he’s got a lot of confidence,” stated Simpson, a former teammate of Edgar’s with the Canadian national team. “He can rally his team; he can bring the calm, clear, collected power and confidence to his squad.”

Where Forge’s backbone comes from L1O, the Cavs take their core from USL League Two. Twelve of Cavalry FC’s players – and most of the club’s starters – suited up for coach Tommy Wheeldon Jr. with Calgary Foothills FC last season. Before goalkeeper Marco Carducci earned a call-up from John Herdman’s Canadian team in September, he backstopped Foothills FC to the 2018 USL PDL Championship. Nico Pasquotti scored the game-winner and was named PDL Championship MVP.

In a 72-team league, the PDL Championship is damned impressive. There’s a reason the Cavs emerged as the club to beat in the CPL. Sergio Camargo, Joel Waterman, Dominick Zator, Elijah Adekugbe all came from the same ranks under Wheeldon Jr. last year.

Mason Trafford has his share of big-game experience. The centre-back played for the Vancouver Whitecaps during their run to the 2009 USL Finals. The 33-year-old also played a key role in the Ottawa Fury’s 2015 NASL Fall Championship run, during which the club suffered just a single loss. That year, Trafford earned the Fury Supporters’ Player of the Year award.

Cavalry’s answer to David Edgar, in terms of lengthy resumes? Nik Ledgerwood. (Yet another member of that Championship-winning Foothills team.) With 50 caps for Canada, Ledgerwood boasts more international experience than anyone in Finals 2019. The 34-year-old has played in 16 FIFA World Cup qualifiers and eight Concacaf Gold Cup matches, against the likes of USA and Mexico. In 2016, Ledgerwood scored for Canada against El Salvador.

“I’ve seen him play for years,” said Simpson, who donned the Canada reds with Ledgerwood. “Bags of experience. But he’s also extremely passionate. He’s somebody that will lead by doing, and he’ll be able to rally the troops for the big games.”