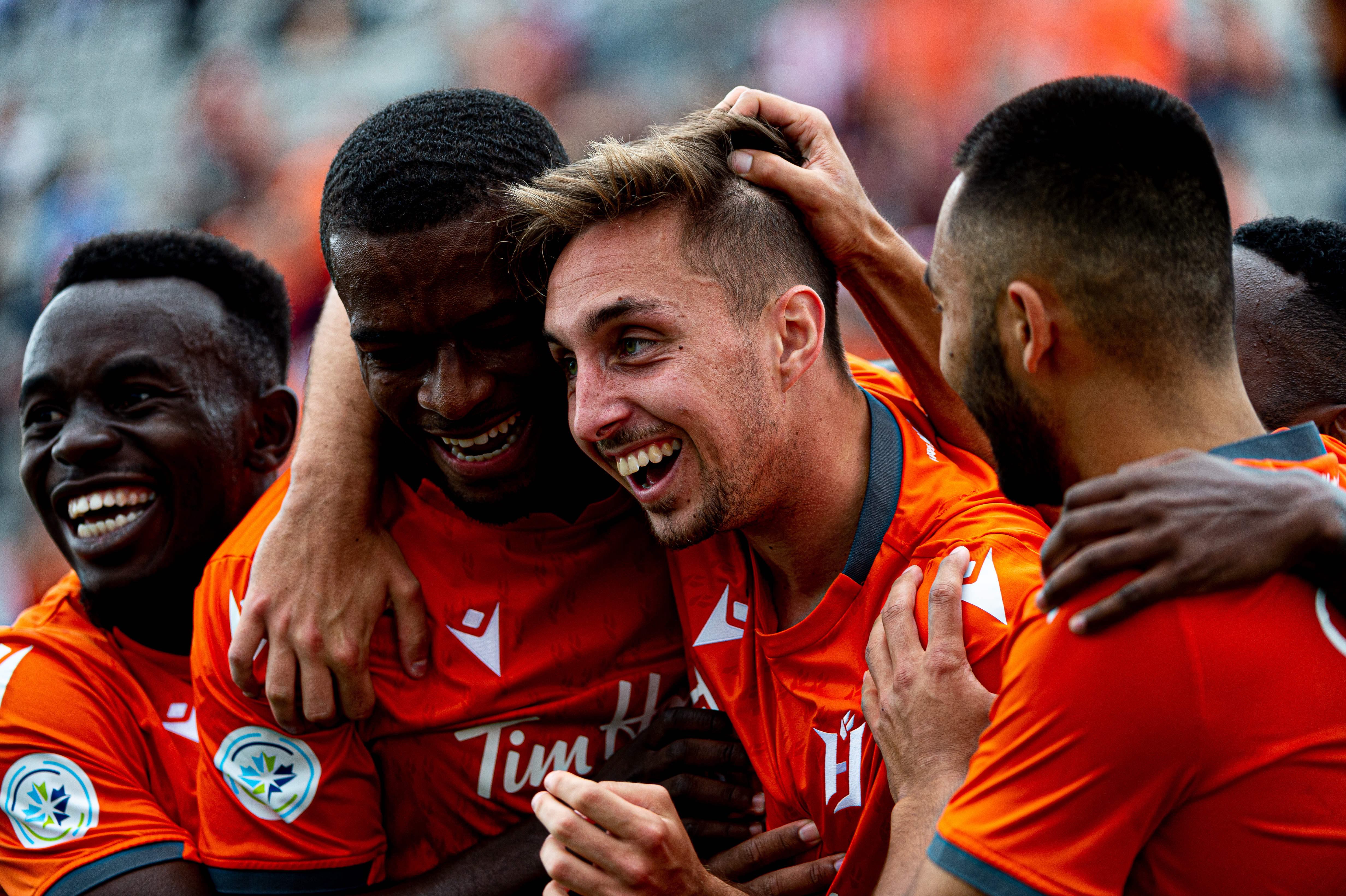 HAMILTON – What is referred to as “The 905 Derby” – a rivalry between Hamilton’s Forge FC and York9FC – may make sense on paper, as the two Ontario-based clubs make up the closest pair of professional outfits in Canada.

But, over the course of the Canadian Premier League’s inaugural season, these two teams have yet to really spark the true emotion of rivalry.

In their three contests so far, Forge FC holds the clear advantage, picking up two wins and a draw – including Sunday’s 2-1 victory at Tim Hortons Field, a match which the Hamiltonian outfit dominated over the course of 90 minutes, a penalty concession notwithstanding.

Perhaps it’s the perfect example of a Fall season that has seen Forge FC become a dominant force within the Canadian Premier League, too.

The Spring season was a solid one for Forge head coach Bobby Smyrniotis’ club, who finished 2nd just behind their truest rival in a sporting sense, Cavalry FC. However, it seems Smyrniotis’ side has turned it up a notch in the Fall, and have truly bought into his philosophy, sitting pretty atop the standings with a game in hand on the Cavs.

“I think the guys have done a great job at sticking to things tactically,” Smyrniotis said, after the match. “Listen there is a lot of good players that were out there today, not only for Forge, but for York, and in every game. The biggest difference at this level is how you go at things tactically, not only from the coaching staff – because we all have good ideas – but it’s about how your players implement (things).

“If they can stick to that, then usually you’re trying to put together a good plan to go after the opponent. I think today our plan was very good and our guys executed it very well.”

But, seemingly as always, Smyrniotis wasn’t fully satisfied, either.

“Our movement off the ball I thought was fantastic in those small spaces and I think we had good ball rotations … at the end of the day, we’re just happy with those three points, but I think we could have added some more goals today.”

Goals haven’t been an issue for Forge FC this Fall campaign. Already, the Orange and Grey have surpassed their Spring goal mark, and in one fewer match, too. Coupled with a game in hand, it primes Forge for a strong run down this final stretch of the 2019 season, which will be significantly more straightforward for the Hamiltonian outfit.

See, the reason Forge has a game in hand is because of how busy the club has been during this Fall portion, balancing CPL action with the travel and additional match preparations of CONCACAF League play. Having travelled to Guatemala and Honduras in recent weeks, Forge has now played seven matches in the last month, and while Smyrniotis knows their experience in CONCACAF may have added some miles to his team, he affirmed that they’ve certainly helped performances, too.

“I think the biggest thing we get out of competing in CONCACAF is that we built more confidence in our team,” Smyrniotis told CanPL.ca. “I think we played a couple of good teams in Antigua GFC and C.D. Olimpia – teams we didn’t know anything about – and we came out and posted a pretty good record with two wins, one tie and a loss to a very good team down in Central America.

“So I think that builds a lot of confidence in the group and cohesion; also, going to some of these places that were new for our players helped them build confidence. It’s now showing on the pitch.”

That newfound confidence will certainly be on display when Forge takes on Valour FC on Thursday, though Valour might find it difficult to match their opponents, having lost 8-0 to the Cavs last week.