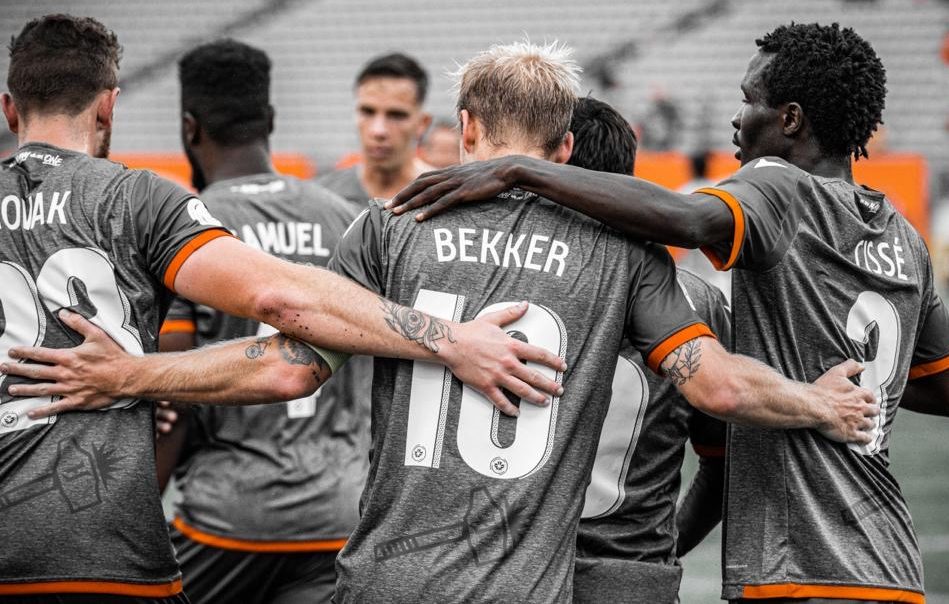 Forge FC’s 3-0 win over Pacific FC and Cavalry FC’s dramatic 1-1 draw with York9 FC have given us some clarity in the CPL’s Fall season.

With the results, Forge have officially clinched their spot in the 2019 Canadian Premier League Finals, where they’ll meet Spring season winners Cavalry.

Pacific, York9, FC Edmonton, and Valour FC have now all been mathematically eliminated from contention for a spot in the Canadian Premier League Finals, joining HFX Wanderers, who were eliminated last weekend.

With Forge first place in the table with 28 points, and Cavalry second with 26, no other CPL side can catch either of them, due to the two matches the clubs will play against each other in October. As a result, Forge and Cavalry will compete in the two-legged Finals 2019, slated to take place on October 26 and November 2.

Although they stole a point from nine-men Cavalry with a late equalizer, York9’s draw was not enough to keep them alive. They have 17 points through 14 games, meaning they can reach a maximum of 29 (higher than either of the top two clubs’ current totals), however those two scheduled matches between the Cavs and Forge mean that at least one is guaranteed to hit at least 30 points.

FC Edmonton kept their slim hopes alive with a 1-1 draw at HFX Wanderers FC earlier on Saturday, but with Forge now on 28 points, and the Eddies unable to surpass a maximum of 27, Jeff Paulus’ side will have to settle for a third-place battle.

Pacific, on 15 points with 14 games played, can also now only achieve a maximum of 27 points. Terran Campbell’s missed penalty on Saturday now looms large as a draw in Hamilton would’ve kept them in the race.

Finally, Valour — idle this weekend, but looking on with great interest — sits at 16 points through 14 matches, meaning their maximum is 28. However, since Forge plays Cavalry FC twice in October, it’s guaranteed that one of the two sides at the top of the table will pass 28 (if they draw both — both sides dropping the most possible points — then Forge will be on 30 points).

Even if Cavalry defeats Forge over both of those upcoming matches, Forge has already locked in second in the cumulative table (the second route to the Canadian Premier League Finals), meaning the results of those next two tilts – and, subsequently, the outcome of Cavalry topping the Fall table in total – wouldn’t serve any of these team’s interests, regardless.