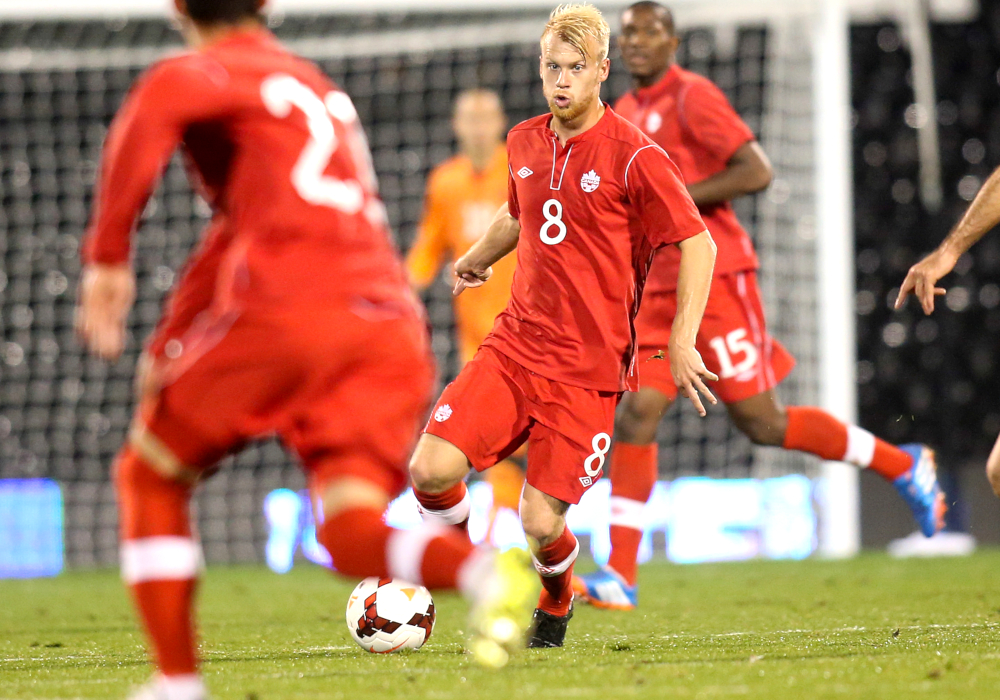 “We’ve been given a responsibility as a big team in this league,” Bekker told CanPL.ca. “We just need to go in and be calm, ready to be part of history.”

With any game like this comes the potential to take your place in history; first goalscorer, first captain, first everything.

Nanco, a striker, is well aware of the ink set to spill on the record books, especially as an attacking player.

“I would love to get the first goal and set the tone for the team,” Nanco said. “Putting a stamp on Forge FC and having my name go down in history — it’s something every player wants. That would be amazing if that could happen for me.

“It’s going to be very high-emotion for that reason too.”

Bekker says he will be preaching mental strength in Forge FC’s locker room as some of his teammates prepare to play in front of their largest audience.

“You want to have a calm mind so you’re able to take that experience in,” Bekker said. “You don’t want it to pass you by. If you go in as strong and prepared for the moment as possible, you’ll be able to enjoy it more.

“I think we’ll have a good balance of experience and youthful ignorance going into that game,” he added. “It’s a tough thing to deal with in your first professional game, especially when it’s this big. But if you’re young enough, you don’t even think about it.”

This won’t be Nanco’s first, but at 24 years old, it surely will be one of the biggest.

“Coming back here and making a name for Canadian soccer is something we all want to do,” the North York native explained. “That’s what’s going to get the emotions going for us on a day like that.”

For Bekker and Nanco, Tuesday’s announcement was evidence their long wait is almost over.

“It’s the excitement of getting things going, finally,” Bekker said. “Obviously a lot of nervousness, but I just want to get things underway.”

Nanco concluded: “The wait is over … Come out and enjoy it.”