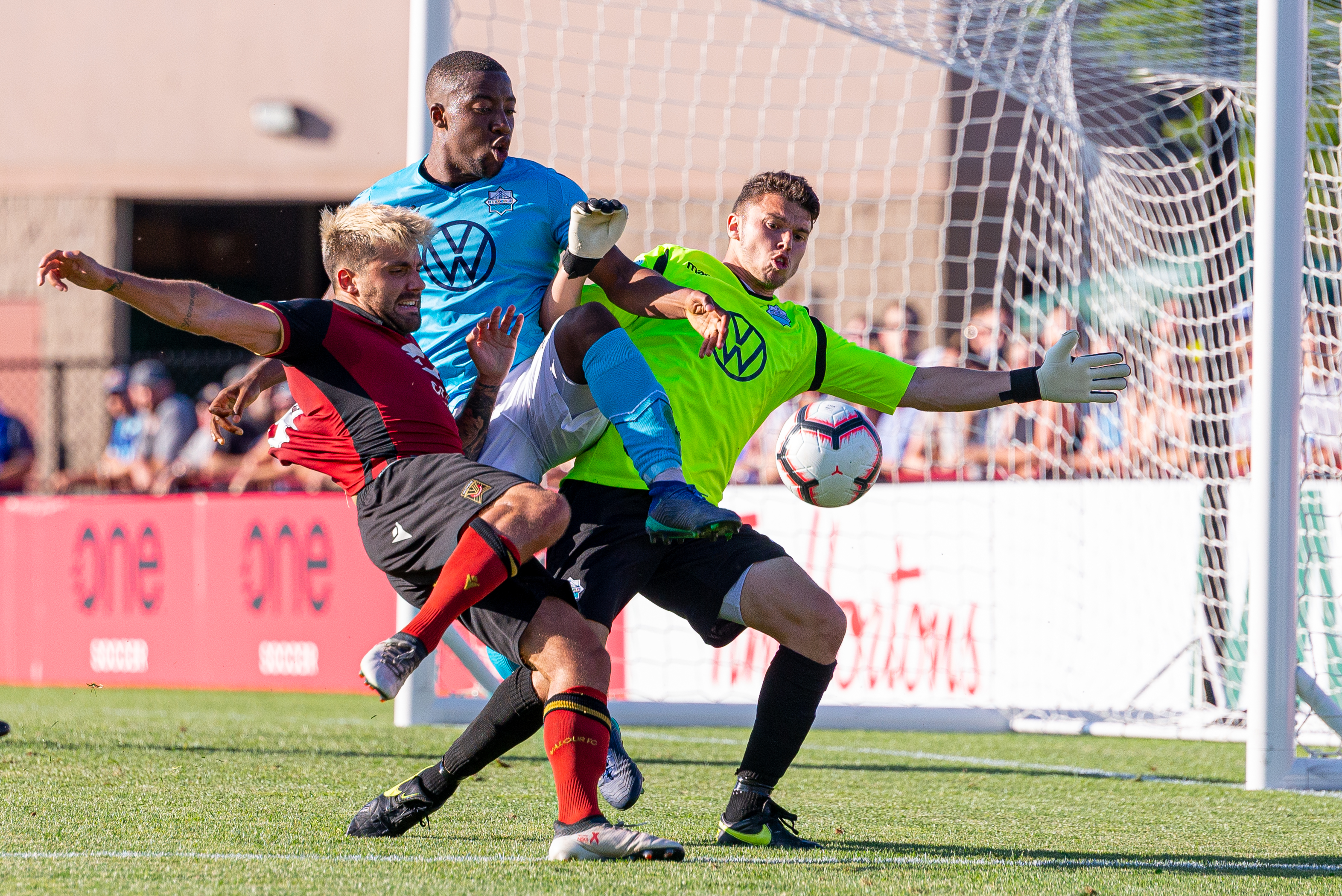 Looking to watch Valour FC but short on time? Fast forward to the 89th minute.

Rob Gale’s side had been gifted injury-time penalties in back to back matches heading into their tilt with HFX Wanderers in Halifax on Civic Holiday Monday.

While that late penalty almost came for Valour (more on that later), it was the final moments again that defied their match; this time, showing their frustration on route to a 1-0 loss.

As the clock struck 90 minutes, Valour captain Jordan Murrell was shown a red card after making contact with referee Filip Dujic. Murrell showed his annoyance further, kicking a pitch-side table as he headed to the locker room.

“I’ll look at what provoked the frustration,” Gale said to OneSoccer. “It’s difficult to understand how we’ve ended up with ten men.”

“It’s disappointing from our captain, not what we want to see. We’ll address that internally.

A series of late fouls and yellow cards proceeded, followed by yet another potential penalty going in Valour’s favour.. Michael Petrasso, who saved Valour a point via a late penalty at home to Pacific FC on Wednesday, was tugged by HFX’s Zela Langwa at the near post, eventually going to ground without a spot-kick awarded.

“[That’s a] Penalty. Yep,” Gale said to reporters after watching a replay of the sequence on OneSoccer.

“I thought that was a good shout at the end.”

Valour failed to record a shot on target in the second half, leaving Matthew Arnone’s marker the difference between the sides.

“I was really pleased with the effort showed,” Gale continued. “Couldn’t fault our lads after the goal.

“We got in at 3am yesterday,” Gale said of his side’s preparation for the east coast tilt. “We were kept up last night, they stuck to it to the final whistle… I can’t fault the ones who played.”

Valour will look to end their winless skid, late penalty or not, in York Region on Saturday, when they head west to take on York9 FC (3:30 p.m. ET/OneSoccer).