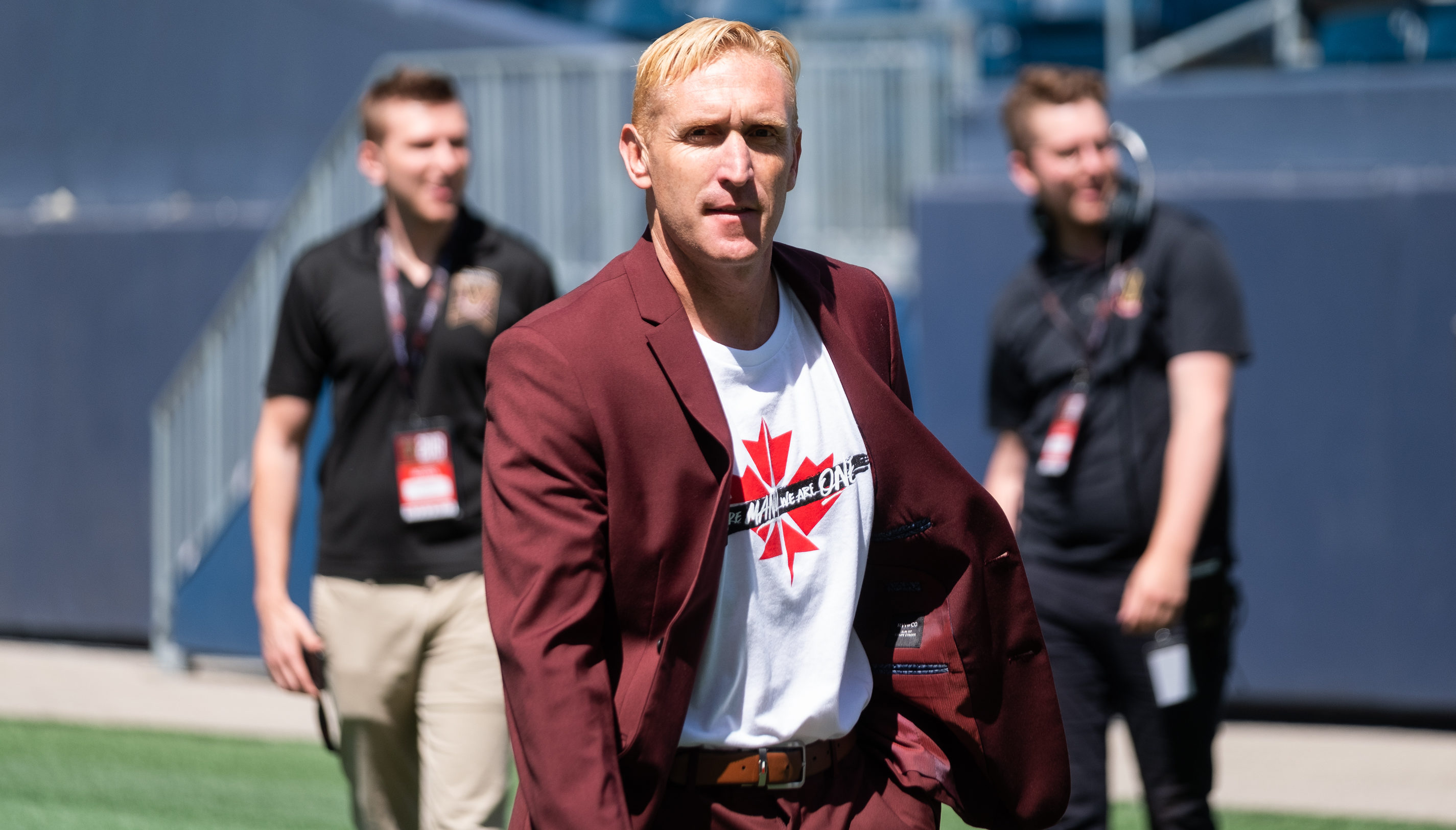 Following his side’s sixth consecutive defeat in all competitions, the Winnipeg-based side may be low on confidence at the moment. But, Gale is aware of the concern surrounding his club after a 3-1 loss on home turf to York9 FC, which caps a Spring season comprising of three wins and seven losses, and knows the Fall is a chance to reset, too.

“I don’t think anyone in our camp would call it a crisis,” Gale said post-match. “Obviously we want to stop the losing streak (though). We need to regroup and come out all firing, and we can’t do it individually.”

Early on, it appeared that Valour was set to close off the first half of the season on a high. A little deception by Marco Bustos on a free kick opened up a lane for Martin Arguinarena to take the ball and cross it towards Tyler Attardo, who headed home the opener within the first minute.

But York9 didn’t back off after the early goal. Morey Donner smashed the ball into the top corner in the seventh minute to equalize. Manny Aparicio’s free kick in the 57th minute was deflected by the Valour FC wall and into the open goal to put the visitors in the lead. Simon Adjei Karlsson sealed the victory on a breakaway in stoppage time.

“I was tracking the ball (over the wall) and I put all the weight into my one foot to take off and the ball clipped off the wall and went the opposite way,” Valour FC goalkeeper Tyson Farago said when asked what he saw on the Aparicio free kick goal.

It was a rough afternoon for the hometown goalkeeper. Head coach Rob Gale said he couldn’t fault Farago for the goals he conceded and credited his keeper for playing through injury after a collision with the post in the second half.

The injury happened after other injuries forced the club to use their substitutes elsewhere. Already without Josip Golubar, Michael Petrasso, Ali Musse and Nico Galvis for the match – centre back Adam Mitter went down in the 53rd minute and Dylan Sacramento tried to play through an injury of his own not long after before being subbed off.

“(Tyson) battled through,” head coach Rob Gale said. “Once those injuries stop happening you can make subs for tactical reasons whereas the last couple of games it’s been forced substitutions.”

It’s a story that has played out on several occasions for the Winnipeg side. Chances are created, but not finished, injuries pile up, and set pieces to end with the ball in the back of the net.

The hope from the club is that the new Fall season brings a new storyline.

“You put the Spring season in the back of your head, wipe it clean and start new,” Tyson Farago said.

“They know they have to elevate their game,” Rob Gale said. “We can’t keep doing the same things and losing the same way so we will get healthy, get fit and come back with a massive reset.”