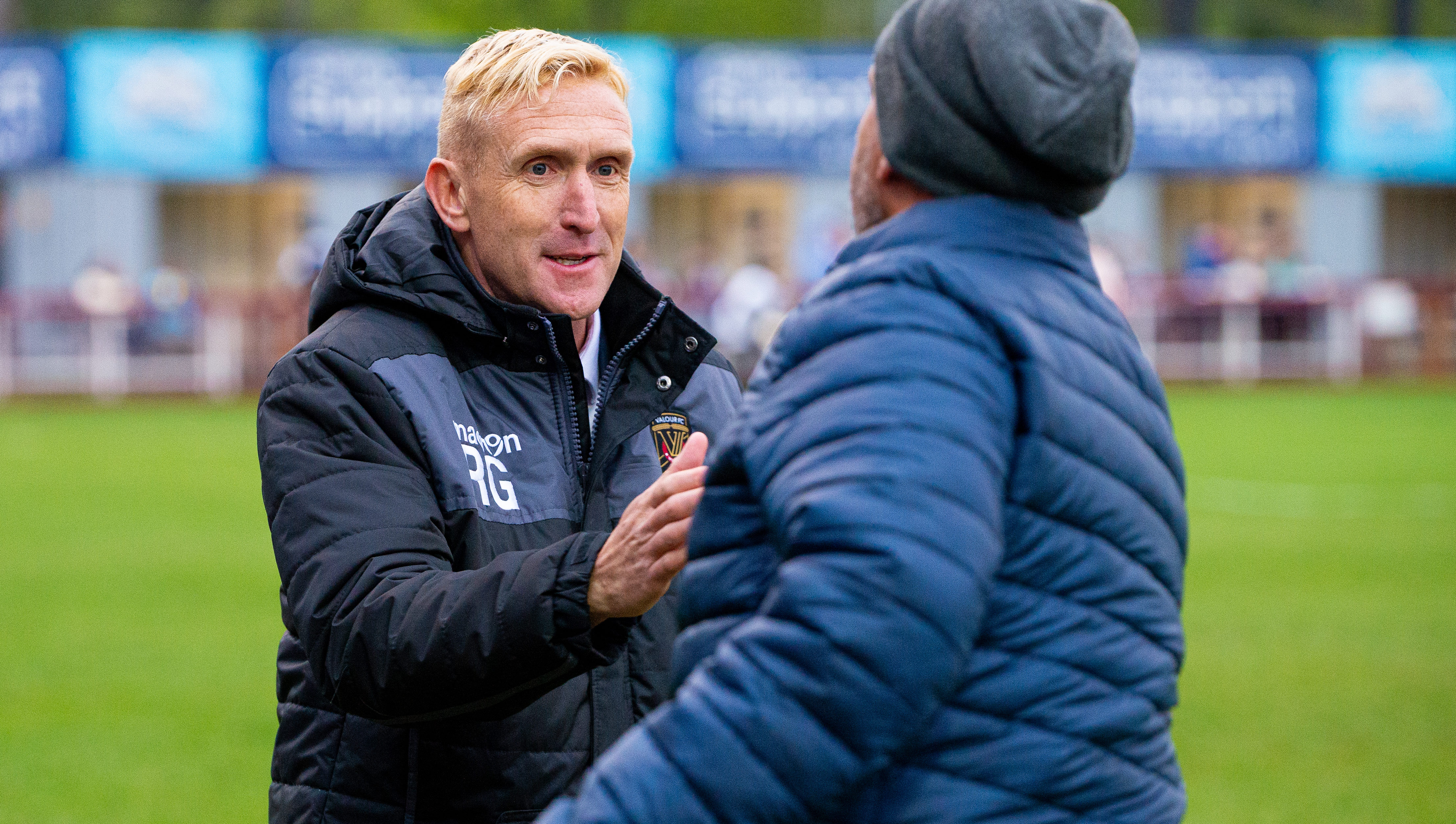 HALIFAX – It’s amazing how quickly momentum can shift in the sport of soccer.

With Valour FC comfortably dictating play in the first half on Wednesday against HFX Wanderers FC, it took just two minutes for the latter to turn the game on its head and take a 2-1 lead, which they managed to preserve until full-time.

Valour, hoping to gain an edge away from home in this Canadian Championship tie, appeared to be in the ascendancy after Marco Bustos scored 33 minutes in to cap off a dominant half-hour run of possession. It was not to be, however, as HFX found an equalizer less than six minutes later, the linesman ruling Tomasz Skublak’s header off a corner kick had squeaked over the line.

“I thought we were magnificent from about the 15th minute to the 40th,” Valour coach Rob Gale said. “Complete control of the game, best football I’ve seen bar none from our team. The set-piece changed it.”

In the space between the 15th minute and that 39th-minute turning point, Valour enjoyed about 63.7 percent possession, with three shots (including the Bustos goal) and none for HFX.

The game’s momentum turned on a dime, though. The Wanderers had another three attempts and 65.2 percent possession in the final five minutes of the first half, with Mohamed Kourouma scoring their second goal 140 seconds after Skublak’s. Even out of the gate in the second frame, the Wanderers had three chances (including a Skublak shot off the post) to Valour’s nil before Gale made two substitutions to shake things up in the 64th minute.

Gale lamented the fact that his team allowed the crowd at Wanderers Grounds back into the game after silencing the home fans.

“I was disappointed that after the goal the crowd got up, and we didn’t manage that momentum for five minutes before halftime,” he said.

Although he wasn’t quite convinced that Skublak’s header had definitively crossed the goal line, Gale ultimately put the blame on his side for failing to put the game away.

“It was a disappointing result,” admitted Gale. “I thought we were worth a tie probably. We didn’t test enough but we created chances and we had them on the back foot for long stages.”

Really, the result of Leg 1 comes down to a very brief period of the game. Down a goal in the second half, Valour had even more possession than the first, coming quite close to leveling the score on several occasions in the final 20 minutes.

At times in the second half, Valour’s frustration appeared to bubble to the surface. Bustos picked up a yellow card for dissent in the 72nd, and he didn’t manage to put any of his three successive attempts on target.

“We hold each other to high standards,” Bustos said, referring to moments that may have looked like a disagreement between teammates. “We’re all good footballers.”

Things aren’t all that bleak for Valour, really, despite a one-goal deficit. They bagged a precious away goal in Halifax, and now they head back to IG Field for a rematch, where a 1-0 win would see them through to QR3 and book a meeting with the Ottawa Fury.

“We’re competing to win a trophy here,” Bustos said. “For me this is just the first half of the game.”