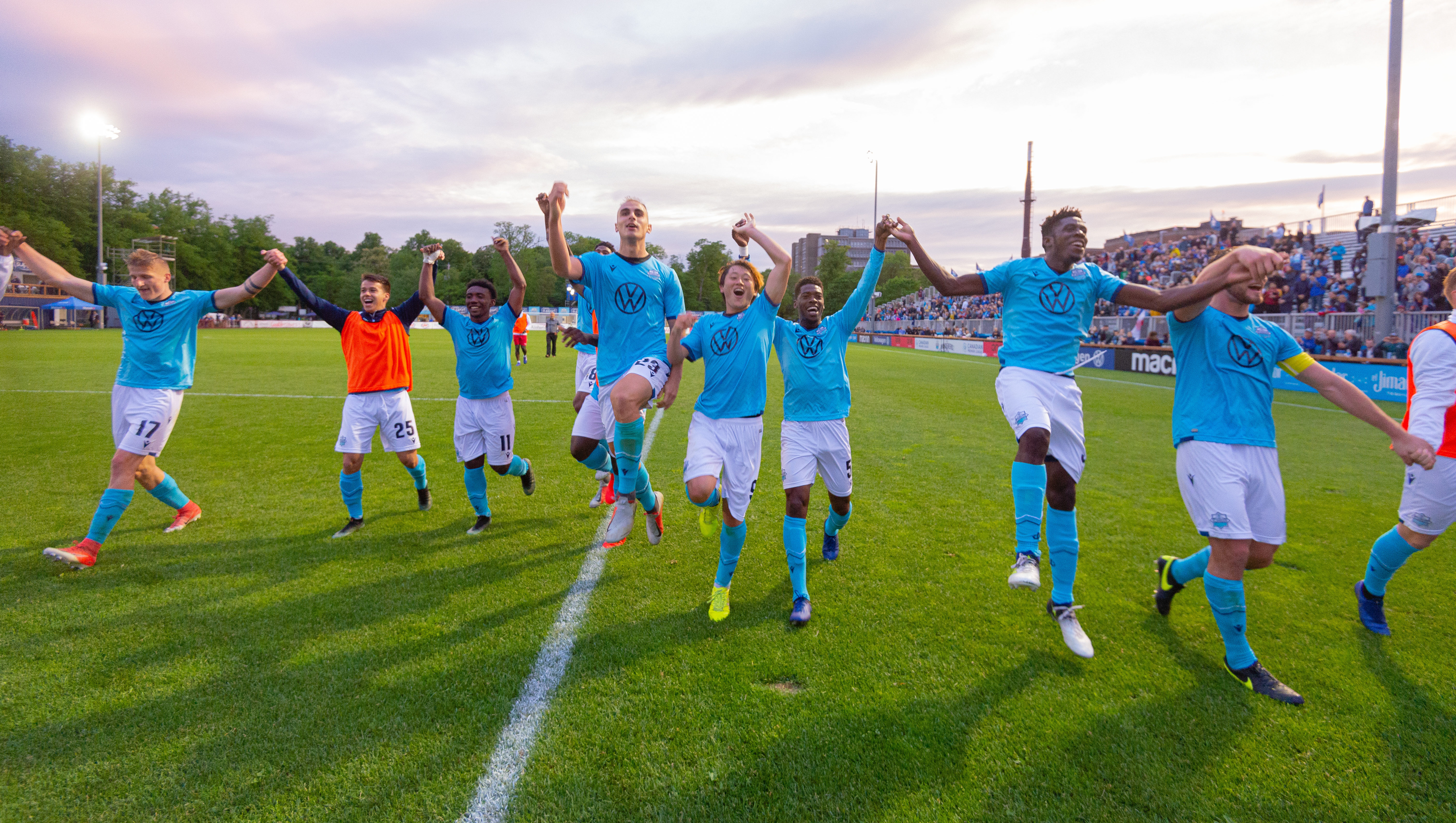 It’s been a memorable 35-match run in the Canadian Premier League. Seven clubs launched a professional soccer league in Canada – six of them playing their first matches in club history.

With history to be made come people set to document every new moment.

From that inaugural game in Hamilton on April 27 to the final matchday on July 1, here are the top photos taken from the opening CPL campaign.

There’s nothing more Canadian than electing to go outside in terrible weather. Less than a week after Telfer scored that inaugural Canadian Premier League goal, Cavalry FC supporters showed their Canadian pride, cheering for their side against Telfer’s York9 at Spruce Meadows. Albertan Spring weather at its finest.

At 17 years, 9 months and 11 days old, Valour FC striker Tyler Attardo became the youngest goalscorer in the CPL (so far) moments before this photo was taken in a match against Pacific FC on June 20th. The Winnipegger scored this first professional goal in front of a home crowd, too, with IG Field erupting in excitement.

What a moment from Pacific FC’s Ben Fisk, playing to a home crowd on Van Isle for the first time. Fisk and PFC were victorious in that inaugural match, taking down HFX Wanderers 1-0 and giving the home crowd a lot to celebrate.

York9 FC head coach Jimmy Brennan: A stand-in for late-20th-century comic strip icon “Dilbert”? Coming to a newspaper near you …

6. Standing on the shoulders of Eddies

From one youngter to another. Here’s FC Edmonton forward Marcus Velado-Tseguye pictured just a few days ago, on his 18th birthday, celebrating his first professional goal. Eddies supporters and players give the youngster quite the welcome to adulthood.

Cavalry FC and Forge FC combined for four hotly-contested tilts over the first two-odd months of their existence. This photo was taken before a particularly tense Canadian Championship first leg at Tim Hortons Field, just as they began to emerge in a race for the Spring title.

Wanderers Grounds sure has been something to celebrate in Canadian soccer circles, as Halifax has come out in droves to support HFX Wanderers through their first seven home matches.

Awe! All smiles here from Valour FC’s Marco Bustos as he goes in for a hug with head coach Rob Gale moments after scoring an opening goal in the Canadian Championship first leg tilt at the aforementioned Wanderers Grounds.

Golden Cavalry in the golden hour. Cavs standout Nico Pasquotti chases after a ball in his side’s Spring title-clinching win at York Lions Stadium against York9.