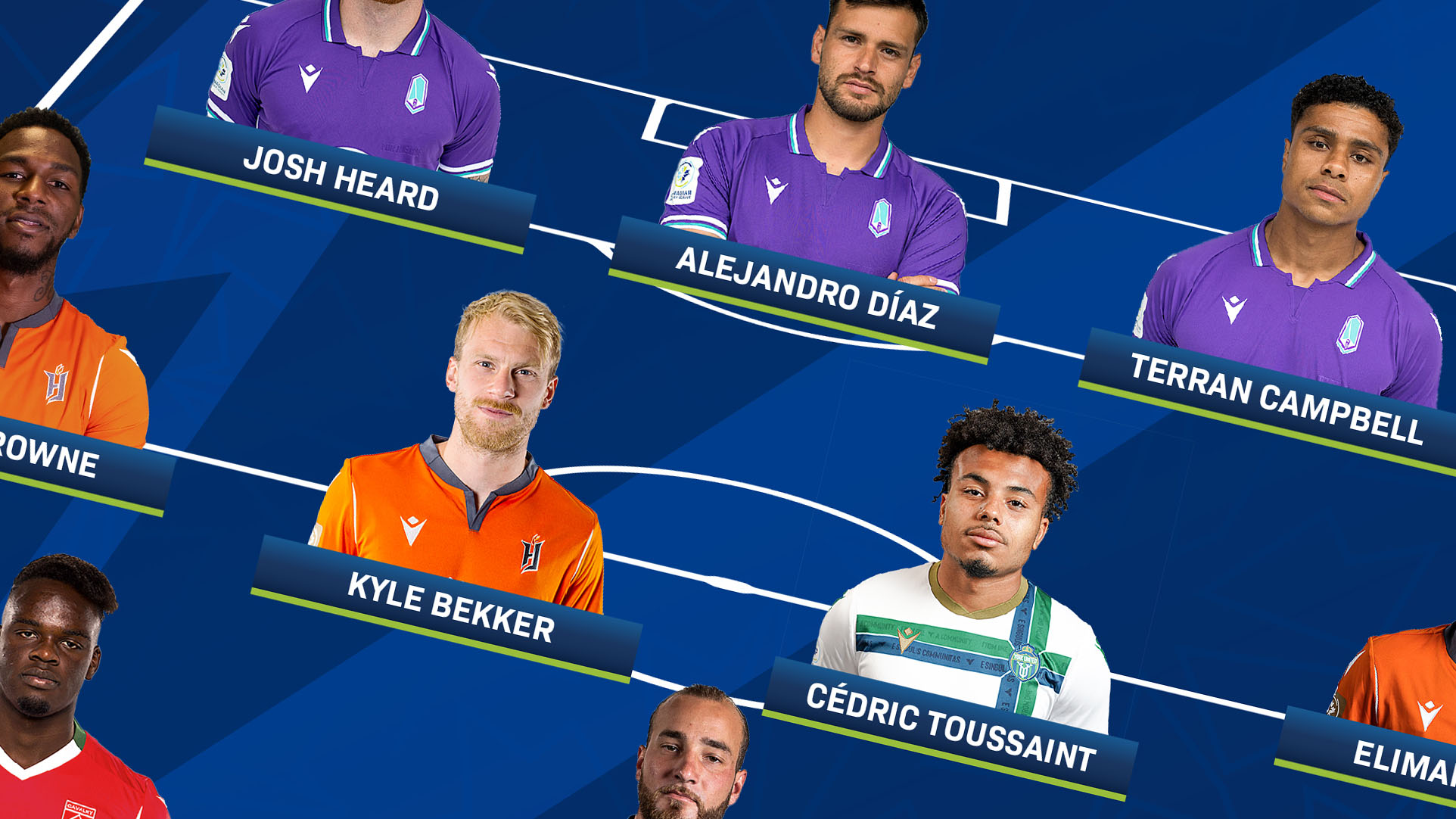 The Gatorade Team of the Week for the 17th week of the Canadian Premier League action in 2021, brought to you by Kristian Jack and OneSoccer’s Oliver Platt.

The 20-year-old Halifax native got the start for the Wanderers’ trip to Calgary on Sunday, and he stood tall in the net as they held on for a hard-earned 0-0 draw despite being outshot 11-4 in the second half. Baskett himself made five excellent saves to help HFX weather the onslaught from Cavalry, and he was the hero of the day when, in the 93rd minute of the game, he managed to save a penalty kick from Joe Mason to preserve the clean sheet at the final moment.

"Kieran Baskett, do you want to be a @HFXWanderersFC legend?"

The Halifax GK makes a HUGE stop on Joe Mason's penalty in the dying seconds of this 0-0 draw, giving his team a point in this crucial #CanPL clash 🤩 pic.twitter.com/VbkY1DZWSo

Every defender in this week’s team took part in that 0-0 draw between the Wanderers and Cavs. Yao was particularly good for the home side in that game, especially in the first half when Cavalry found themselves under a lot of pressure, using his strength and excellent positioning to hold off the Wanderers’ forwards in the box and track their runs in behind. Yao also played all 90 minutes just a few days prior against York United, when they pulled out a 2-1 win with 10 men and had to defend furiously in the final stages due to the disadvantage in numbers.

The German centre-back commanded the middle of HFX’s back four in Calgary, playing an important role in defending the many set pieces Cavalry had toward the end of the match. Schaale also played hero at one point in the first half, making a goal line clearance after Cavalry’s Ben Fisk chipped the ball over the goalkeeper. Schaale has been an absolute rock at the back for the Wanderers, who have become extremely difficult to beat in recent weeks as they make a serious push for a playoff spot.

Like Yao, Klomp lined up in Cavalry’s backline for both of their games this week and he had two very busy nights. Against York, he lined up mostly as a right-back in a four-man defence, and he went on to make five tackles as he shut down the opposition’s dangerous left-sided tandem of Michael Petrasso and Diyaeddine Abzi. Then, on Sunday, Klomp was on the right side of a back three, although he pushed very far up the pitch to create a strong tandem with Nic Apostol. In fact, Klomp had more passes into the attacking half than anybody else on his team in that game — certainly unusual for a centre-back, but perhaps not for one as mobile as Klomp.

Easily one of the most versatile players in the CPL, Cissé continued to impress on Saturday when he lined up in the middle for Forge’s 2-0 win over Atlético Ottawa. He was very involved in the attack, driving his side forward ahead of Omar Browne’s goal before scoring one of his own with a tremendous touch and a chipped finish over the goalkeeper. Cissé covered ground in pretty much every area of the pitch in that game, drifting from wing to wing and working extremely hard to go from his own penalty area to Ottawa’s just about every time Forge got the ball. He took on a team high 18 duels, winning 12 of them (also a team high), and he was a clinic in composure on the ball, as ever.

The home side doubles the lead thanks to a goal by Elimane Cisse#CanPL l 📺:@onesoccerpic.twitter.com/SvphmLessA

In a week that was quite disappointing for York, with a loss and a draw as they chase down a playoff spot, the 20-year-old Drummondville native still managed to impress. At Cavalry on Thursday, Toussaint played as a number 10 behind the front three — not a position he’s played very often for York — and he showed off his creative ability, making three key passes. He led the entire game with 63 successful passes for a 90% accuracy rating, and he was tenacious out of possession as well to win the ball 11 times. Against Edmonton on Sunday, Toussaint moved back into a double pivot position, but he led his team once again in successful passes (62), as well as touches (85) and tackles (5).

The Forge captain is incredibly consistent, and that continued to be the case on Saturday against Atlético Ottawa. It was Bekker’s tremendous ball over the top that found Cissé for Forge’s second goal, but his creative presence and incredible passing range were on display throughout his entire 81-minute shift. Forge wouldn’t have been blamed for resting some key players with a huge Concacaf League match coming up this week, and Bekker has played more minutes this year than all but one of his teammates, but the reigning CPL Player of the Year doesn’t seem to take days off.

Browne slots into our team on the edge of midfield just to fit him into the side, such was his performance in just his second CPL start. Browne had three shots and two key passes, operating in the wide spaces of an incredibly attacking lineup for Forge. His goal against Ottawa was perfect evidence of his level of quality, making an intelligent run to pick up the ball and then finishing beautifully from the top of the box to break the game open after a sluggish first half.

After Pacific’s wonderful display of attacking football against Valour on Saturday, we had no choice but to include their entire front three in the Gatorade Team of the Week. They played with exceptional fluidity, mustering 22 shots, and they certainly could’ve had more than the three goals they needed to secure the victory. Campbell himself had three shots — all of them on target — and two key passes, and he scored a wonderful brace to give him nine league goals on the season so far. He was involved in all three goals, providing the assist for Josh Heard’s opener.

Although Diaz didn’t score one of his own on Saturday, he was vital to the attacking onslaught, providing the assist on both of Campbell’s goals and helping create a handful of other great chances for Pacific in the first half. Diaz demonstrated his intelligence and vision in dropping deep from the centre-forward position to find the ball, and spotting good runs from his wingers and other teammates to put them in position to shoot.

The third member of Pacific’s lethal trio up front on Saturday, Heard — like Campbell — had three shots and two key passes. He scored the opening goal in just the ninth minute, cutting in and scoring from distance with a Marco Bustos-esque effort for his fourth of the CPL campaign. Heard’s workrate along the left side was unmatched by anyone as he made himself elusive by staying in motion almost the entire 77 minutes he was on the pitch. With Bustos making his return off the bench in this game, coach Pa-Modou Kah will be spoiled for choice up front with this Team of the Week-worthy trio already looking so strong together as Pacific hunt down that first place position in the CPL table.

The opening goal of the match goes to @Jheard_11 for @Pacificfccpl #CanPL l 📺:@onesoccer pic.twitter.com/UaxLrSWW4T