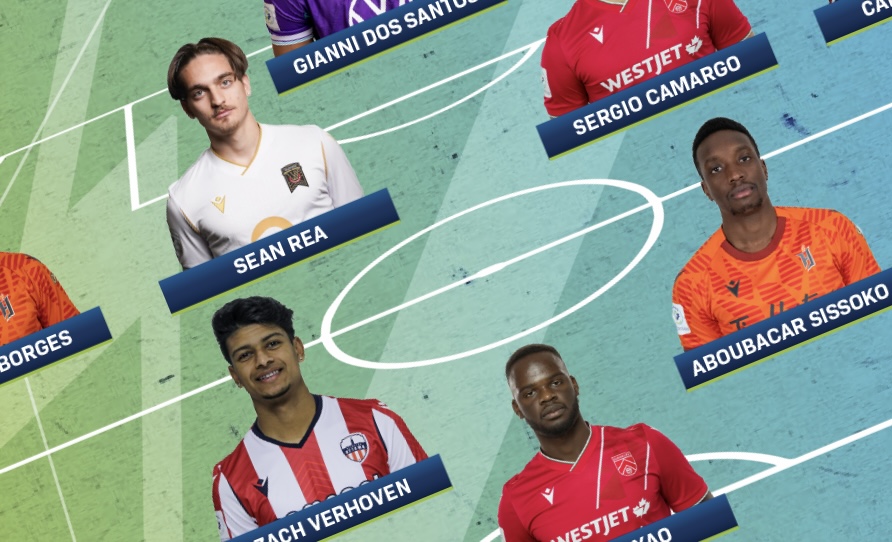 The Gatorade Team of the Week for the eighth week of Canadian Premier League action in 2022, brought to you by Kristian Jack and OneSoccer’s Oliver Platt. 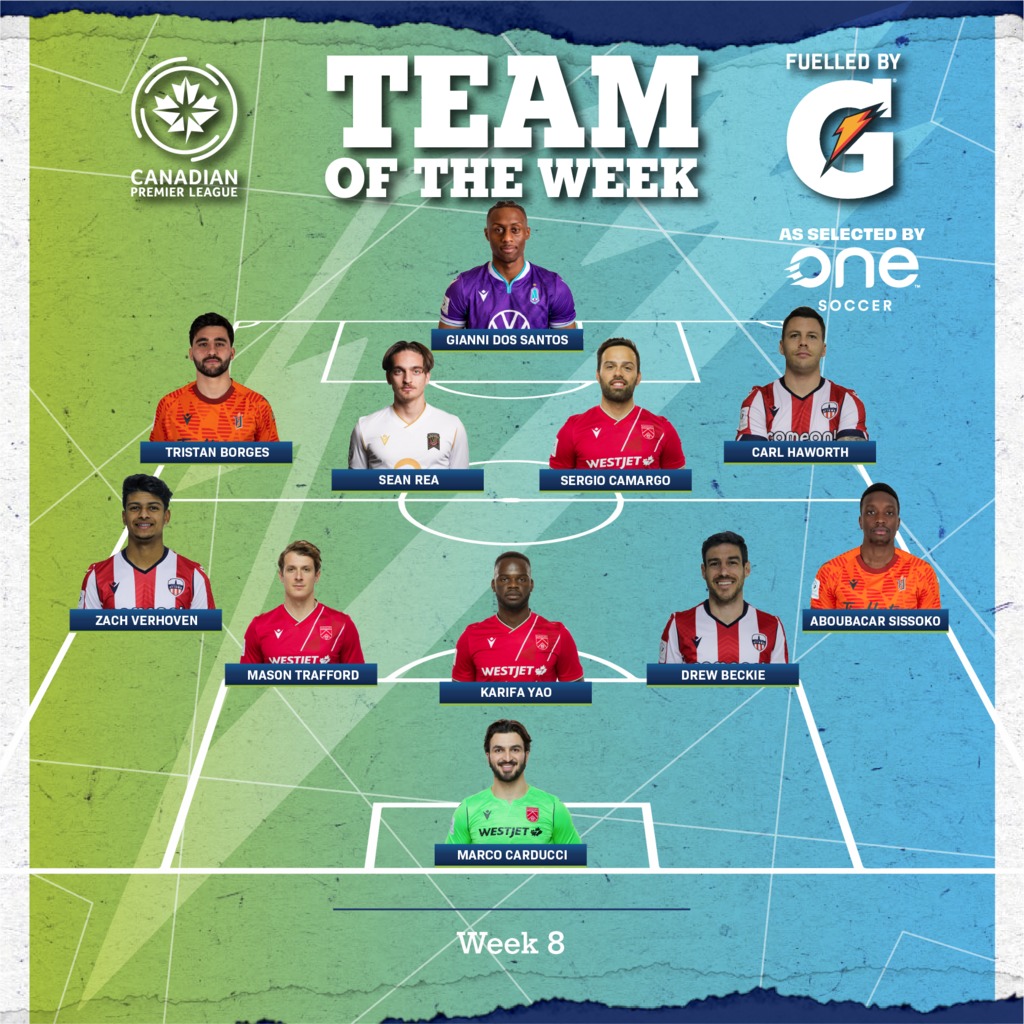 The Cavalry shot-stopper made an excellent save against York United on the weekend, and his distribution was good from the back as well with an 81% accuracy. He played a major role in preserving a clean sheet away from home.

Beckie won possession eight times, and had three interceptions and four clearances, in Ottawa’s gritty 1-0 win at Valour on Wednesday night. The veteran centre-back did very well for the club on the left side of the central pairing, helping limit Valour to just six shots and one on target.

Yao was dominant in the air against York United, and he gave the Nine Stripes very little space to operate in Cavalry’s defensive third. He was accurate with 46 of his 52 attempted passes, and he won possession six times, in a game where Cavalry’s defence was certainly tested.

The other member of Cavalry’s centre-back pairing against York gets a team of the week nod as well; Trafford was immense at York Lions Stadium, keeping the opponent’s most dangerous attacking threats away from dangerous areas and then distributing the ball very well from the back.

Playing in midfield this game after so many minutes at right-back, Sissoko was a big part of Forge’s 4-3 win over FC Edmonton. His pressure created the turnover for Forge’s first goal, and it was his clever pass to Tristan Borges that created the second equalizer for his side at Clarke Stadium.

The lone goalscorer in Winnipeg deserves credit for arriving in the box at the right time to finish, but in general he was lively coming off the bench for Ottawa. Verhoven played about half an hour in Atleti’s 1-0 win over Valour, but he still managed to have a tremendous impact in an otherwise congested match.

Likewise, Haworth played the final half-hour against Valour and made a massive difference. He had two key passes and assisted Verhoven’s goal, helping generate plenty of action along the right flank for Atlético Ottawa.

Camargo, similarly, was an impactful super-sub over the weekend. Coming onto the pitch as part of Cavalry’s triple substitution around the hour mark, the tricky attacker was immediately involved, and his excellent footwork was the main impetus behind Aribim Pepple’s winning goal at York Lions Stadium.

The CF Montréal loanee looked bright as usual for Valour on Wednesday, playing in a different role as a number 10 behind the striker. Rea created three chances, and although his side wasn’t able to put any of them in the net, he was nonetheless the engine of their attack against Ottawa. He was also incredible for his side on Saturday against Pacific, scoring another exceptional goal with his chip over Callum Irving to cap off an impressive solo effort.

A shoo-in for the team of the week after scoring just the third hat-trick in CPL history, Borges was the main reason behind Forge’s comeback victory over FC Edmonton. He scored two equalizers for the Hamilton side, creating three chances as well and winning the penalty that he himself ultimately put away for the third goal.

The Dutch attacker lined up on the left for Pacific against Valour, and he put in a very strong performance at home, with two chances created and a goal scored — which, of course, was a phenomenal strike from distance to help the Tridents come back from 2-0 down in the second half.