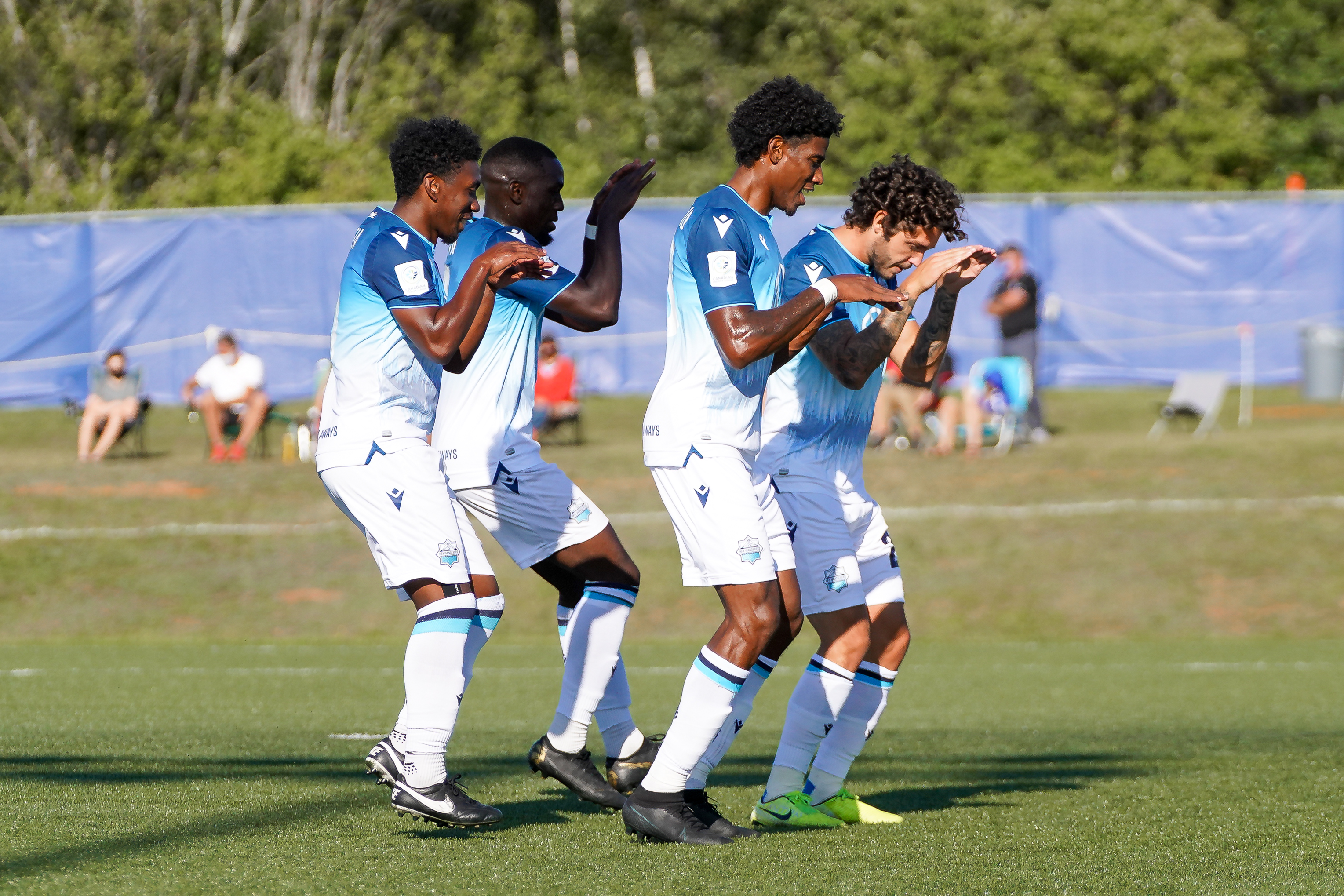 For the second week in a row, HFX Wanderers FC dominates the Gatorade Team of the Week.

Another four Wanderers made the cut in the CPL’s the weekly best XI after the side’s 1-1 draw against Forge FC and a 2-1 win over Cavalry FC.

Akeem Garcia and João Morelli combined for three goals and one assist in those matches last week, and they sit atop the CPL goalscoring race with six and four goals, respectively. Fullback pair Mateo Restrepo and Chrisnovic N’sa complete the Wanderers contingent after impressive showings on the flanks. Restrepo leads the CPL in successful tackles (17) after recording a half-dozen last week, while left-sided N’sa provided much-needed width in the attack.

Forge FC has four players in the team of the week. Alexander Achinioti-Jönsson and Paolo Sabak take up midfield spots – Sabak converted an equalizing penalty vs. HFX Wanderers. Defender Daniel Krutzen converted from the spot against Pacific while leading in passes completed and passes in the opposing half in both matches. Goalkeeper Triston Henry was big when called upon late against Pacific on Saturday.

Mo Farsi leads the charge for Cavalry after his brilliant finish put the nail in Pacific’s coffin last week. Dominick Zator made the best XI, despite an own goal in that Pacific match, partly due to his leadership in Cavalry’s ten-man loss to HFX Wanderers. Elliot Simmons debuts in the Team of the Week because of heroics versus his old side, posting three key passes and holding his own in an out-numbered midfield.

The Gatorade Team of the Week is selected by OneSoccer.

The best from the penultimate @GatoradeCanada Team of the Week 🌟#CanPL pic.twitter.com/0iqnsM3TC2