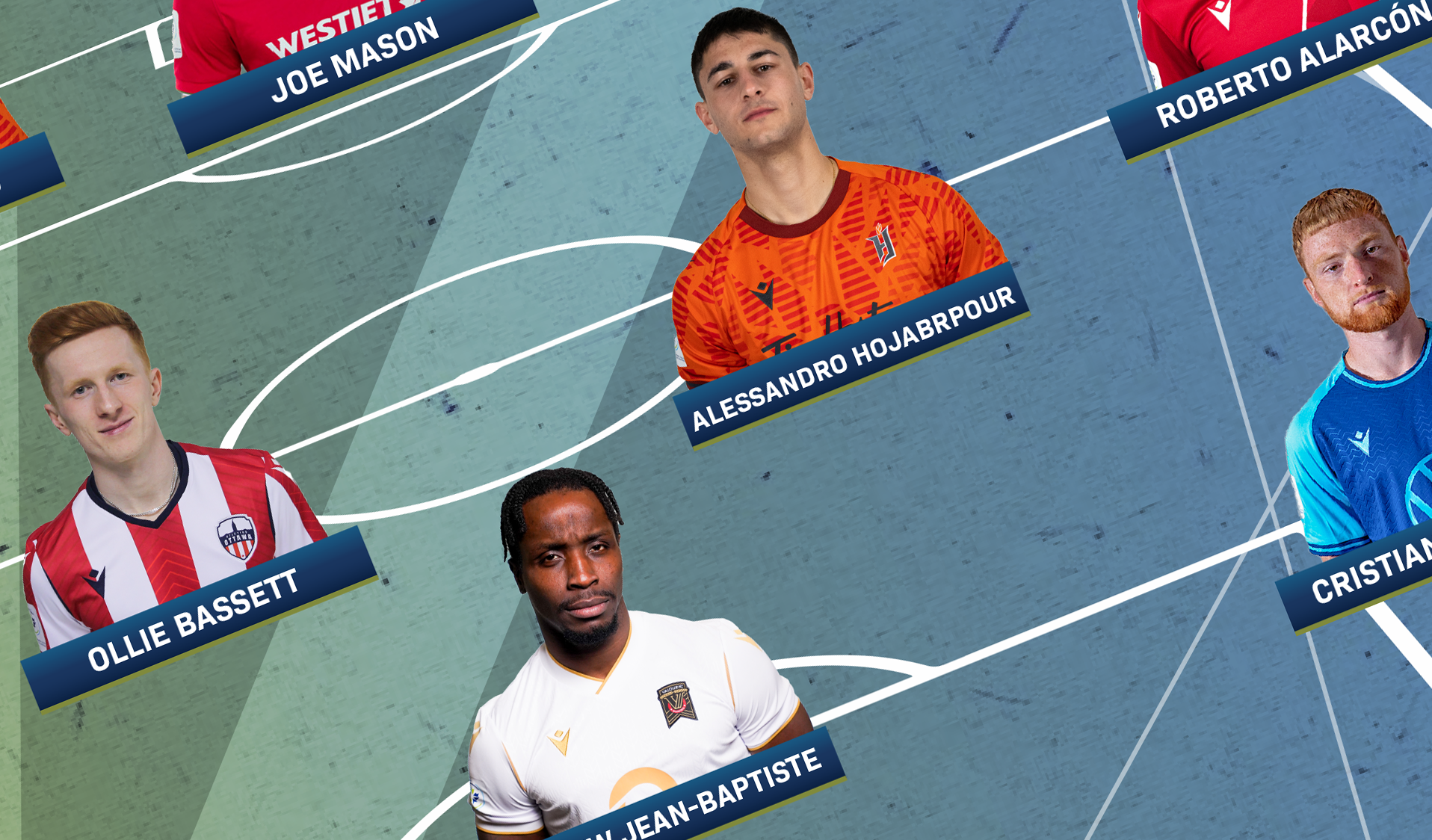 The Gatorade Team of the Week for the twenty-fourth week of Canadian Premier League action in 2022, brought to you by Kristian Jack and OneSoccer’s Oliver Platt.

Irving was called on to make four saves in Pacific’s 1-1 draw with Forge on Sunday, including one tremendous stop on Terran Campbell at the back post. He commanded the box well and helped his back four settle into the match and become more organized after a difficult start.

The Dutch defender appears here for the second straight week, having played exceptionally well in Forge’s backline once again on Van Isle. With 82 touches, Krutzen had an 87 per cent pass accuracy with 14 passes in the final third. Hamilton fans will be desperately hoping Krutzen is okay after leaving the match late as a result of a head-on-head collision with Georges Mukumbilwa.

The stalwart centre-back scored his first goal of the year for Valour against Atlético Ottawa with a good finish on a loose ball in the box. The Haitian international helped keep things organized from the middle of the back three and made three clearances to keep Ottawa at bay from open play.

🌾 @ValourFootball take the lead! @isthatdrew35 puts the ball in the back of the net to give the home side a crucial advantage #CanPL | 📺 @onesoccerpic.twitter.com/OSFkuZrBCB

Campagna has appeared just four times for the Wanderers since joining the club in August, but already he’s appeared in the Team of the Week twice. He was outstanding in a scoreless draw at York Lions Stadium on Friday night, winning possession eight times and making six clearances and three tackles.

The full-back very nearly put Forge ahead in the second half against Pacific with a good strike that hit the crossbar, but it wasn’t to be. Poku also created two chances for teammates in this match, and he won two tackles.

Ottawa’s midfield magician was at his best once again in Winnipeg, as Bassett secured his league-high ninth Team of the Week nod for 2022. He scored a highlight-reel Olimpico goal from a corner in the second half to rescue a point for the first-place Atleti.

The @VWcanada Change Maker Moment of the Match couldn't be anything else but @OllieBassett28's Olimpico 🎯#CanPL I 📺 @onesoccer pic.twitter.com/Oiwp4vU4PF

Hojabrpour scored an excellent header against his former club Pacific on Sunday, and he commanded the midfield extremely well without Forge’s skipper Kyle Bekker in the lineup. He won possession six times and passed with 91 per cent accuracy.

🔨 @ForgeFCHamilton take an early lead in Langford as Alessandro Hojabrpour heads the ball home against his former club #CanPL | 📺 @onesoccerpic.twitter.com/P1KQeH7fTY

Alarcón assisted Joe Mason’s winning goal with a perfect cross into the box. The right-back was lively on the touchline all day, with two successful dribbles and winning eight out of 12 duels.

The tricky left-winger combined well with his teammates at Starlight Stadium to try and create scoring chances in a tight game. His assist to Hojabrpour for Forge’s early goal was one of three chances Borges created in this game, with his impact felt especially on set-pieces.

It was Mason’s excellent finish that propelled Cavalry to another AL Classico victory over Edmonton on Saturday, as the English-born striker did well getting in behind the Eddies’ backline. He also did good work defensively, winning possession in the final third three times.

The young attacker gets credit for an assist on Jean-Baptiste’s goal, and he was dangerous throughout the match against Ottawa with four chances created. Rea attempted an astounding nine dribbles, as Valour took on a role of protagonists against the league leaders.