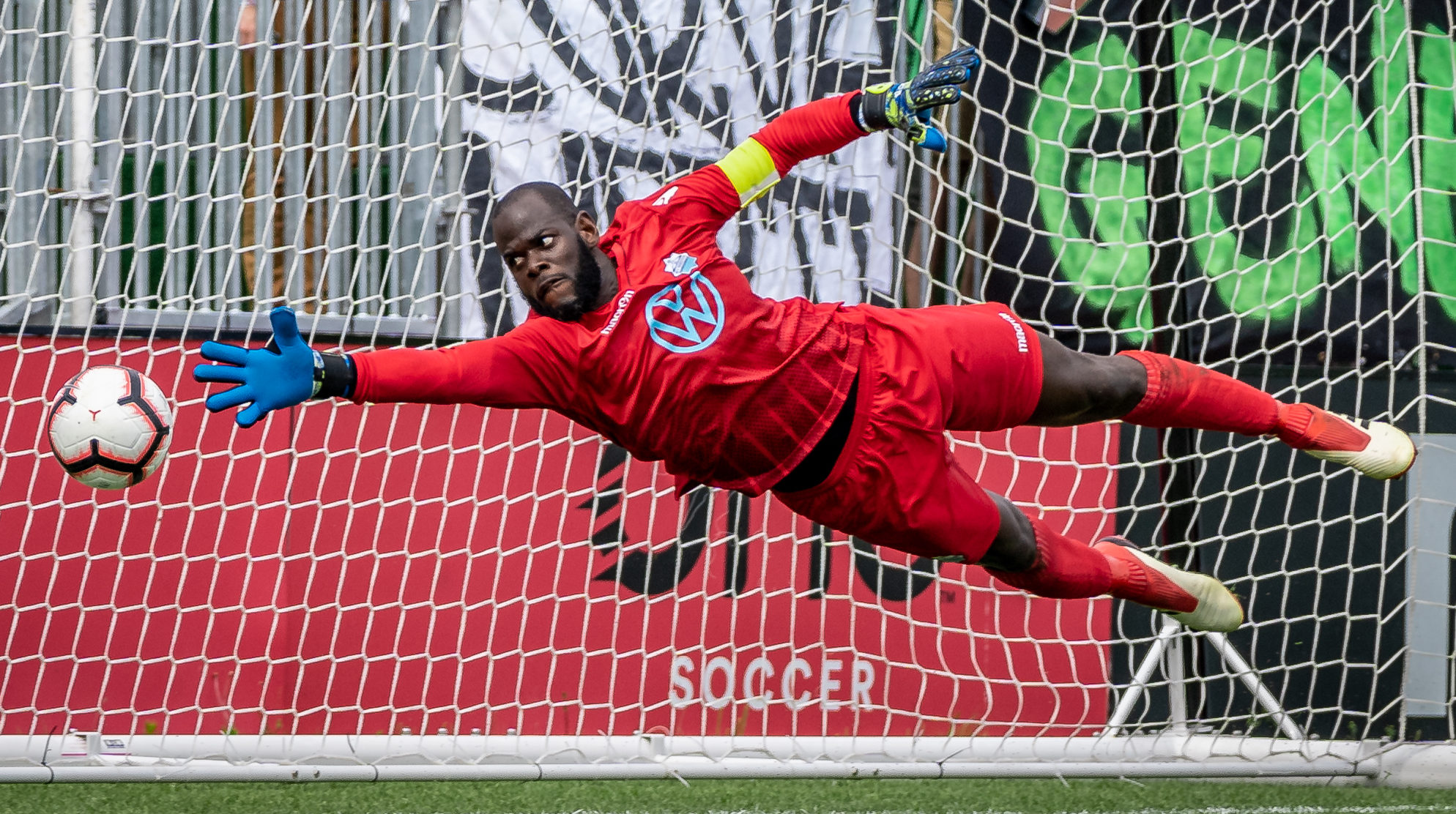 HALIFAX — HFX Wanderers skipper Jan-Michael Williams is calling on the players to show character and the fans to rally around the club as the team look to rebound from Saturday’s loss at York9.

“Everyone on the pitch needs to step it up,” the goalkeeper said, as the Wanderers aim to finish their five-game road trip on a positive note Wednesday night against FC Edmonton at Clarke Stadium (9:00 p.m. ET/7:00 p.m. MT, OneSoccer).

Williams said the 6-2 loss at York9 was a “tough pill to swallow” but the players want to turn things around and get it right against FC Edmonton.

“It is difficult when you suffer a defeat like that to get rid of that feeling but I think the mood around the camp is one of needing a reaction and we know we need to bounce back,” he said.

The captain said the players have talked about the defeat and are not making any excuses.

“Everybody has to take responsibility for themselves and their performance, I need to improve and, by extension, everyone else needs to,” Williams said. “If everyone gives us more, the team itself will improve and you will see that reaction. It’s a test of character and the best way to lead is to show it on the pitch.”

Coach Stephen Hart described the York9 loss as a “huge disappointment” for the club and one his squad need to quickly put behind them and learn from.

“The players have to come back from it,” Hart said. “That’s what you have to do, these things happen to the biggest teams.

“Edmonton is a completely different game and so we go into it with what is necessary to play Edmonton.”

The coach gave the players a day off to rest following the York9 match after a gruelling schedule that will see them travel more than 11,000 kms when they return from Alberta.

Defender André Bona admits it’s been a lot of travel, but said a constant boost for the players has been the support from Wanderers fans, with the Halifax contingent strongly behind the team in York, even when the team was behind.

“It was a bit disappointing for the fans but they have to know we want to improve and progress and we want to go and get the next victory in Edmonton on Wednesday,” Bona said.

While it’s been a challenging stretch of away games, Williams is stressing there are a lot of points still to play for with 13 games remaining in the CPL’s fall season.

He said the players need to stay the course and the draw on the loyalty they’re feeling from the fans.

“We just need them to rally around the team. We play for them and we want to try to make them happy because we know they’re with us whether we are at home or away,” Williams said.