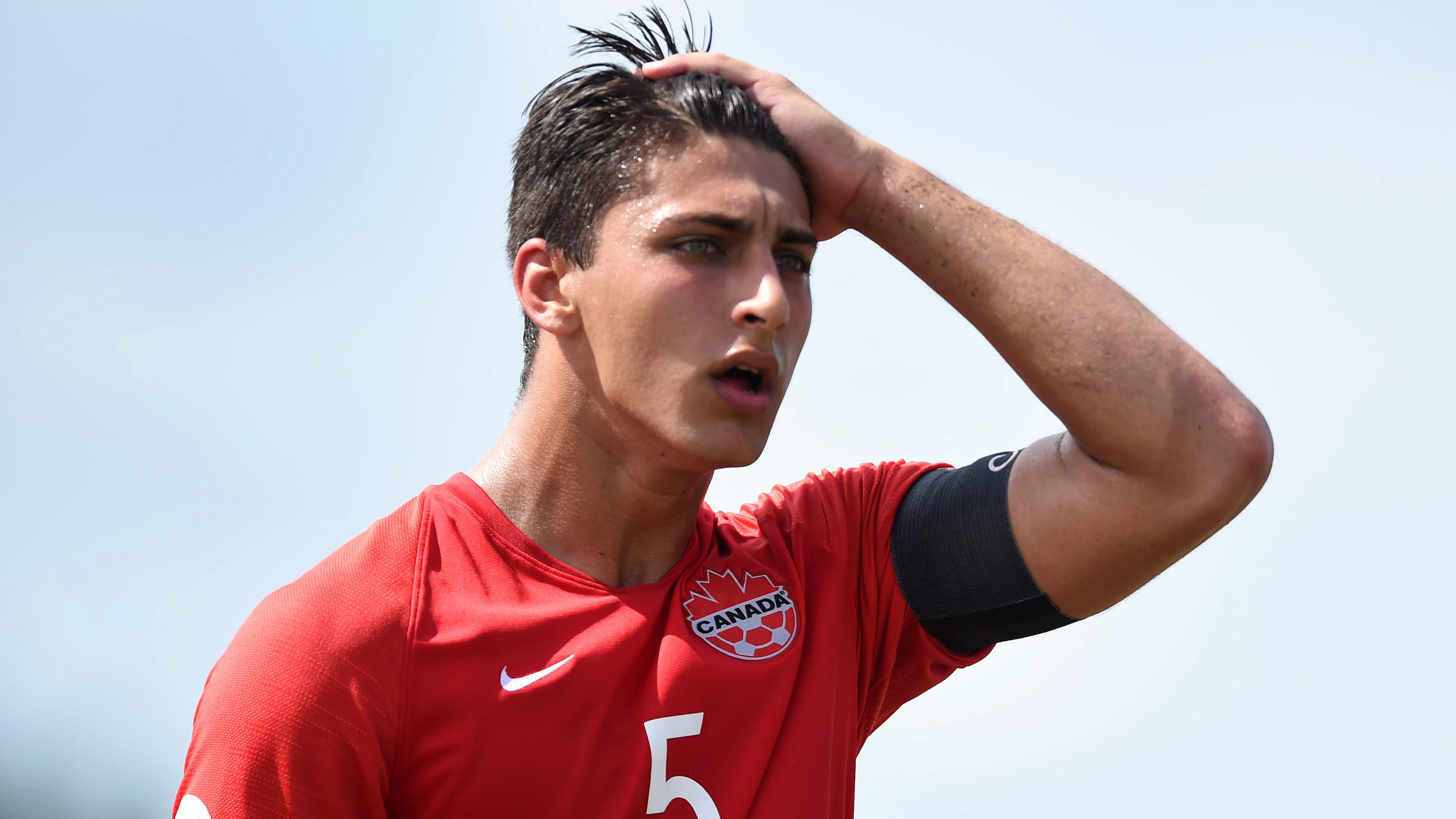 Gianfranco Facchineri is only 18, but he cuts a much more mature and cultured figure.

Having joined Atlético Ottawa on loan from the Vancouver Whitecaps, the six-foot centre back’s dreams of making his pro debut in this summer’s MLS tournament in Orlando have been put on hold.

Instead, the 18-year-old native of Windsor, Ont., now finds himself in Ottawa and in a reflective mood about the temporary change in course his 2020 season has taken.

“I’m the youngest kid on the (Whitecaps), so for me to get playing time would be tough – learning from those guys would be even harder,” Facchineri told CanPL.ca. “We have a bunch of great centre backs in our team there.

“I was fortunate that Ottawa was interested, especially as they prepare for their own tournament.”

So, from a crowded Whitecaps defensive core that features Derek Cornelius and Érik Godoy, Facchineri joins Atlético as just their second centre back (after Brandon John) and one of just five defenders in total.

It’s a dream developmental opportunity for Facchineri, as noted by Whitecaps coach Marc Dos Santos, who said the MLS club “will be following his progress closely” with Ottawa.

“Marc will tell you like it is. He saw it was a chance to grow my game and be a better player for it,” Facchineri said.

While still a teenager, Facchineri has managed to make quite a name for himself in Canadian soccer, having signed an MLS deal with the Whitecaps as a homegrown player this past January. Facchineri has also featured on several occasions for various Canadian youth teams. He first appeared on the Canada Soccer circuit in 2016, attending a U-15 identification camp at age 13, and played at that level in 2017, as well.

In 2019, Facchineri was an integral part of Canada’s U-17 squad, playing every minute of both the Concacaf Championship and the FIFA U-17 World Cup in Brazil. He converted the penalty that sent Canada to the World Cup, too.

With a resume like that, perhaps his maturity shouldn’t come as a surprise. Nor do his humble beginnings in Windsor – a city on the edge of the Ontario-Michigan border and in the shadows of Detroit.

“Windsor soccer has had some great players come out of there,” Facchineri began. “Just because you’re from Windsor and four hours away from Toronto doesn’t mean you’re not worth it.

“Those high-performance leagues just weren’t there when I was growing up so I ended up coming to the States.”

Facchineri admitted to looking into how long it would take for his family to visit him in Ottawa before realizing it consisted of a seven-hour drive that would cover nearly all of Highway 401 – Canada’s busiest freeway.

“I looked it up and I’m thinking ‘oh, maybe we can meet up at some point’, saw it was seven hours and said no way,” Facchineri said.

His loan deal was teased by Atlético Ottawa social media accounts over the week, and when asked if he followed the reaction to those teasers, Facchineri promptly replied: “Oh yes, of course,” adding that no one solved the riddle.

He did recall a comment a week ago that seemingly predicted his future.

“I saw the Whitecaps posted something about me and someone replied, ‘good luck in Ottawa’ and at the time I didn’t even know I was going there,” Facchineri joked.

“That was a creepy moment. It must have been a guess.”