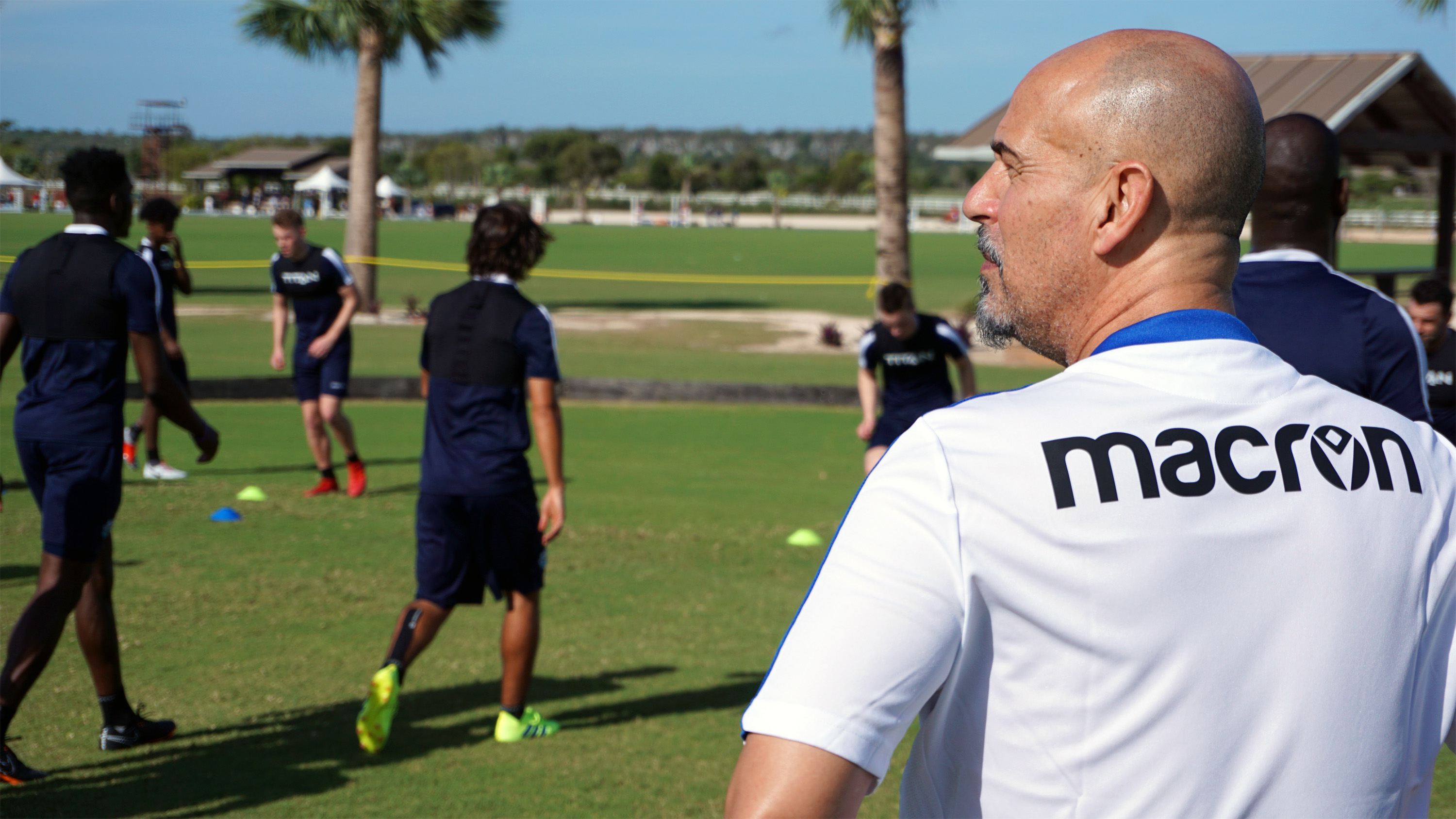 Heading into the first game of the season against Pacific FC (Sunday, 4 p.m. PT, 1 p.m. ET, OneSoccer), there’s only so much HFX Wanderers coach Stephen Hart can do to prepare his squad.

“I think this is the game both teams will be going in blind, really, not knowing much about each other,” Hart said after one of the final Wanderers practices before the team embarks on a cross-Canada trip to Vancouver Island.

“It’s going to be one of those games where it’s probably more important how you play than (who) the opposition (is).”

On the field on Sunday, Hart is honest with his expectations from the Wanderers in the season opener on the road and knows it won’t always be perfect in the early stages of a new league.

With three points on the line, Hart both recognizes the importance of the early part of the season but also has a long-term vision for how he wants the team to perform.

“The first half of the season is a sprint. It’s ten games — who gets off on the best foot will do well. But for me, it’s about the process of trying to get things right over the course of the season — two parts of the season,” Hart added.

Hart said he’s seen very good things in pre-season, but the team is “a long way off.”

After working on the physical side of training and getting familiar with each other for a month, the team went down to the Dominican Republic where the focus shifted to the tactical side of the game. During the week between the Dominican and the first game against Pacific, the Wanderers worked on collectively defending, with emphasis on the midfield.

“We’ve made some adjustments to the team quite recently, in some of the things that we do. It’s a bit new to some of the players,” Hart said of what he calls an ongoing process.

The time in the Dominican also gave Hart a chance to size up the competition to some degree. The Halifax team played York and Valour for an hour each and 90 minutes against Edmonton.

“There were a couple teams that looked (like) polished units already and it’s understandable because they have been together in some form over the last few years,” Hart said, pointing out how some of the other teams have a good understanding of each other and good relationships.

“That’s nice to see because what it means for us is that we will have to be in complete concentration for the 90 minutes.”

Both the pre-season training in Halifax and the games in the Dominican had its consequence fitness wise. When the team flies out of Halifax on Friday, it’ll be without some experienced players after the squad picked up injuries.

The injuries mean options will be limited for the Wanderers but Hart and his coaching staff have an idea of the 14 players they’d like to mix and match in the game.

“We’ll make that decision on who travels. This first game, I think we know basically who we would like to go in the game with and how we’d like to approach the game,” said Hart ahead of releasing the travelling roster.

When the Wanderers take on Pacific, Hart said early on in the season, people will see glimpses of the end product Hart and his staff want to see for the team, but the identity of the team won’t be fully established in the opening game.

“The trick is to go into these games, make less mistakes than the opposition and hopefully things go your way and you get a result.”