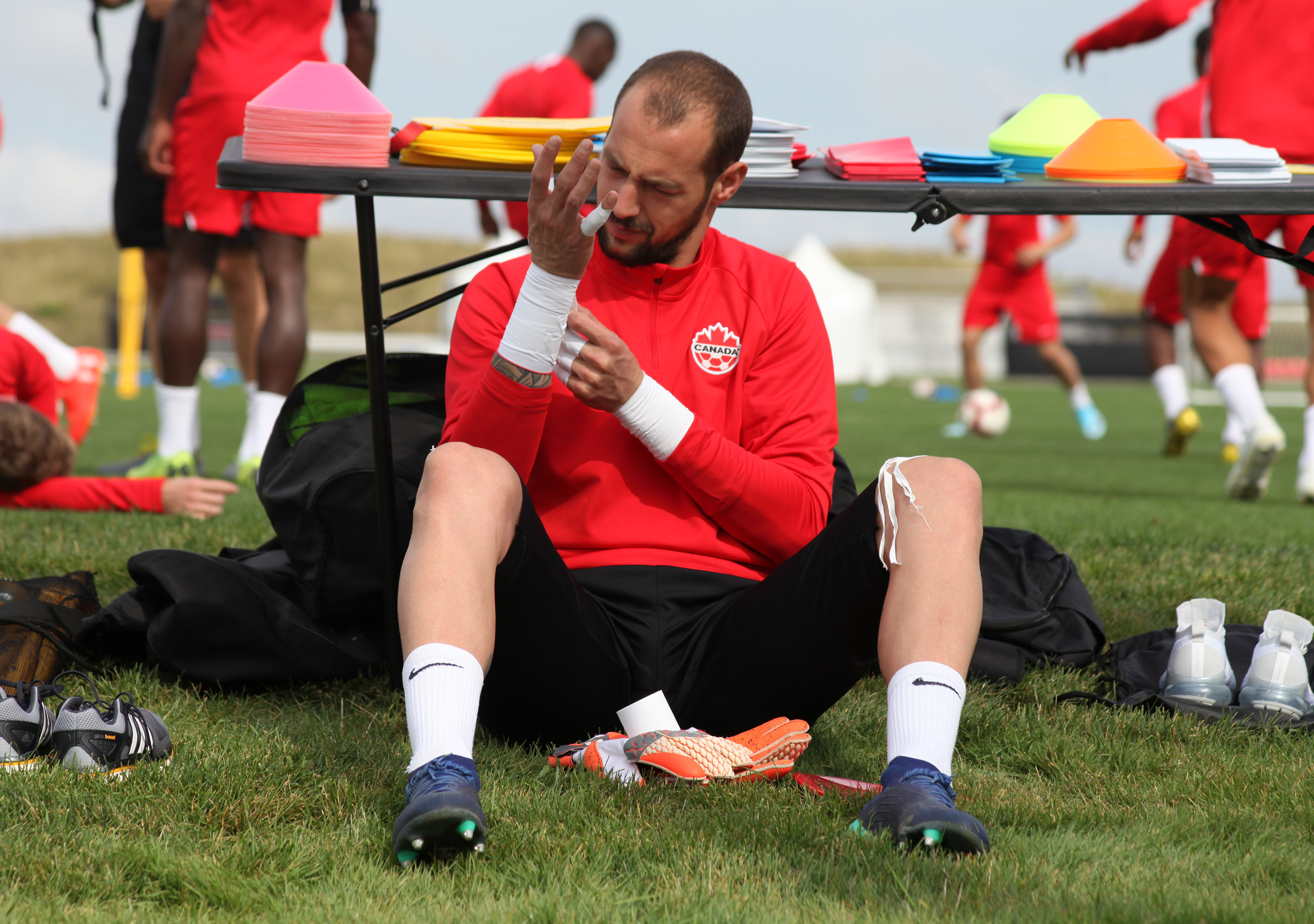 TORONTO – When Marco Carducci goes over to speak with the OneSoccer crew about Canada’s CONCACAF Nations League matches against Cuba, fellow goalkeeper Milan Borjan of Red Star Belgrade came from behind the lens to distract his new teammate, before giving him a big hug on camera.

It’s a genuine moment shared between two players on complete opposite ends of their respective career. Cavalry FC’s Carducci continues soaking in his very first training session at Downsview Park in Toronto, while Borjan, who has been around the block with Canada since earning his first cap in 2011, has welcomed his new teammates with open arms, literally.

Borjan, who has long held the No. 1 spot with Canada’s national team, joked with reporters that Carducci – as well as fellow young goalkeeper Maxime Crepeau of the Vancouver Whitecaps, also called up to John Herdman’s most recent team – gives him hope for his position when he does retire, “whenever that is.”

Carducci was named to the Canadian men’s national team after a spirited season’s worth of showings with Cavalry FC in the Canadian Premier League’s inaugural season, becoming the first player from the league to earn this distinguished nod, an honour Carducci took to heart.

While Borjan had no problem praising the 22-year-old, he also had a word of advice for his young teammate.

“He needs to continue working and playing games,” Borjan said. “The work that he’s been doing, the coaches have recognized here, and that’s why they’ve called him up.”

As such, Carducci has fielded queries about the CPL from his Canadian national team cohorts.

“There definitely have been questions about the league, and I think that’s great,” the Cavalry shot-stopper said. “The guys are following along and they’re aware of the league and its growth, so I have had questions from the guys about how it’s been and what it’s been like. That’s good to see.

“It’s Canada’s league. All these guys are rooting for it and stand behind it, and I think you’ll see more faces continue to come from the league and be involved with the national team at the same time.”

Among those onlookers is Carducci’s new mentor between the sticks, Borjan, who spoke highly of the CPL, too.

“I’ve been following the CPL, actually,” Borjan said. “They did a really good job with that league, because we needed that in Canada. There’s a lot of talent, which shows with Marco coming here with the national team. It’s really exciting.

“Next year it’s going to be even better. This is what Canada needs.”