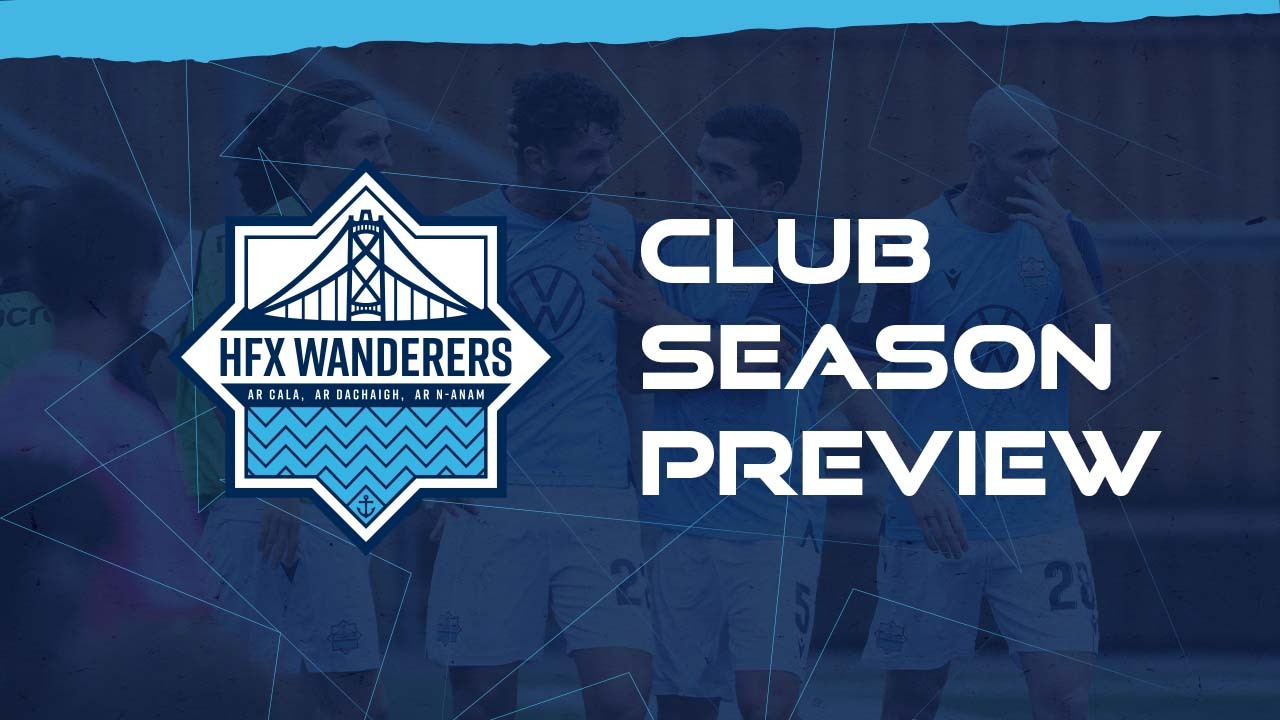 HFX Wanderers had the best individual player in the CPL in 2021, attacker João Morelli — who won the Player of the Year award and Golden Boot with 14 goals in 21 matches — but relied a bit too much on the Brazilian to score goals, and their attack sometimes struggled as a result.

Being held off the scoresheet 10 times, and being limited to just one goal another 10 times, in a 28-game season isn’t enough production for a team with the title aspirations that they had, after a 2020 season that saw them make a run to the CPL final at the Island Games, but fall just short to Forge FC in the title-decider. 2020 Golden Boot winner Akeem Garcia never recaptured that same form in 2021, picking up just two goals in 22 CPL matches. Only two other Wanderers players scored more than him, however — Samuel Salter scored three in 21 matches, and Morelli scored the lion’s share with 14.

There were a lot of matches in 2021 in which HFX Wanderers looked like the better team, or deserved all three points from a match, but that didn’t always come to fruition. They were a stingy team defensively — their 34 goals allowed was tied for third best in the league in 2021, but an inability to score consistently at the other end of the pitch is what let them down.

2022 is a chance to try and improve upon that. Morelli is back, as is Garcia — looking to bounce back from a frustrating 2021. If those two can fire on all cylinders together, and Peter Schaale and his defensive crew can hold down the fort at the back like they did a year ago, there’s no reason why the club can’t again challenge for a playoff spot, or reach the playoffs for the second time in club history.

RELATED: João Morelli hoping to translate individual form into wins in 2022: ‘We have a lot to prove’

HFX Wanderers have brought back a lot of their key players from a season ago, including star attacker João Morelli. There were also, however, a handful of high profile exits from the club in the offseason. Centre-back Jems Geffrard’s contract expired at the end of the season and is yet to sign anywhere else, while contract options were declined for Stefan Karajovanovic, Alessandro Riggi, and Morey Doner — who signed for Toronto FC II, Valour FC and Monterey Bay FC — among others.

Also leaving the club, in unfortunate circumstances, was midfielder Omar Kreim, who was forced to retire due to an injury suffered early in the 2021 season.

Among the players entering the team are a pair of promising midfielders, both products of the Toronto FC academy setup. One of them is Aidan Daniels, who made an appearance for the TFC first team in 2018, before going on loan to the Ottawa Fury, and then signing for the Colorado Springs Switchbacks. He most recently played 30 times in 2021 for OKC Energy FC in the USL Championship, before the club decided to withdraw from the 2022 season during stadium renovations. He also impressed for the Canadian U23 team at the CONCACAF Men’s Olympic Qualifying Championship in March 2021. An attacking midfielder who can also play out wide, Daniels will be an important cog in the HFX midfield in 2022.

Mohamed Omar is the another promising addition to the team. Drafted in the first round of the MLS Superdraft by the Colorado Rapids, the former Notre Dame captain in the NCAA has returned to Canada instead. He scored four goals and added an assist in 2021, leading his team to the ACC Championship and a 2-0 win over the Duke Blue Devils.

HFX Wanderers begin their season with an three-game road trip. They take on York United in match number one of the season, on Thursday, April 7 at York Lions Stadium. Nine days later they’ll be at TD Place in the nation’s capital, taking on Atletico Ottawa — a team they had a lot of success against a year ago. That’s followed by a trip out west to Starlight Stadium to take on the reigning champions Pacific FC.

They return home for match number four, hosting FC Edmonton on April 30 for their home opener at Wanderers Grounds. They hit the road again, going to Winnipeg’s IG Field to take on Valour FC, before returning to Halifax for a trio of home games against Cavalry, Forge and York.

A Canada Day Eve clash with Atletico Ottawa kicks off the day’s action on June 30, just before the halfway point of the regular season, and their 2022 schedule will end on Sunday, October 9 with one last away game, against Forge FC at Tim Hortons Field. If they are successful, the playoffs will follow.

HFX Wanderers have two strong options in goal, with 2020 Goalkeeper Of The Year nominee Christian Oxner and young shotstopper Kieran Baskett. After entering 2021 as the starter, Oxner lost his role to Baskett, who played most of the games down the stretch and in the chase for a playoff spot, including making some memorable saves along the way.

Wishing all our followers as clutch a week in their own performances as Kieran Baskett had for @HFXWanderersFC last night 😇#CanPL | 🎥 https://t.co/ufNqlAjkXb pic.twitter.com/zWkamdZCiI

The backline won’t look a lot different than it did in 2021, with the departure of Morey Doner being the most significant, and seemingly just replaced from within. Most of the rest of the unit has returned from a year ago. One of the club’s most important leaders, and one of the league’s best defenders, over the first three CPL seasons Peter Schaale is back for a fourth season, and will likely be paired with Brazilian Eriks Santos at centre back he was for parts of 2021 when both were healthy. With Jake Ruby and Mateo Restrepo both capable of playing right back, and Ruby spending a lot of time on the left in 2021, that’s how this projected starting lineup is laid out. Cory Bent can also operate as a fullback, but is listed as an attacker in this best eleven.

Jérémy Gagnon-Laparé also played at left back at times in 2021, but is in the midfield in this best case scenario, lining up alongside club captain Andre Rampersad at the base of a midfield triangle. In front of them could be either the aforementioned Aidan Daniels in the attacking midfield role, or by reigning CPL Player of the Year Joao Morelli.

Morelli can play anywhere in attack, so CanPL.ca’s projection has him up top, with 2020 Golden Boot winner Akeem Garcia on the right wing and fan favourite attacker Cory Bent on the other. There’s a lot of versatility in this attack, as all of the players can play multiple positions, and Jamaica international Alex Marshall is also available. Stephen Hart has a lot of options.

Wanderers attacker João Morelli had a huge 2021 season, building on his strong 2020 season to establish himself as one of the best players in the CPL. He missed a handful of games during the season, playing 21 of 28, but scored an impressive 14 goals — setting the CPL’s single-season record and winning the Golden Boot as the league’s top scorer. Several of those goals were from the penalty spot, but the Brazilian is also able to create and finish chances from open play.

Relive each #CanPL goal from the @HFXWanderersFC star here 👇 pic.twitter.com/T7dM3e3jUe

When he scores, he often scores twice, resulting in six multi-goal games in 2021, accounting for 12 of his 14 tallies. Four of those six games came against Atletico Ottawa alone, who couldn’t figure out to stop him.

At the end of the season, Morelli was rewarded with the league’s Player of the Year award, beating Pacific FC attacker Terran Campbell and Forge FC captain, and reigning winner, Kyle Bekker. It was the first time that a Forge player hadn’t won the award, with Tristan Borges winning the award in 2019.

Morelli is able to play up top as a striker, just behind as an attacking midfielder, or on either flank — versatility that every team wants, especially from someone as talented as he is. It allows Stephen Hart to change up his formation, or at least the players on the pitch, without losing his playmaking ability.

HFX drew and lost a lot of tight games last season, so to turn those into wins and make another run to the CPL final, Morelli and his teammates need to start finding the net more consistently from open play, and as a unit.