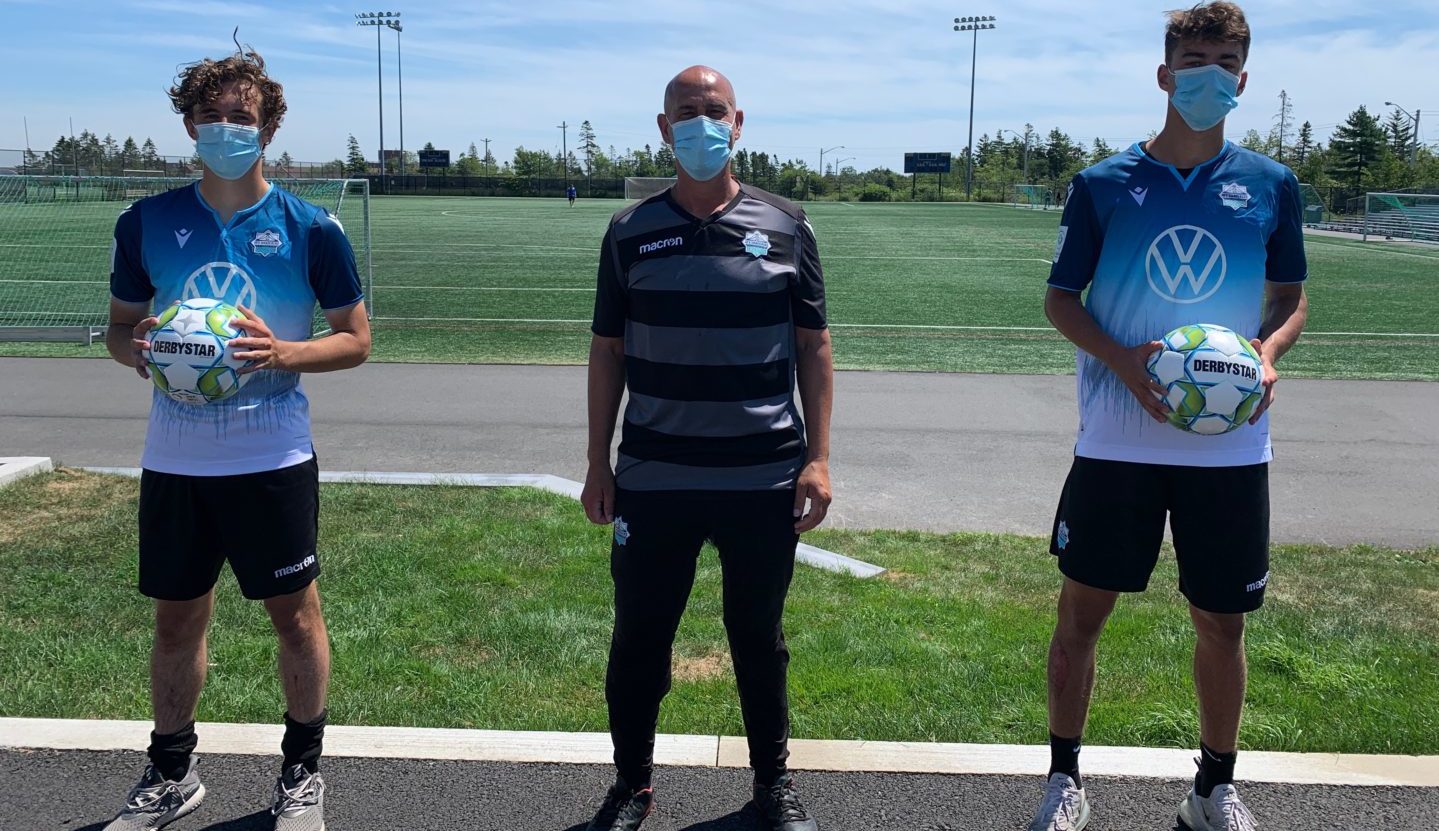 Following the announcement of the 2020 CPL season in Prince Edward Island earlier this week, HFX Wanderers FC moved quickly to complete the signing of two young players for The Island Games.

The team announced Friday that it has signed draft pick Jake Ruby to a U SPORTS deal, while Halifax-born Luke Green has inked a development contract with the club.

Ruby, 20, is a promising right fullback who Wanderers took with the final pick (14th overall) of the 2019 CPL-U SPORTS Draft. Green, 17, is centre back who has turned heads in Halifax’s local soccer scene.

Both players caught the eye of Wanderers coach Stephen Hart throughout pre-season training.

“Jake has very strong defensive qualities and he reads the game well and Luke has trained with us since last year and is very calm and measured which are good qualities as a centre back,” Hart said.

Ruby, a native of North Vancouver, is coming off a standout U SPORTS season with Trinity Western University in B.C. He is a former Vancouver Whitecaps Academy player, and has represented Canada at the under-17 level, as well as being invited to train in Germany with FC Nürnberg for a short spell.

“It’s been amazing training with this team and I’m super happy and motivated that there is going to be a league,” Ruby said. “The club gave me the option to go back home because of COVID-19 but I decided the best move was for me to stay here and show my commitment to the club and that was the right decision in the end.”

Green is a player many throughout Nova Scotia already know about from his performances with local club Suburban, as well as Team Nova Scotia.

“It’s a dream come true because to watch the team in the first year and to be from the city is unreal, so for me to have this chance to play pro in Halifax means everything,” Green said.

The teenager credits Wanderers assistant coach Mesut Mert, who helped him develop when Mert served as Technical Director of Suburban.

“Mesut made me into the player I am. Just his style of play, he loves technical players and he made me try to play quick and was all about the passing type of game,” Green said.

Wanderers VP of Football Operations Matt Fegan feels these signings are indicative of the club’s commitment to developing young talent.

“It reflects our vision for how we can provide a pathway for local players and we definitely have it in our plans to have some form of U-23 team starting next summer that would be made up of players who live or are studying in this region, in a collaboration with Atlantic Universities and Colleges,” Fegan said.

Both Ruby and Green will travel with the Wanderers squad for the 2020 CPL season in Charlottetown. The signings of these two young players completes a whirlwind few days for HFX after the announcement of the 2020 season, as well as the arrival of Jamaican international forward Alex Marshall, who signed with the club back in January.

The club said it is continuing to monitor COVID-19 border and visa restrictions to see if Brazilian defender Eriks Santos, another off-season newcomer, could arrive in Canada. HFX also said it is committed to bringing the Brazilian to Halifax for 2021 if it won’t be possible for this season.