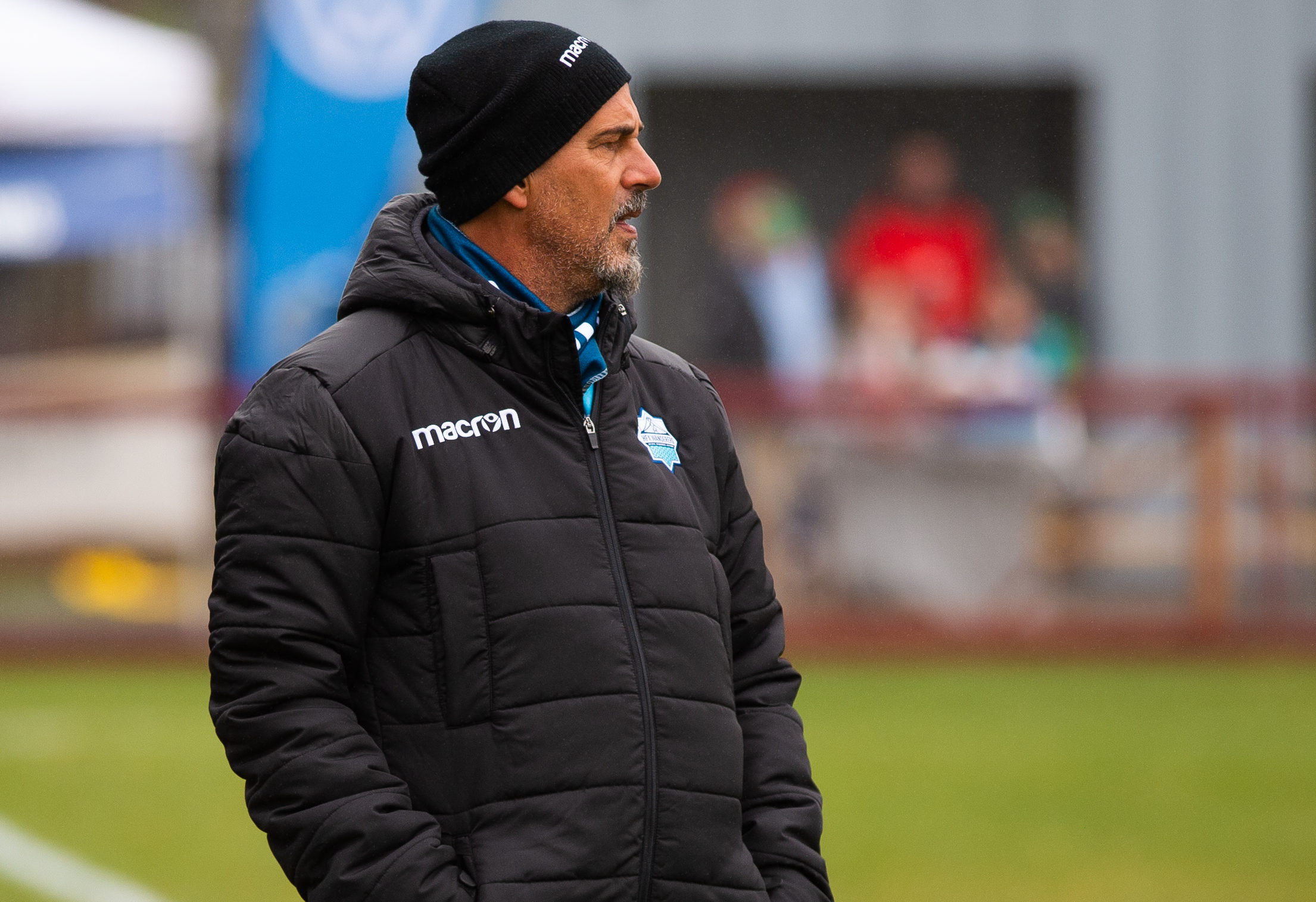 HALIFAX – The suspense and mystery leading up to a CPL match isn’t quite what it was this time two weeks ago.

With the exception of FC Edmonton, every team has played at least two games and opposition coaches now have game tape to look at in preparation for upcoming matchups.

“So, of course, (the approach) is a little more detailed than we would have been when we first started.”

While the early part of the Spring season may be a time for tinkering with lineups in search of the perfect starting XI, Hart hasn’t had that luxury.

Striker Tomasz Skublak missed a game after leaving early against Pacific the weekend before. Luis Alberto Perea made a dramatic debut, playing the full 90 minutes and scoring a late winner against Forge. Afterwards, he said he was playing “60 to 70 per cent” healthy. Kodai Iida left with a hamstring injury in the second half, after providing a spark from the midfield position first as a substitute against Pacific FC and then as a starter against Forge.

“It’s a little bit obvious we are fighting the injury bug fairly early in the season and we have to adapt,” Hart said.

Skublak, Perea, and Iida were all receiving treatment after training on Thursday and Hart said the team would make some late decisions ahead of the game against Valour FC on Saturday.

“It’s sort of a double-edged sword because a couple of players have been asked to do things they’re not very, very comfortable with,” Hart said of his lineup.

“You just have to get on with the role and the responsibility. But, you know, it’s one of those things where I think we’ve adapted well.”

Injury concerns aside, the team is in a good headspace going into the third game of the season.

“We’re all looking forward to the game on Saturday,” said defender Ndzemdzela “Zoom” Langwa, one of the CPL’s standout performers in the early part of the season.

“I think our last win against Forge really gave the team a boost, so we’re going into the game with our heads really high and think we can come out with the three points.”

Langwa said the strength of the Wanderers team early on in the season is the mentality of how it approaches games, pointing to how the team bounced back after a disappointing opening loss to Pacific FC.

“We have a feeling we can conquer any team as long as we have the right mentality going into the game,” Langwa affirmed.

From watching Valour’s games, Hart noted the speed at which the Winnipeg side push the ball forward.

“They have a lot of flexibility, a lot of attacking players and are unpredictable. Quite a dynamic team,” Hart said.

The HFX Wanderers have a mid-week fixture on Wednesday, May 15 with the first leg of the qualifying round of the Canadian Championship. It’s another road game – this time against League1 Ontario side Vaughan Azzurri – but don’t expect that match to affect how Hart makes a game plan for the clash with Valour.

“When I’m finished with Valour, we’ll sit down and do our homework on Vaughan. One game at a time,” Hart concluded.