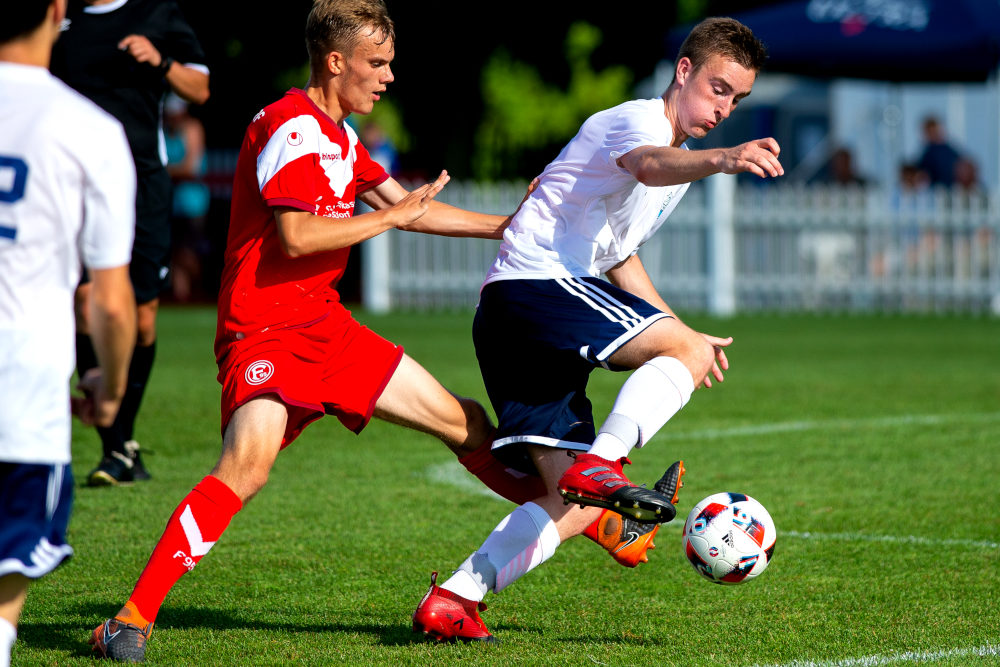 The 17-year-old, who is currently attending high school in nearby Fall River, N.S., has become the first Nova Scotia-born player to join the club’s Canadian Premier League roster.

“It’s a great feeling especially being local,” Firth said. “The fact I grew up here, to be playing in front of faces I know and see on a daily basis is something to dream of.”

? Today is a fabulous day for our club as we announce our first Halifax-born player!

“He shows good tactical understanding, technically he is growing day to day and his attitude on and off the field is excellent,” HFX Wanderers head coach Stephen Hart said. “He has shown good composure, his passing accuracy and range is statistically impressive. He has the physical capacity to work from box-to-box.

“He is a young player but this is his chance. This league is about finding that potential talent and providing the opportunity where their game can grow,” Hart finished.

Firth lined up for the Wanderers Atlantic Selects team last summer against Fortuna Düsseldorf’s under-21 team, giving him a rare taste of HFX Wanderers football at Wanderers Grounds.

“The crowd and the atmosphere was amazing,” he said. “Wanderers Grounds is amazing.”

Firth is the ninth player signed to the Wanderers ahead of their inaugural season.