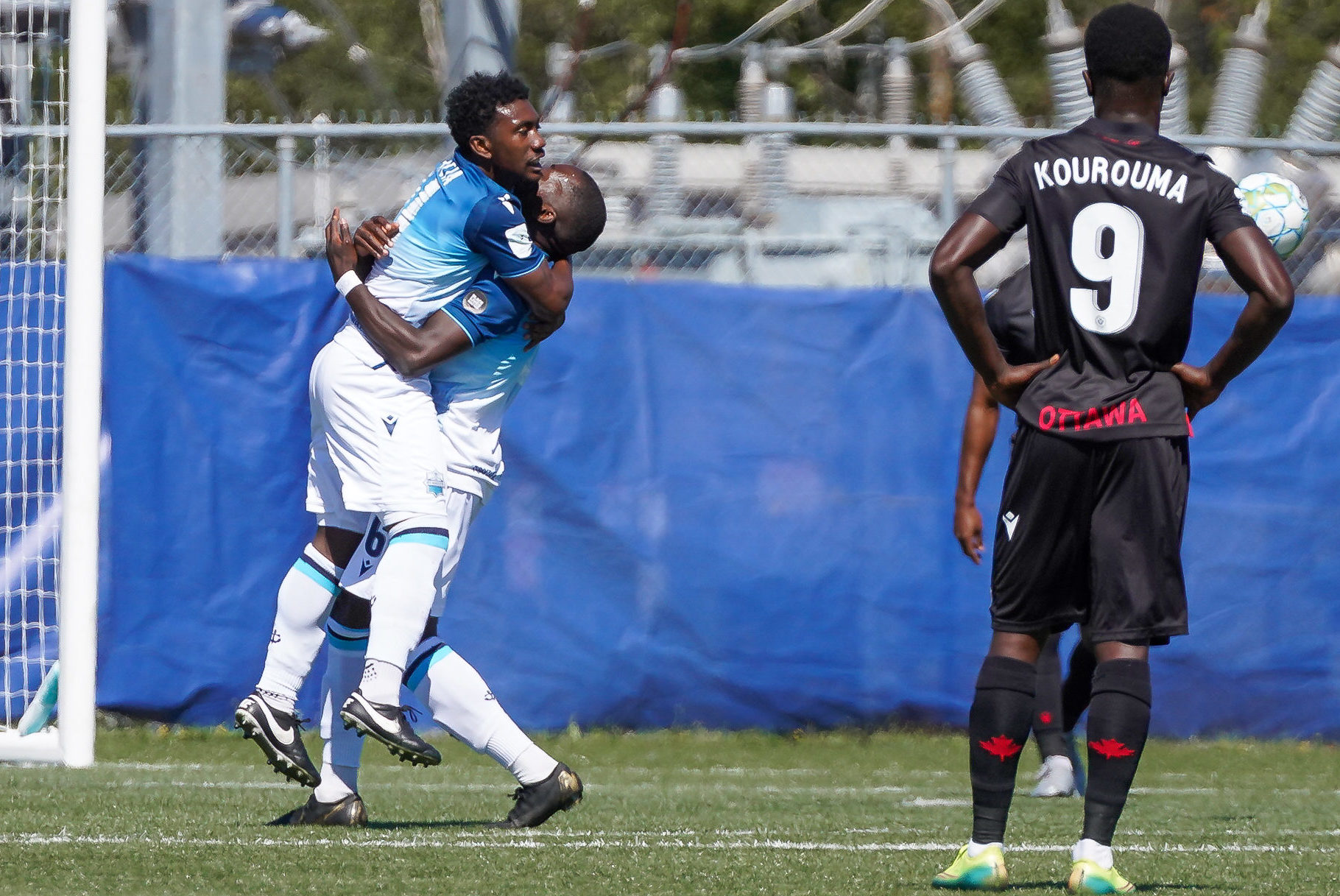 The 2020 season was, although brief, quite magical for HFX Wanderers FC.

They banded together as a heavily-revamped squad, and they defied pretty much everyone’s expectations en route to a CPL Final berth after finishing in last place in 2019.

Despite not coming away with the North Star Shield, there’s plenty to celebrate for the Wanderers. So, rightfully, they’re well-represented in nominations for the CPL Awards; HFX is the only club with a nominee in every single category, and they’ve already have one trophy locked up thanks to Akeem Garcia’s Golden Boot-worthy campaign.

The Trinidadian attacker himself is, of course, up for Player of the Year, thanks to an Island Games run that saw him bag six goals and drive perhaps the most entertaining counter-attacking offence in the CPL in 2020.

In the immediate aftermath of his side’s defeat to Forge FC in the CPL Final, Garcia admitted he wasn’t able to fully process what his MVP nomination meant to him. Now, with the awards ceremony approaching, the 23-year-old is taking a keen interest in the accolades, both for himself and for his nominated teammates and coach.

“It’s not only for me, but for the club and my family and everything like that. I really hope to win it, but if I don’t the other guys deserve it, of course.”

Garcia certainly faces stiff opposition in the Player of the Year category, with Forge captain Kyle Bekker and Pacific FC star Marco Bustos both well-deserving after strong 2020 seasons. Garcia is the first Wanderers player nominated for the honour, after the 2019 season saw Bekker and Dom Malonga of Cavalry FC lose out to Forge phenom Tristan Borges.

Regardless, Garcia is confident that the Wanderers will walk away with at least something on Thursday (aside from his Golden Boot, of course). Teammate Christian Oxner is nominated for Goalkeeper of the Year, and Chrisnovic N’sa — who recently moved to York9 FC from HFX — has a nod for U21 Canadian Player of the Year. Meanwhile, Stephen Hart is up for Coach of the Year.

It’s unsurprising that Garcia would, of course, pick all three of those men to win their awards. He had a little extra praise for his Hart, though, having seen his career flourish in the past two years under the experienced coach. He shed some light on just how committed Hart is to his work, and how much he cares for his players’ improvement.

“I always tell people he’s the best coach I’ve played for so far in my career, because he’s so supportive,” Garcia said.

“You can talk to him anytime. He doesn’t come down on you, but he always gives you hints, like if he’s watching a soccer game and he thinks you need it in your game, he’s gonna message you and say, ‘Look at this,’ and try to put it in your game. He not only talks to you when it’s training time, he talks to you when it’s downtime for himself; when he’s spending time with his family, he’ll message you. That shows interest and makes you feel good to play for a coach.”

Could it be an HFX Wanderers sweep at the 2020 CPL Awards? We’ll have to wait until Thursday to find out.

If it were up to Garcia, though, it definitely would be.