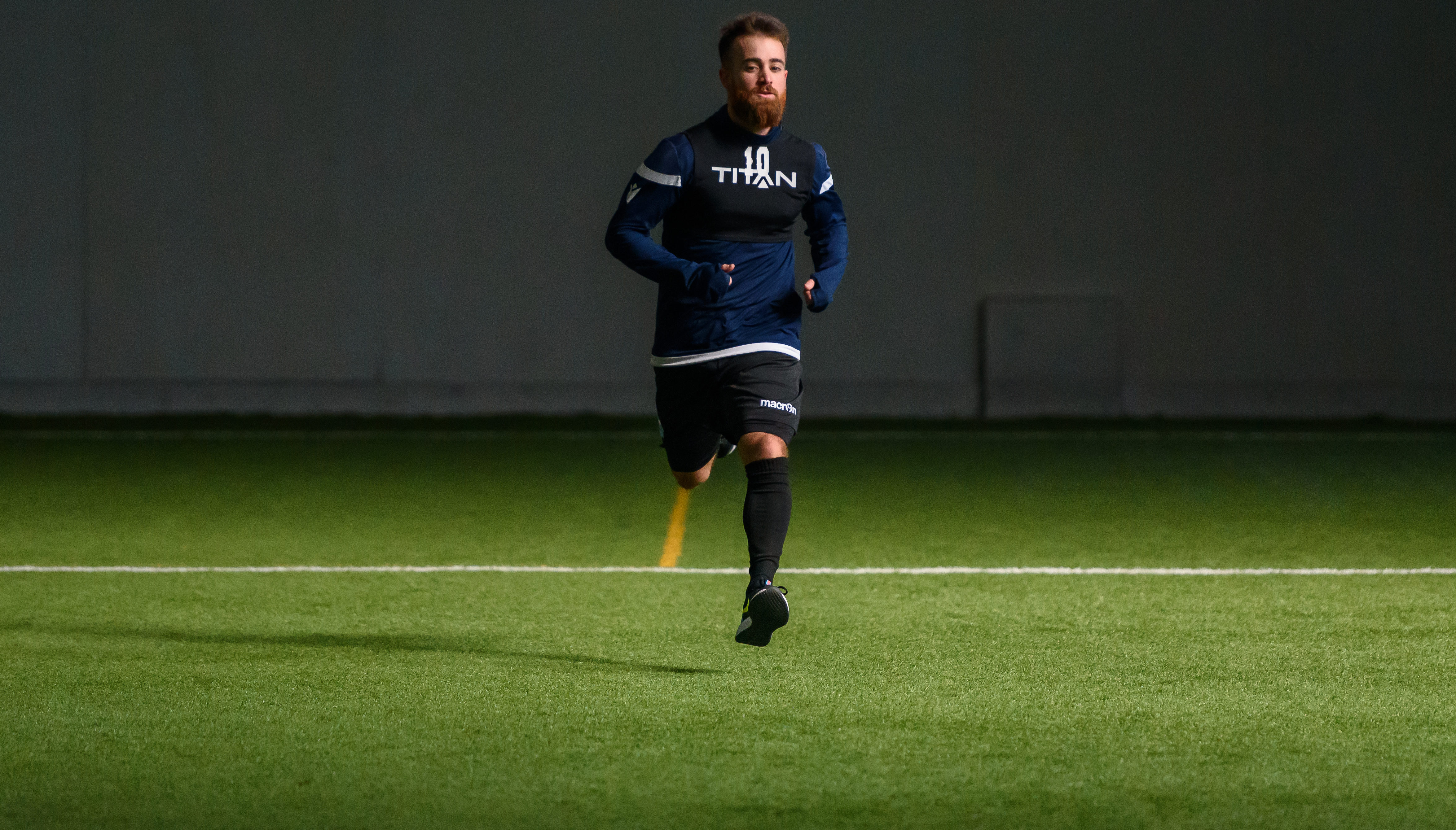 He’s only 26 years old, but HFX Wanderers FC newcomer Alessandro Riggi has already seen a lot during his career.

From his stints in Italy and Spain, to his time in the USL, the Montreal-born forward has a collection of memories from his playing days that will last him a lifetime.

Topping the list of career highlights for Riggi was playing alongside Ivory Coast and Chelsea legend Didier Drogba when they were teammates at Phoenix Rising in the USL.

Drogba’s two-year spell in MLS with the Montreal Impact ended in 2016 when he was 38. After several months as a free agent, he signed with Phoenix in April 2017, and became a minority owner in the USL team.

Riggi had only joined Phoenix a few month earlier after his previous club, FC Montreal, ceased operations. Riggi and Drogba had crossed paths in Montreal – Riggi often trained with the Impact’s first team – but it was in Phoenix where HFX’s newest forward came to fully appreciate what Drogba brought to the table.

“It was the best experience of my life playing with Didier. I’ve never met anybody like him,” Riggi told CanPL.ca.

“It was unbelievable how someone who played at the top level, who won a UEFA Champions League and played at the World Cup, dropped down top play in the USL. Jesus, I’ve seen players who weren’t even close to his ability come to these leagues with big egos; they don’t respect anybody and they think they’re superior.

“But that wasn’t him. He was a leader, he was a respectful guy, he looked out for everyone, tried to help everyone, and tried to bring a championship to Phoenix. It was unbelievable.”

Drogba was in the twilight of his career when he joined Phoenix. Winning European and English titles with Chelsea, and representing his country were in the rear view window. Playing in the USL was as far away as competing in the Champions League and Premier League as you could get. Still, the Ivorian approached his time in Phoenix with complete professionalism, and that made a lasting impression on Riggi.

“He inspired me a lot. Even at his age and with all he’d done in the game at that point, he would stay behind at training, and he would shoot 50 balls – all of them went into the top corner, which was ridiculous. He was a machine. That’s why he could play until he was 38, and still be successful, be dominant, and produce. You could see it had nothing to do with luck, and everything to do with his preparation, hard work, discipline, desire, and leadership,” Riggi said.

During the 2018 USL season, Riggi and Drogba combined for nine goals, helping Phoenix reach the USL Championship final where they lost 1-0 to Louisville City FC.

Riggi recalled the determination that Drogba showed that entire campaign and how he was so desperate to deliver a USL title to Phoenix. Drogba demanded the very best from his teammates, and he didn’t gladly suffer fools. The Ivorian dished out a lot of tough love.

“It wasn’t easy to play with him because Didier doesn’t take s–t. If you’re not at his standard, he’d call you out… he’d be up your ass all the time. He demanded greatness because he was great. It’s challenging to be at the level he wants you to be, but he makes you understand what you’re capable of, and he encourages you when you’re on the right track, so you learn a lot,” Riggi offered.

“I had to tweak my game because I always wanted to hold onto the ball and dribble, and he made me understand I had to let go of the ball more often. It was overwhelming at times, but if you love the game, take pride in your craft and inspire to be better, you only see this as a positive challenge. I learnt many things from him.”

Drogba retired after the 2018 USL Championship final loss, while Riggi returned to Phoenix in 2019, although injuries prevented him from playing that season, and he signed with HFX Wanderers last December.

Still, the memories of playing with one of the sport’s biggest icons is fresh in his memory, as are the times they spent together off the pitch while together in Phoenix.

“It was like we were all his younger brother. On the weekends, he’d often take us all out to dinner and give us a feel of what it was like to live the life of Didier Drogba for three hours,” Riggi recalled.

“Other times, he would bring the whole team to his house for barbeques. We spent time a lot of time together as a team; it was a lot of good times, good laughs, good memories.”