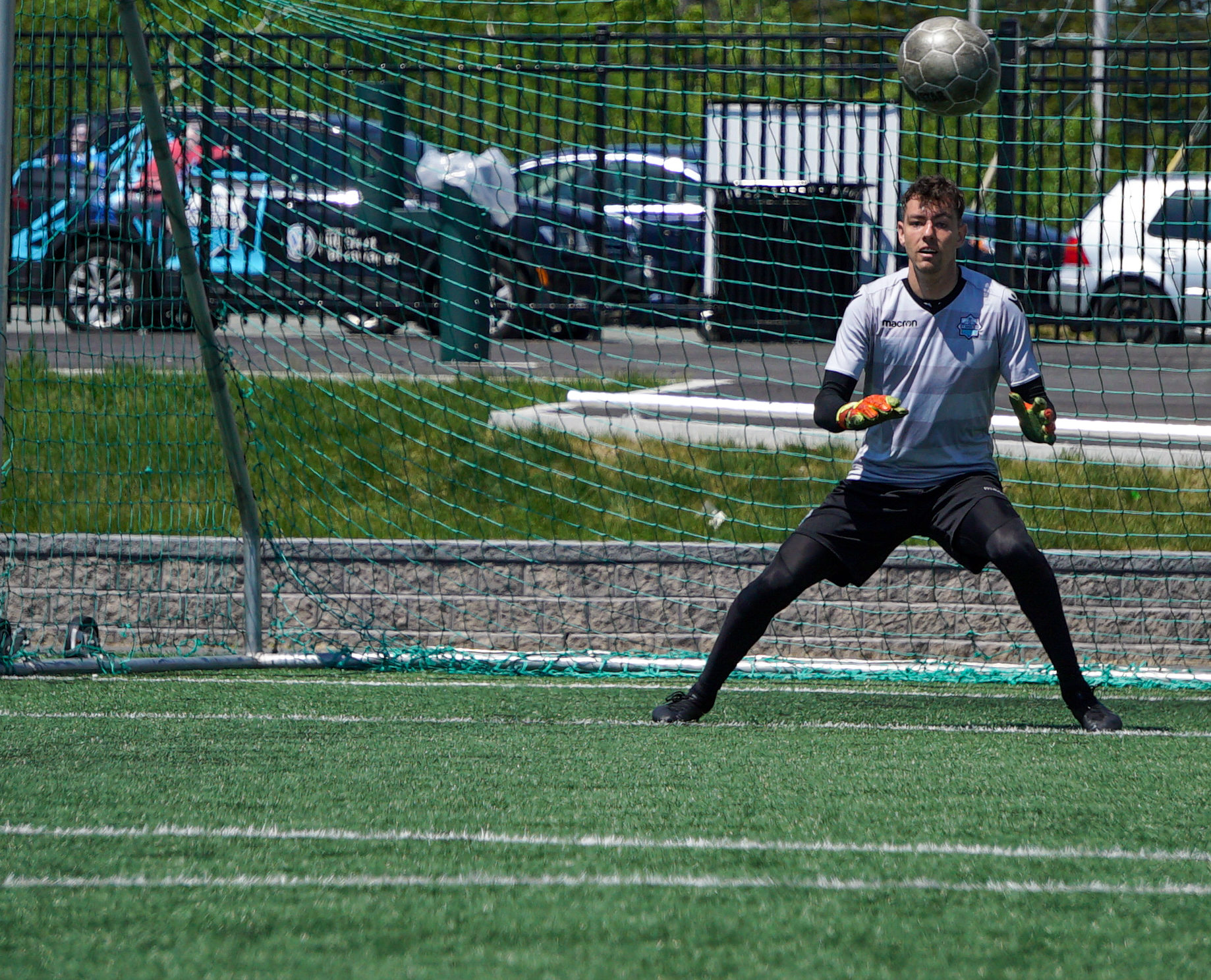 Being a goalkeeper is often the loneliest job in soccer.

A sense of isolation can overcome the average shot-stopper if the action is continuously in the other end of the field during a game, or if he goes long stretches of time without even getting a single touch on the ball.

Now, just imagine what the average Canadian Premier League goalkeeper is going through at the moment after teams recently returned to training following a lengthy layoff due to the COVID-19 pandemic.

All eight CPL clubs are back on the practice pitch, but it’s hardly business as usual – players across the league must maintain social distancing and adhere to strict healthy and safety guidelines at all times during these training sessions. As a result, players are mostly limited to individual exercises and drills – we’re not at the point where five-a-side matches or intra-squad scrimmages are taking place.

Goalkeepers such as HFX Wanderers FC’s Jason Beaulieu are facing shots in practice, but the protocols that are in place mean that the training sessions can’t replicate a normal CPL game. It’s one of the many obstacles that the league’s shot-stoppers must overcome as teams remain in the current phase of training.

“What’s been the most challenging thing when I came back to training was just to see the ball and be able to react quickly. Just to see how guys are hitting it, and seeing if it’ll go to my left or right – is he gonna chip it or is he gonna blast it. Picking up on those littles cues that when you’re training every day come natural to you, you can take for granted. Now, you really have to be alert,” Beaulieu told CanPL.ca.

“Normally you can anticipate and read stuff like that, but now it’s much harder having been off for so long. It doesn’t come natural after such a long break. My reaction time was a bit slower at the beginning, but it’s getting better and returning to a normal level as I adjust to the type of training we’re doing.”

Beaulieu isn’t frustrated by the situation, and maintains that he’s made the adjustment. Still, you can tell he has ants in his pants, and is counting down to when training sessions will feature for realistic game situations.

Beaulieu, a 26-year-old native of Montreal, officially joined the Wanderers in February after parting ways with the Montreal Impact of MLS.

He spent the entire lockdown period in Nova Scotia after pre-season camp was shut down in March, taking the occasional drive or walk around to get to know Halifax, a city he said he’s come to love.

Beaulieu also took the opportunity to learn Spanish, and with the help of the team’s staff he produced a pair of instructional videos for Wanderers fans– one of his home workout, the other of him and his mother making tacos.

At six-feet-four-inches, Beaulieu promises to be a strong presence in the penalty box for Stephen Hart’s side once the 2020 CPL season kicks off. However, his pathway to the starting 11 is blocked by Christian Oxer.

Oxner, a 23-year-old native of Halifax, emerged as one of the key players and a crowd favourite in the team’s inaugural season. He started the CPL campaign on the bench, unable to supplant Trinidadian veteran Jan-Michael Williams as the club’s starting goalkeeper. Eventually, though, the rookie shot-stopper forced his way into the line-up, taking over the No. 1 job and earning the trust of Hart.

After becoming the club’s starter, Oxner went on to record an impressive six clean sheets (fourth-best in the league) and a team-leading 42 saves along the way.

Needless to say, Beaulieu has his work cut out if he wants to win the starting job in 2020.

“We’ve been working together all through training, and we’ve got to know each other, and hang out on the field, and a little bit off the pitch. Christian is a great guy who is appreciated by everybody on the team. He’s a very good goalkeeper,” Beaulieu said.

“It’s a good rivalry, but of course only one of us can play, so we’re pushing each other hard in training, and there’s healthy competition between us to both get better and raise our levels.”