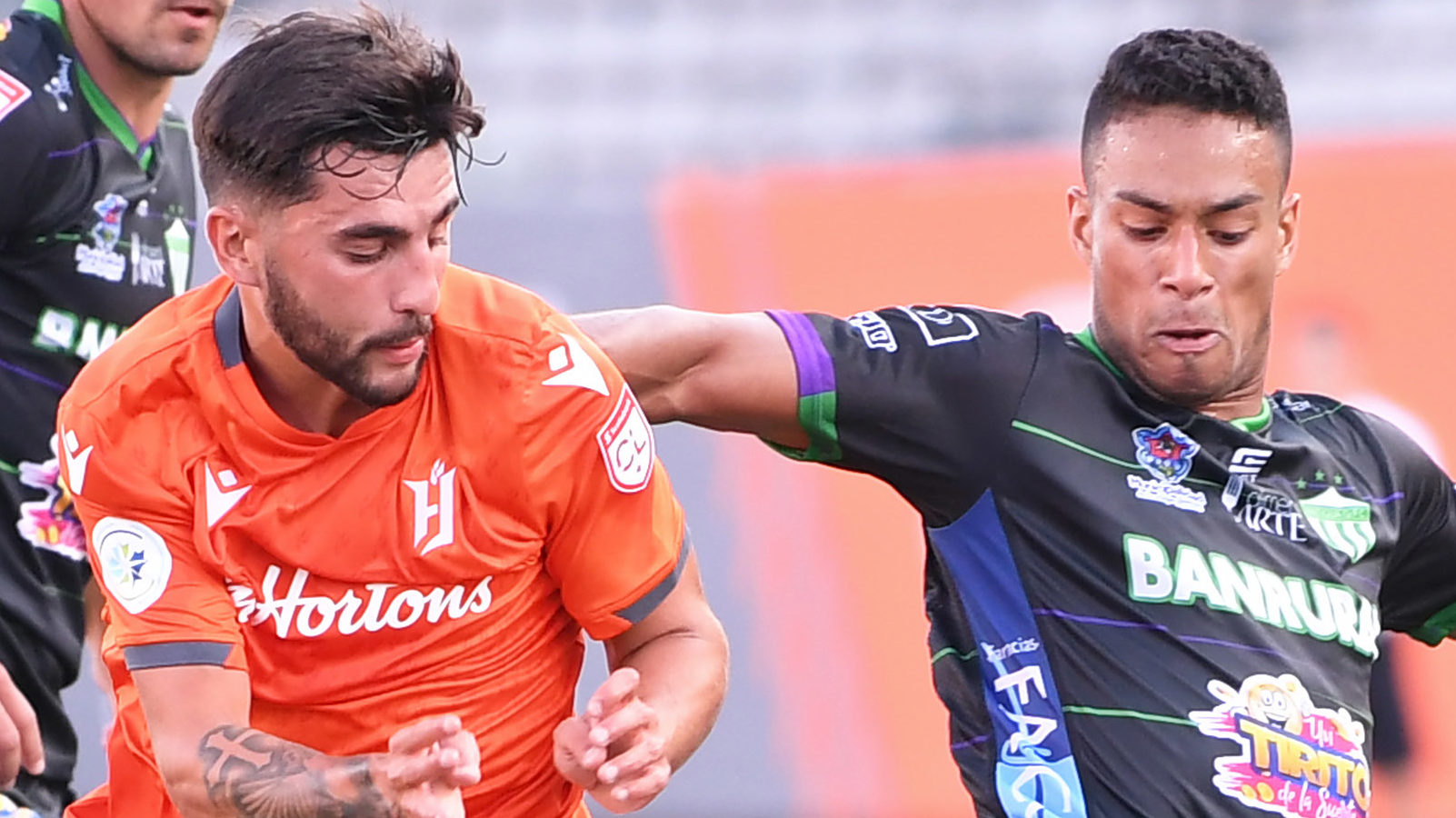 Thursday was a big night for Forge FC.

The Hamiltonians earned a dramatic 2-1 win over Salvadoran side Club Deportivo Municipal Limeño in the preliminary round of the 2020 Concacaf League.

The victory at Estadio Cuscatlán in San Salvador was a first for Forge on the road in Concacaf, a result made more impressive by their lack of competitive matches since The Island Games, injuries, a red card, and so on.

Anthony Novak’s thunderous 84th-minute strike sent Forge through to the round of 16, where they’ll play FC Tauro in Panama on Nov. 3.

It was one of the club’s biggest victories. Here’s how Thursday’s win over Municipal Limeño stacks up with other big Forge victories.

Forge welcomed Guatemalan side Antigua GFC to Tim Hortons Field last August with much to be discovered – how would the Canadian Premier League match-up against a Concacaf opponent?

David Choinière’s injury-time winner marked the club’s biggest moment up to that point and, perhaps most importantly, showed CPL teams were more than capable in competing with Central American teams.

As coach Bobby Smyrniotis put it, The Island Games proved Forge can win in many formats.

“Give me a path for how I can win a championship and I’ll figure out how to get there,” Smyrniotis said before the 2020 CPL Finals against upstarts HFX Wanderers.

While it wasn’t pretty, a 2-0 win on Prince Edward Island solidified Forge’s claim as the best team in the CPL. Losing only once in their 11-match sprint to a second North Star Shield, Forge embraced the “bubble” environment well. Alexander Achinioti-Jönsson’s headed goal, which stood up as the winner, encapsulated the club’s “win at all costs” mentality.

Circumstances mounted against Forge in El Salvador on Thursday – a first match in just over a month, on the road in Central America, absences of Kwame Awuah and Chris Nanco, and a second-half red card to Jonathan Grant made proceedings slanted in Municipal Limeño’s favour.

But like other matches on this list, Forge just found a way to win. Anthony Novak’s thundering blast sent the Canadian side into the round of 16 for the second time in as many years.

It was also the first road victory for Forge and, by extension, a CPL side on the continental competition. An important victory but not as impressive as…

As CanPL.ca’s John Molinaro pointed out in this week’s CanPL.ca Virtual Newsroom, Forge’s win over Honduran giants CD Olimpia was a much more impressive win than their victory against Municipal Limeño. Olimpia waltzed into Tim Hortons Field as a former Concacaf League winner and Champions League runners-up.

Forge put their stamp on the continental competition with arguably the upset of the round – a 1-0 win with Chris Nanco’s early goal and Triston Henry’s penalty stop making the difference.

It’s fitting that this list begins and ends with David Choinière, isn’t it?

Forge entered Leg 2 of Finals 2019 against Cavalry FC up a goal but far from guaranteed to grab their first CPL title. Playing at ATCO Field at Spruce Meadows against their top rival was no easy task for Forge as the Cavs threw everything their way to get an equalizing goal. David Edgar and Daniel Krutzen contained the pressure well, clearing away danger and keeping Cavalry’s high-tempo attack at bay.

That containment eventually sprung an image engrained in Forge’s history forever: Elimane Cisse and Choinière in stoppage time, with acres of space, sprinting towards Marco Carducci at the other end.

Forge captured the CPL’s first championship and, by extension, created a common thread that runs through all of these matches. Without Tristan Borges’ goal in Leg 1, Forge never qualifies for this season’s Concacaf League or beats Municipal Limeño, and so on.

A history-making victory that may not be topped on this list for years to come.