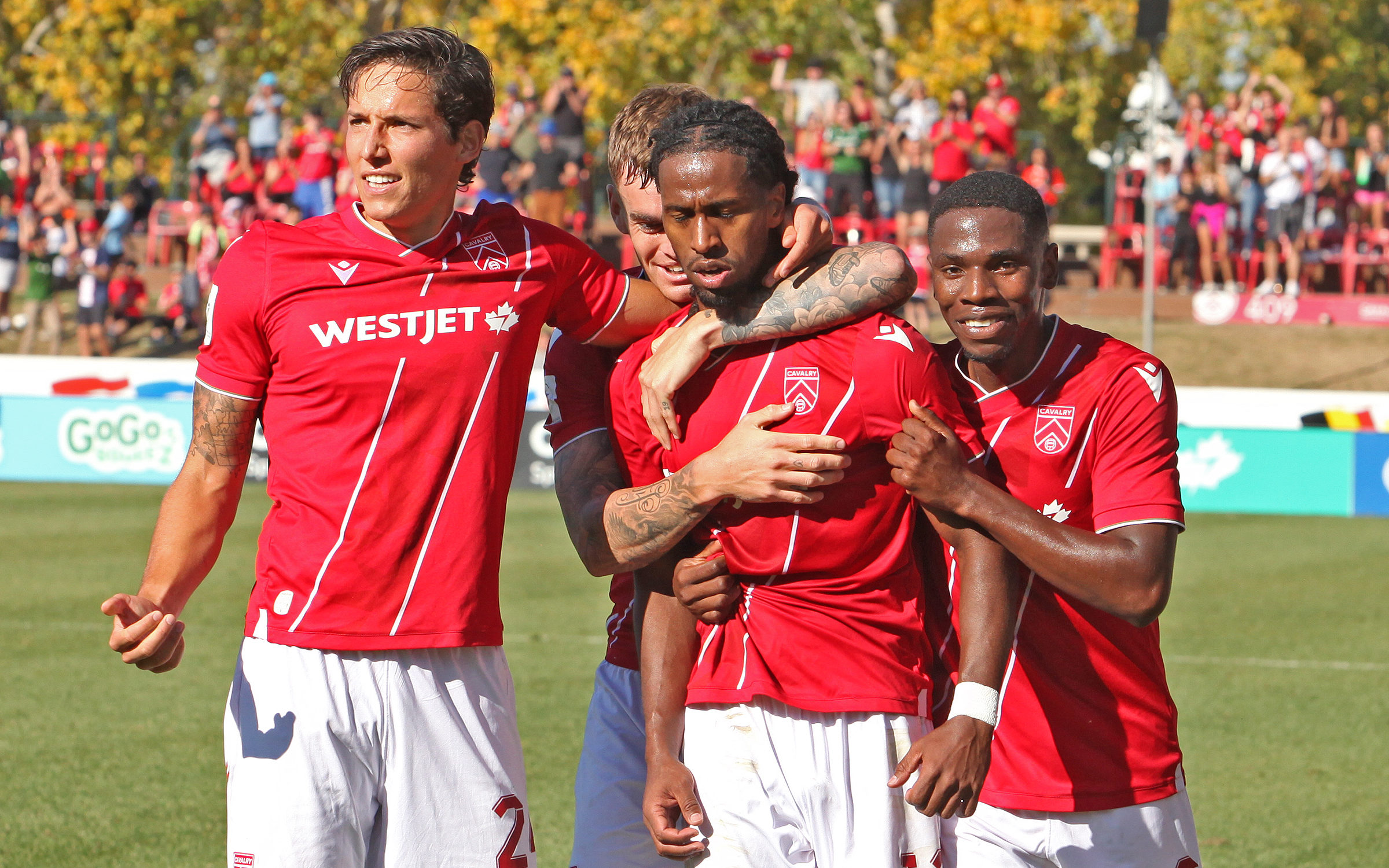 Cavalry FC are bringing back one of their best attackers for the 2023 Canadian Premier League, announcing on Tuesday that they have re-signed Canadian forward Ali Musse.

Musse played 31 times for Cavalry FC last season, 27 in the CPL regular season and twice in the CPL playoffs and Canadian Championship, scoring seven goals and adding four assists. He’s established himself as a crucial part of Tommy Wheeldon Jr’s team, capable of producing a moment of magic that can win a game or swing the momentum in Cavalry’s favour.

Game ON in Hamilton 🐎

Some brilliant passing, and a stunning finish from Ali Musse and @CPLCavalryFC have cut the league in half

Cavalry finished third in the regular season table in 2022, just two points back of winners Atlético Ottawa, before losing to heated rivals Forge FC in the semifinal of the playoffs. Their season included a two-and-a-half month unbeaten run, but without anything to show for it at the end of the season, they came away from it with some frustration.

With that comes added motivation for the year ahead.

“We have to compete, we have to trust the process and keep striving and pushing,” Musse told CanPL.ca. “I will do my best and expect my teammates and club to join me on that. I want to be better in every way, I want to improve on everything. On and off the field.”

Added Cavalry boss Tommy Wheeldon Jr.: “We were only two points from being the regular season champion, a penalty kick away from beating the Whitecaps, and a goal or a decision away from making another playoff final… so not far off. We just need to make sure that players we bring in are systematic changes that suit what we’re trying to do.”

Musse is one of many Cavalry players returning from a season ago. Wheeldon Jr. told CanPL.ca that he didn’t want to change too much, believing that his side only needed some minor adjustments to compete again in the regular season next year, and challenge for their first North Star Shield.

It seems to be that old adage ‘if it isn’t broken, don’t fix it’, even if some top quality players have left along the way.

“Very excited [to be back], it’s been a long wait and I’m ready now,” Musse said. “Consistency is very important in so many ways but I understand that’s football, players come and go. All the best to those who left and, [to the] ones here, I’m looking forward to working with [them].”

Longtime Cavs midfielders Elijah Adekugbe and Elliot Simmons are among the players to depart this offseason, but Cavalry was quick to replace them, bringing in Australian midfielder Jesse Daley and former FC Edmonton captain Shamit Shome — whom Wheeldon Jr. compared to Nik Ledgerwood and Julian Büscher, saying that their mobility and engine in midfield is similar to that 2019 Cavalry midfield duo.

Keeping and continuing to develop current players can be just as important as signing new players, however, and that’s what Cavalry will be doing with Musse. Wheeldon Jr. used another one of the best attackers in the world to draw comparison to how he envisions Musse’s role in the team.

“He’s a maverick, and I think for us, what he brings is something different,” the Cavalry boss said. “He can just catch teams out because he improvises, he’s learning the tactical side of the game, which pleases me because he’s always had that ability to change the game but he also understands his role as a defender.

“In the modern day game, you’ve seen that with [Antoine] Griezmann in France, he was able to drop in and do a defensive job as well as create goals. I think he’s terrific, and a scorer of great goals, and one of the talents in the league for sure.”

Musse has scored some fantastic goals in the Canadian Premier League, but one in particular takes the cake according to both Wheeldon Jr, and the Cavalry attacker himself.

“The Valour goal,” Wheeldon Jr. said with a smile. “The goal against Valour was important because it clinched a playoff berth.”

Musse, for his part, felt the same: “It came at a crucial moment, and to score the way I did at the time, and at home to secure a playoff spot, was a really cool moment.”

In Cavalry’s second-last match of the 2022 regular season, at home against his former club, Musse received the ball at the edge of the penalty area before turning and firing a rocket into the top corner of Rayane Yesli’s net. It was one of the best goals of the season, and its importance only added to the fondness with which they look back on it.

Scoring wondergoals and putting in big performances aren’t new to Musse. Wheeldon Jr was quick to remember the performance that his attacker had for the Calgary Foothills against Reading United in the Premier Development League (PDL) final in 2018. With future Canadian men’s national team and CF Montreal star Kamal Miller playing for (until a second half red card) their opponents Reading United, Musse scored a brace as Calgary won 4-2, winning the championship.

Something that has also become clear over the years is that Musse is also a fantastic teammate — someone you want to have around your club.

“Ali is actually just a very low-key guy,” said Wheeldon Jr. He’s not an introvert by any means, but he’s very chill in the way he approaches life and doesn’t let too many other things stress him. He loves the game and we’re always trying to kick him off the training pitch to rest up when we’ve got games coming up because he’s always one of the last to leave, whether he’s practicing free kicks or dribbling.

“He likes to keep himself, I think he lets his feet do the talking. The game brings him joy and ease, and he’s very committed to it to his religion. I’ve seen him go through Ramadan during the hottest part of the season, and he finds a way to be disciplined to it. He’s got great commitment to that stuff.”

Doing his talking on the pitch is what Cavalry is hoping he’ll do again in 2023. Musse missed some time over the past couple of years with injuries, but when he’s fit and firing, he’s one of the best attackers in the league.

“He strikes a terrific ball,” started Wheeldon Jr. “He’s got blistering pace, and I’d say he’s got great intelligence. He’s a humble guy off the pitch, and for us it’s about getting him fit and actually carrying on from where he left off.”

RELATED READING: ‘There was this fist bump, and that was where it all began’: In soccer and life, Ali Musse and Henok Hiebert have an unbreakable bond