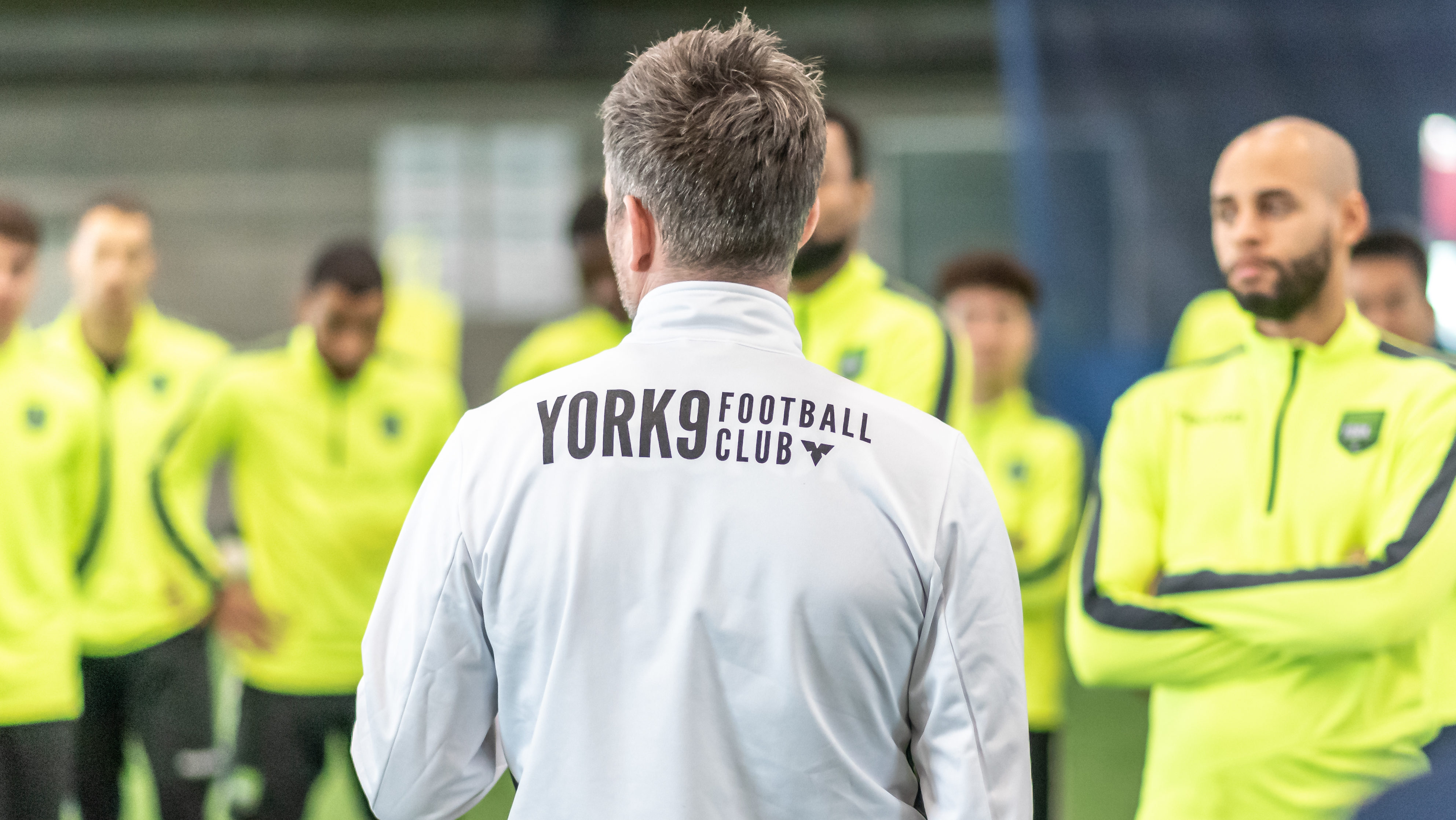 TORONTO – Among the many storylines to emerge during the contesting of a domestic cup is that of a player, boots now hung and wearing the suit and tie of a head coach on the sidelines, trying to recapture the glories of his past.

That is indeed the case with York9 FC head coach Jimmy Brennan, who has his eye on the Voyageurs Cup once again, though in changed circumstance.

Brennan is no stranger to the Voyageurs Cup, of course, having famously captured the title after his 2009 Toronto FC outfit dispatched the Montreal Impact 6-1 in a dramatic Canadian Championship finale. He has also lofted Canada’s domestic prize as an assistant coach during his time with the Reds.

But these days, everything has changed.

“I would love to win it again,” Brennan said in the build-up to his team’s second leg bout with PLSQ champion A.S. Blainville, which coincidentally coincides with his new team’s homecoming at York Lions Stadium (Wednesday, May 22, 7:00 p.m. ET, available on OneSoccer).

“I was fortunate when I was at TFC and won it as a player and as an assistant coach, so I’ve been lucky to get my hands on it a couple of times,” Brennan continued. “It would be really nice to get it with York9. We’ll make a good go at it and we’d love to win it.”

He added: “It’s an exciting one for us because it’s our first home game, and then we have Forge on Saturday (in Y9’s first home tilt in league action).”

It’s also an opportunity for York9 to finally get their home bearings, having been on the road for the first four matches of their 2019 campaign.

“The guys are really looking forward to getting home and playing,” Brennan said. “We’ve had Forge on the road, Cavalry on the road, Pacific, plus a Canadian Championship game on the road (at Blainville) so we’re travelling all over the place.

“It’ll be nice to finally get home, get in our own backyard and start playing some football.”

That road trip has proved troublesome to the Nine Stripes, who have yet to procure a victory in 2019. The fatigue of travel, the management of multiple competitions, rebounding after a string of less-than-satisfactory results, all while facing a high standard of expectation, both externally from onlookers and internally among their own – it can be a daunting task.

But Brennan is more than equipped to handle it, and then some … even if that means ignoring some of the instincts that linger from his playing days.

“The thing is, because I’ve been a player and now I’m a coach, I understand what the players are going through,” he affirmed. “I understand what it’s like being on a plane for a number of hours, or being on the road, and coming out flat. I get it. I totally understand it.

“It’s my job now to coach them and help them get through these situations. I was awfully happy for them in the second half (against Pacific). When we scored, I ended up on the field! I wanted to get in there and celebrate with them … but you can’t. You have to understand what your role is now.”

Brennan’s role is no longer that of captain on the field, but of general on the sidelines. Regardless of title, though, that same spirit of competition that defined him as a player remains abundantly apparent.

It should serve York9 well on Wednesday, as the Canadian Championship continues on.