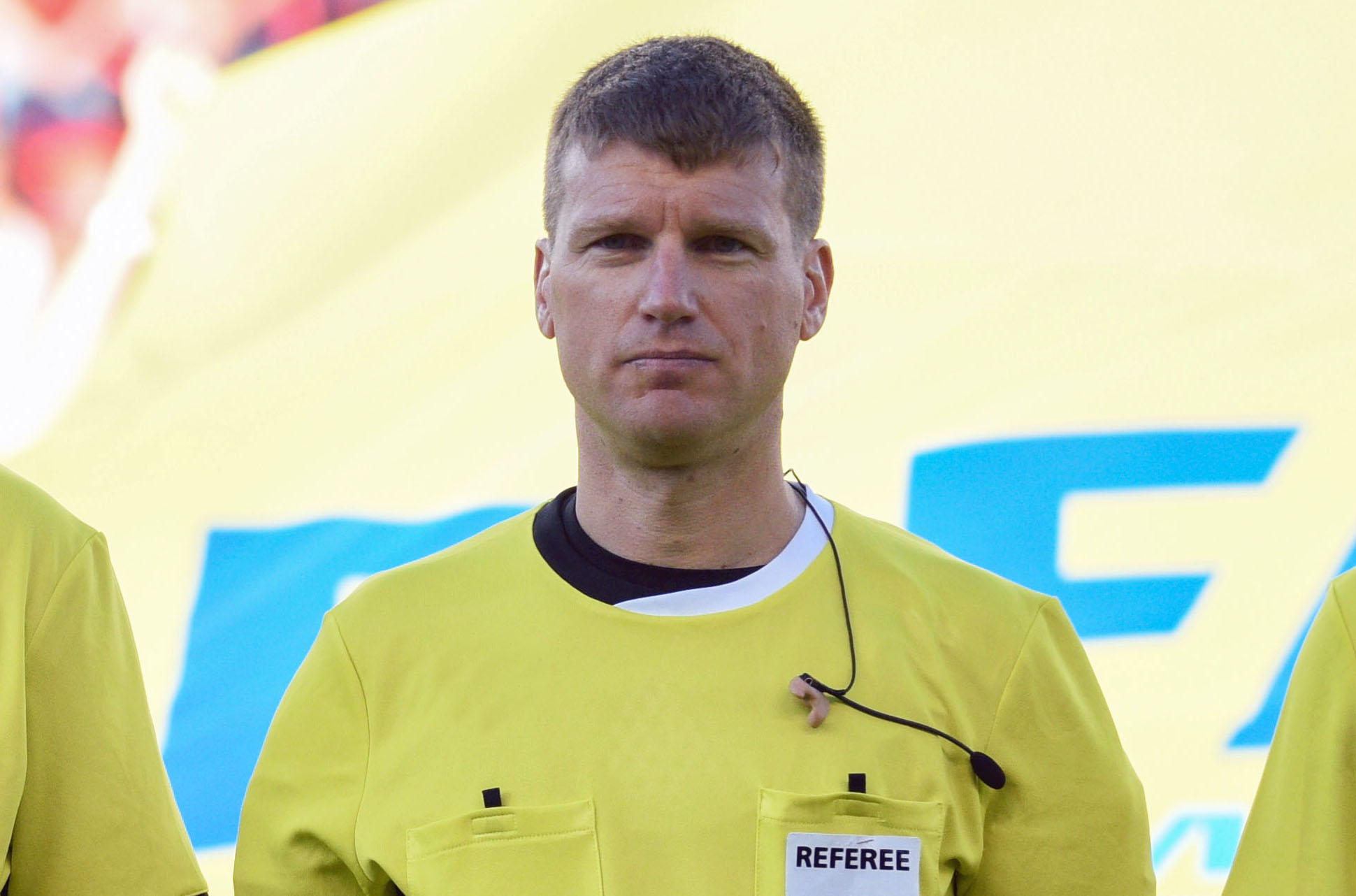 Tim Hortons Field is in full preparation mode for the inaugural Canadian Premier League match, and on Thursday, the referee assignments for the historic tilt were announced, with experienced official Dave Gantar taking the helm of Forge FC vs. York9 FC (Saturday at 1:00 p.m. ET/10:00 a.m. PT, available on OneSoccer).

Gantar was born and raised in Edmonton, where his love of soccer was sparked by watching the Edmonton Drillers, Eagles, Brickmen and Aviators, clubs from his hometown that played in many a different league throughout his childhood.

He began refereeing at the professional level in 2009, when he was assigned to the Canadian Championship, and has since been a staple in North America, refereeing many Major League Soccer and international matches over the last decade, including tilts in the 2014 FIFA World Cup Qualifying cycle, and the CONCACAF Champions League.

But this latest assignment is just a little bit more special for the 43-year-old match official.

“This is Canada! It’s a great moment,” Gantar told CanPL.ca. “I’m really, really looking forward to this, not only because of my own history, but because I think it says a lot about where the game has come in Canada.  ”

This is not Gantar’s first time out – the seasoned referee has officiated many a major matchup in his career. Those experiences are why Gantar’s not worried about the 90 minutes of action on offer, even if he and his crew will have the eyes of the nation upon them for the occasion.

“The pressure of doing the first-ever match in the CPL is big, but that’s balanced off by the great crew of guys that I’m working with,” Gantar said. “I’m going into this match ready. We’re ready to do this. We know we have a lot of responsibility to take care of as well, but we’re more than ready for it.  ”

Those 90 minutes will kick off six months of CPL action.

It’s a match that stands alone in history, but one that opens the door for many, many more officiating opportunities – the building of a soccer economy, for all.

“Experience comes with doing games, and the more games you can have at a higher level, it gives you even better experience,” Gantar said, of the doors being opened through the CPL. “This helps Canadian referees in a great way, by creating a lot of opportunities for us.

“We hope this creates not only opportunity for the players and the coaches of the game to develop themselves, but also for the referees. It lets referees become more polished and better when they get onto the international stages, because they’ll have had so many more cycles. That’s my hope.”

While those 90 minutes of soccer will be the focus on the day, it’s hard not to use this occasion to look back and reflect on just how far the game has come in Canada.

“  If somebody would have told me 15 years ago when I was refereeing the (old NASL) Whitecaps or the Toronto Lynx that there would soon be three Canadian teams in MLS drawing more than 20,000 people each week, and a Canadian league starting off with seven teams and massive support, I would have said you’re crazy! No chance!” Gantar concluded.

“It’s amazing, seeing the growth of the game in Canada. It’s been incredible.”