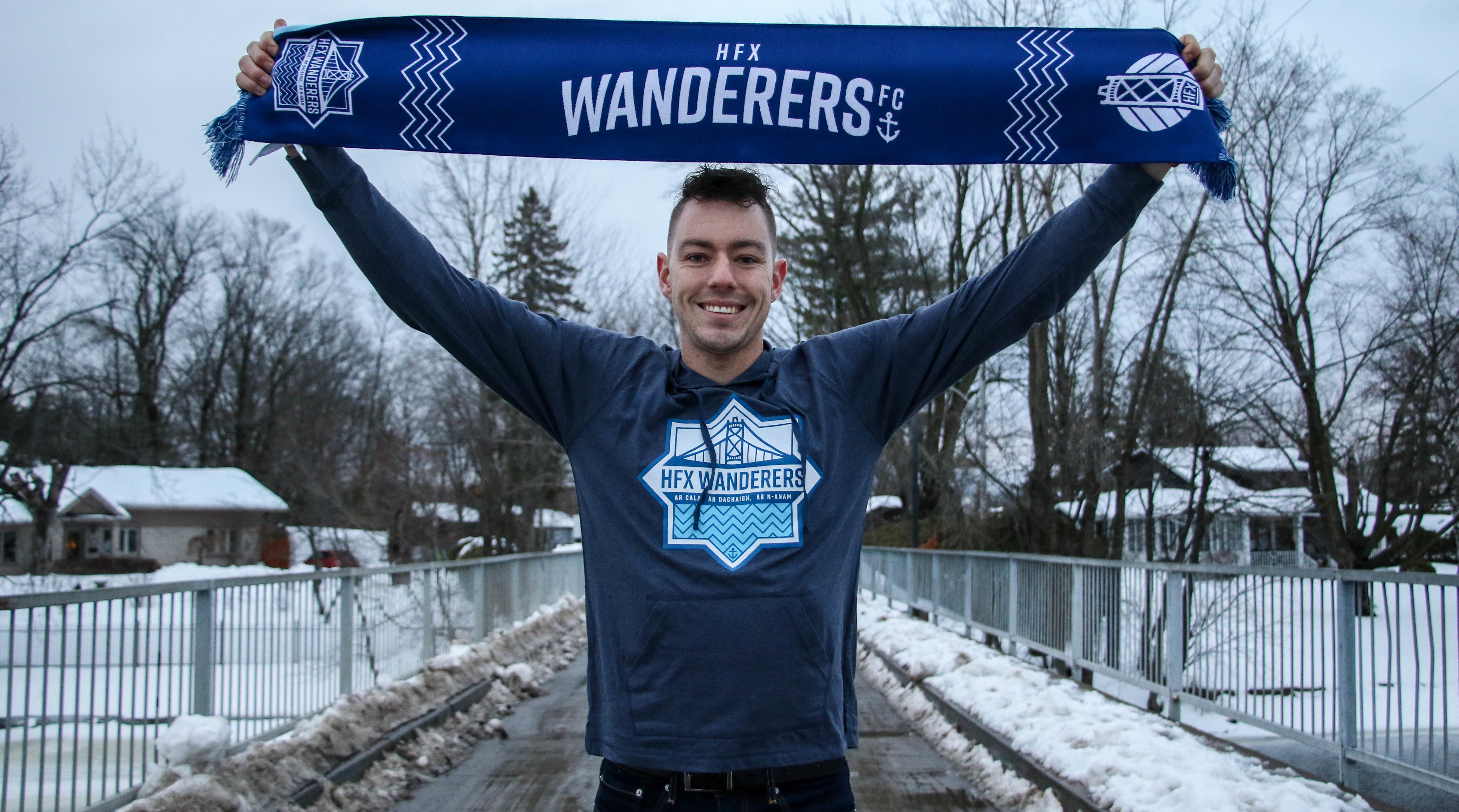 If there’s one thing that Jason Beaulieu has learned over the past few years it’s how to be patient.

After coming up through the Montreal Impact Academy (2011-2013), and then playing four NCAA seasons with the University of New Mexico Lobos, the Montreal-born goalkeeper signed his first professional contract with the Impact in 2018.

But he never took to the pitch in MLS or in the Canadian Championship that year. The presence of veteran goalkeeper Evan Bush meant that Beaulieu failed to make a single appearance for the Impact in 2018.

Still, Montreal had high hopes for Beaulieu, and arranged to send him on loan to the Ottawa Fury in the USL in 2019. Unfortunately, Beaulieu ended up having knee surgery last January, the loan move never happened, and he didn’t play a single game for Montreal last year.

Things appeared to turn in Beaulieu’s favour when he signed with HFX Wanderers FC in February, as coach Stephen Hart had big plans for him. But then the COVID-19 pandemic hit, delaying the start of the 2020 Canadian Premier League season.

And so, the 26-year-old Beaulieu remains patient, not knowing when he’ll be able to take to the pitch and make his first appearance for HFX. Far from discouraged over how things have played out, he remains full of hope that he’ll make his pro debut in the near future. In the meantime, he’ll continue to wait.

“What can you do, eh? It’s funny how all of these things have happened, but that’s the situation. You have to accept it and move on,” Beaulieu told CanPL.ca.

Having signed a homegrown player contract, Beaulieu had aspirations of playing with his hometown club in MLS. But he never had a chance during his two years at the club, his pathway to the starting 11 blocked by the more experienced Bush, as well as Clément Diop and James Pantemis (currently on loan at Valour FC).

Still, Beaulieu looks back on his time at the Impact with great fondness.

“It was a challenging time in my career, but I have no regrets to have been there. It was a great two years, even with the setbacks. The first year, even though I didn’t play games, I felt I learned a lot and that I was part of a team. The second year, I was supposed to go to Ottawa, but that didn’t happen due to the knee surgery, so that was a real disappointment because I felt if I went there I could play a lot of games and show what I could do,” Beaulieu said.

“A lot of players have to go through this, and for me it was the first time I had a big injury. That was disappointing, but the club supported me and even though soccer-wise things didn’t work out for me, I really enjoyed my time with the Impact.”

After recovering from knee surgery, Beaulieu started training with the Impact again and returned to full fitness, but he could see the writing on the wall and sat down with Impact management after the 2019 MLS season was over.

“When I discussed things with the Impact, we decided that it’d be better if I went to another club where I’d get some significant minutes,” Beaulieu explained.

After being released by the Impact, Beaulieu started to look for a new team, but one that would give him the opportunity to play, rather than sit on the bench.

“There were a few different teams interested in me, both in the CPL and USL, and even one in Europe. It was pretty clear to me that I wanted to be in situation where I could play a lot of games this year,” Beaulieu said.

“I looked at the different options, but the CPL was the league that was exciting me the most. To me, it was never my dream to go to Europe, so I was quite happy to stay in Canada. There were two CPL teams showing interest, but Halifax was the best option because of all the (Quebec-born players) on the team, and it’s a city that I wanted to visit, so I thought this was a great opportunity.”

Beaulieu kept close tabs on the CPL during its inaugural 2019 season while in Montreal, watching a lot of Forge FC games with former Impact teammate Mathieu Choinière, whose brother David plays with the Hamilton-based club.

Not knowing what to expect at first from the new league, Beaulieu became more impressed as the season wore on, and it planted a seed within him about coming to the CPL in 2020.

“To be honest, last year I started to think about finding a new club, and I wasn’t sure about the CPL because it was their first season. But after seeing what happened in the first year, I wanted to come there,” Beaulieu said.

At six-feet-four-inches, Beaulieu promises to be a strong presence in the penalty box for HFX once the 2020 CPL season kicks off. However, his pathway to the starting 11 is blocked by Christian Oxer.

Oxner, a 23-year-old native of Halifax, recorded an impressive six clean sheets (fourth-best in the league) and a team-leading 42 saves lasts season. Needless to say, Beaulieu has his work cut out if he wants to win the starting job in 2020.

“We’ve been working together all through training, and we’ve got to know each other, and hang out on the field, and a little bit off the pitch. Christian is a great guy who is appreciated by everybody on the team. He’s a very good goalkeeper,” Beaulieu offered.

“It’s a good rivalry, but of course only one of us can play, so we’re pushing each other hard in training, and there’s healthy competition between us to both get better and raise our levels.”