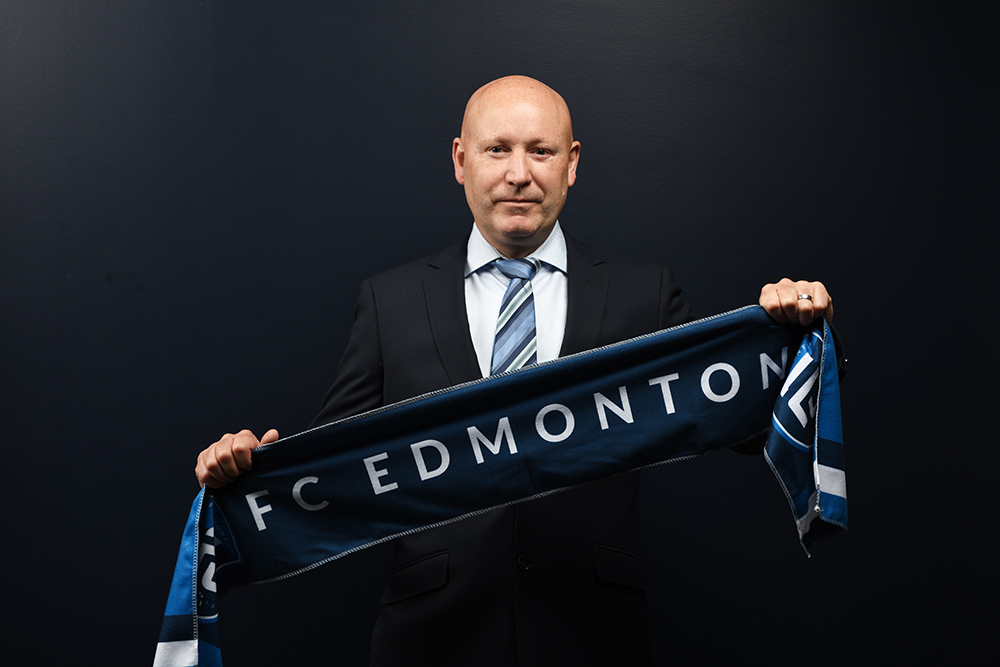 EDMONTON – FC Edmonton is pleased to introduce Jeff Paulus as the team’s new Head Coach ahead of the club’s first season in the Canadian Premier League starting in April of 2019.

Paulus joined FC Edmonton in December of 2011 as the Assistant Coach for the first team and the Technical Director of the newly-formed FC Edmonton Academy. During his time in charge of the Academy, Paulus has graduated 14 players to professional teams, and had numerous others move on to the university and collegiate levels.

FC Edmonton co-owner Tom Fath. “His experience as Assistant Coach and with our Academy lends itself perfectly to what we hope to accomplish in the Canadian Premier League, and that is to give Canadians, and more specifically Edmontonians, an opportunity to play at the professional level.”

Paulus moved to the capital region in 2004, when he was named head coach at the Northern Alberta Institute of Technology, in addition to taking on the role of head coach and academy director at Paul Kane High School in St. Albert. Paulus led the Ooks to three ACAC championships, and one national title. More recently, Paulus was in charge of Team Alberta at the 2017 Canada Summer Games, and led them to a silver medal.

“This is such a special moment that I get to share with my wife Cindy and so many peers and friends in Edmonton who have had an impact on my coaching journey,” said Paulus. “I cannot thank Tom and Dave enough for their support and continued trust in me. I would also like to thank the YEG4CPL and local soccer associations and clubs for their ongoing support of the Academy and their energy that went into bringing this club back. Going forward, I am excited for the opportunity to showcase the incredibly talented coaches and players in our city and provide the best supporters in the CPL with an exciting local team.”

Paulus will remain in charge of the FC Edmonton Academy for the time being. Academy staffing decisions will be made at a later date.