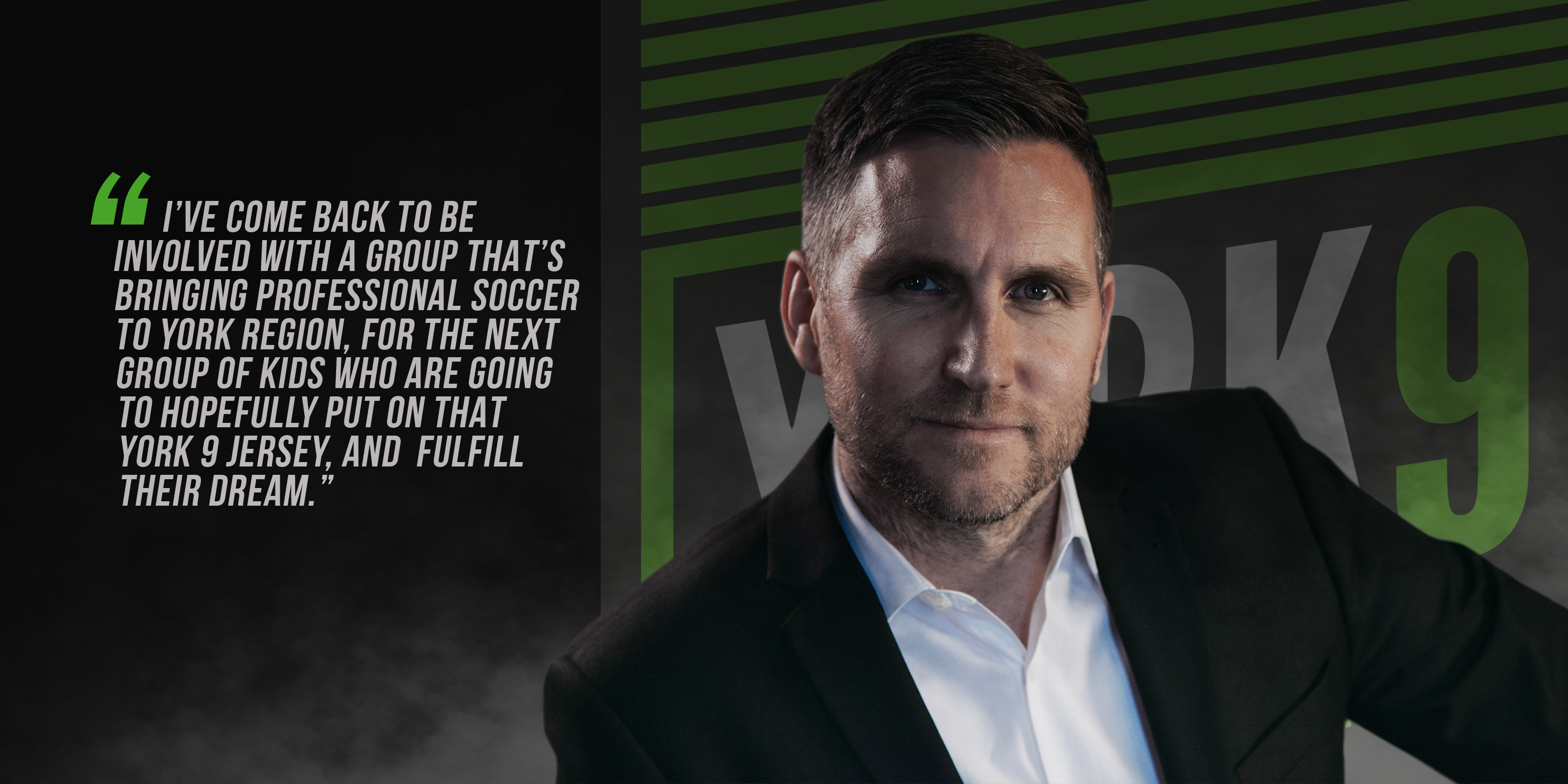 Markham, ON (July 27, 2018) – York 9 Football Club announced today that founding partner Jimmy Brennan will lead the the club as its first-ever Head Coach. As the Head Coach and Executive Vice President of Soccer Operations, the former Canada Men’s National Team star will oversee all soccer operations as the club prepares for the inaugural Canadian Premier League campaign in April 2019.

“Jimmy is one of our founders, a visionary and the obvious choice to be our  head coach,“ said Preben Ganzhorn, President of York Sports & Entertainment. “His experience in soccer from his playing days and beyond makes him a huge asset for our club, and his character as a leader is equally invaluable. Jimmy’s vision and strategic approach will guide our club with the same commitment, passion and resilience he has demonstrated throughout his playing and coaching career.”

“I’m beyond excited to guide York 9 FC in this new sporting adventure,” said Brennan. “Soccer has provided me with so many blessings both abroad and at home and I’m honoured to be given the responsibility of building the beautiful game in York Region, by playing the right way, with the ball on the ground. I look forward to giving supporters a driven, passionate club that proudly represent all nine of our distinct cities and towns.”

Born in East York to Irish and Scottish parents, Brennan donned the Canadian Men’s National Team shirt on 50 occasions, including 49 senior national team appearances, where he scored six goals. He helped Canada to its successful capture of the 2000 CONCACAF Gold Cup and was inducted into the Canada Soccer Hall of Fame as a player in November 2015.

Brennan also served as Executive Vice President and Director of Soccer at Aurora FC from March of 2015 to December of 2017. He returns to York Region to helm York 9 FC in the Canadian Premier League.

York 9 FC is a proud member of the Canadian Premier League, which will begin play in April of 2019. Membership deposits can be made at york9football.club. Fans will be able to put down a $50 deposit to secure their place in line to become founding season ticket member.