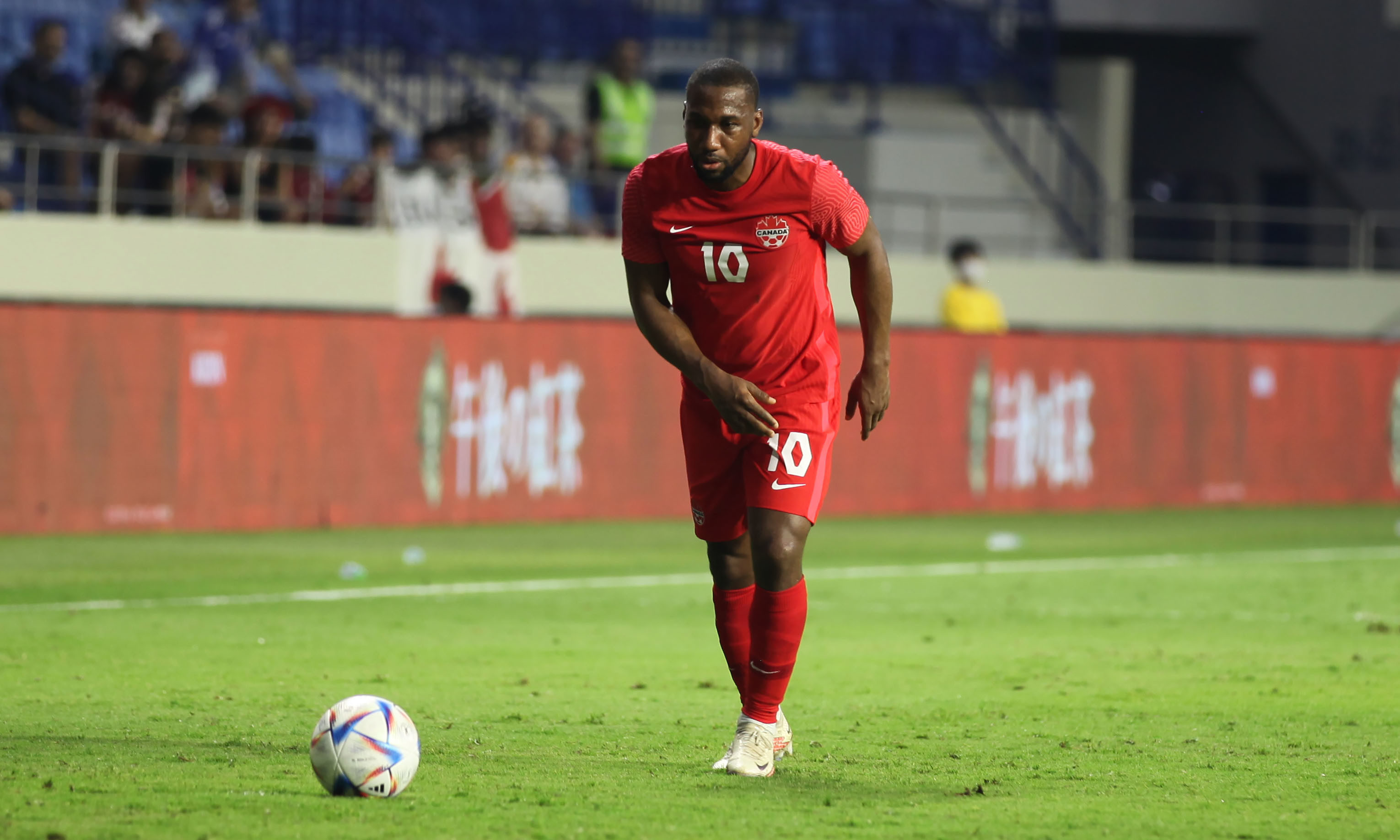 As Canada secured their spot at the 2022 Qatar World Cup during the final round of Concacaf World Cup qualifying, veteran attacker Junior Hoilett took on more of a supporting role.

The 32-year-old made just five starts during the 14 matches that Canada played during that stage of qualifiers, scoring just once — a late goal against Jamaica in the decisive 4-0 March 2022 victory that officially qualified the team for Qatar. He missed both the October and November 2021 (Iceteca) camps through injury.

But less than a week away from Canada appearing in the World Cup tournament proper, Hoilett is making himself indispensable to John Herdman’s side. The Brampton native’s recent run of form for both club and country is positioning him as one of the team’s key difference-makers at the World Cup.

He demonstrated why again on Thursday as Canada defeated Japan 2-1 in their final pre-World Cup friendly. In his 50th cap for the men’s national team, he played an important role in both Canada goals, first playing an excellent corner that was eventually knocked into the net by Steven Vitória, before threading through a perfectly-weighted long ball to kickstart a Canada attack from which they won the match-winning penalty kick.

STEVEN VITORIA from the corner! 😎#CanMNT equalize 1-1 vs. Japan as Vitoria connects on the set piece at the 21st minute

Overall during the match, Hoilett had an outstanding four key passes and completed three of five long balls forward. He was particularly dangerous from crosses and set-pieces, delivering several pinpoint corner kicks that caused all sorts of issues for Japanese keeper Shūichi Gonda and his backline. In tight matches like those at a World Cup, set-pieces can be incredibly crucial (both of Canada’s goals came from them today), so Hoilett’s quality in delivery could prove critical.

The biggest change over the past few months, however, has been the role Hoilett has undertaken with club side Reading FC. Deployed now primarily as a wingback, Hoilett has not only played more consistently than he has in several seasons, but has become a more well-rounded player in the process. It now gives Herdman more tactical flexibility as to where he might want to deploy Hoilett in Qatar.

Even if Canada’s manager needs to make an in-game tactical switch, Hoilett now affords him another reliable option on the left side of defence. Hoilett was also outstanding as a wingback on the right side as well against Qatar in a September friendly.

From that position, he provides Canada with both his excellent 1-v-1 ability, as well as exceptional open-play crossing talent. This season, he has critically also made clear improvements on the defensive side of the ball, and was very good in this regard again during today’s match, making two tackles and seven recoveries.

Herdman has mentioned consistently how much this new role with Reading has helped to increase Hoilett’s level of fitness, saying it is at the highest level he has seen from the player during his time as Canada manager. Hoilett was one of just four outfield Canadian players who played the full 90 minutes against Japan, and that fitness will be crucial in the heat in Qatar.

One final aspect of Hoilett’s game that is perhaps underrated heading into this tournament: he has more big-game experience than almost anyone on this Canadian roster. Nobody on the team has played more matches in a top-five European league than Hoilett has, playing six seasons in the English Premier League between time spent at Blackburn Rovers, Queens Park Rangers and Cardiff City.

Drawing on this experience will help Hoilett to be a key on-field leader, and settle his teammates down when perhaps they get a little bit overexcited on the sport’s biggest stage. His increased fitness, tactical flexibility and ability to deliver balls into dangerous areas, meanwhile, now look like they will not only get him minutes in Qatar, but could see him play a significant role in Canada’s success.