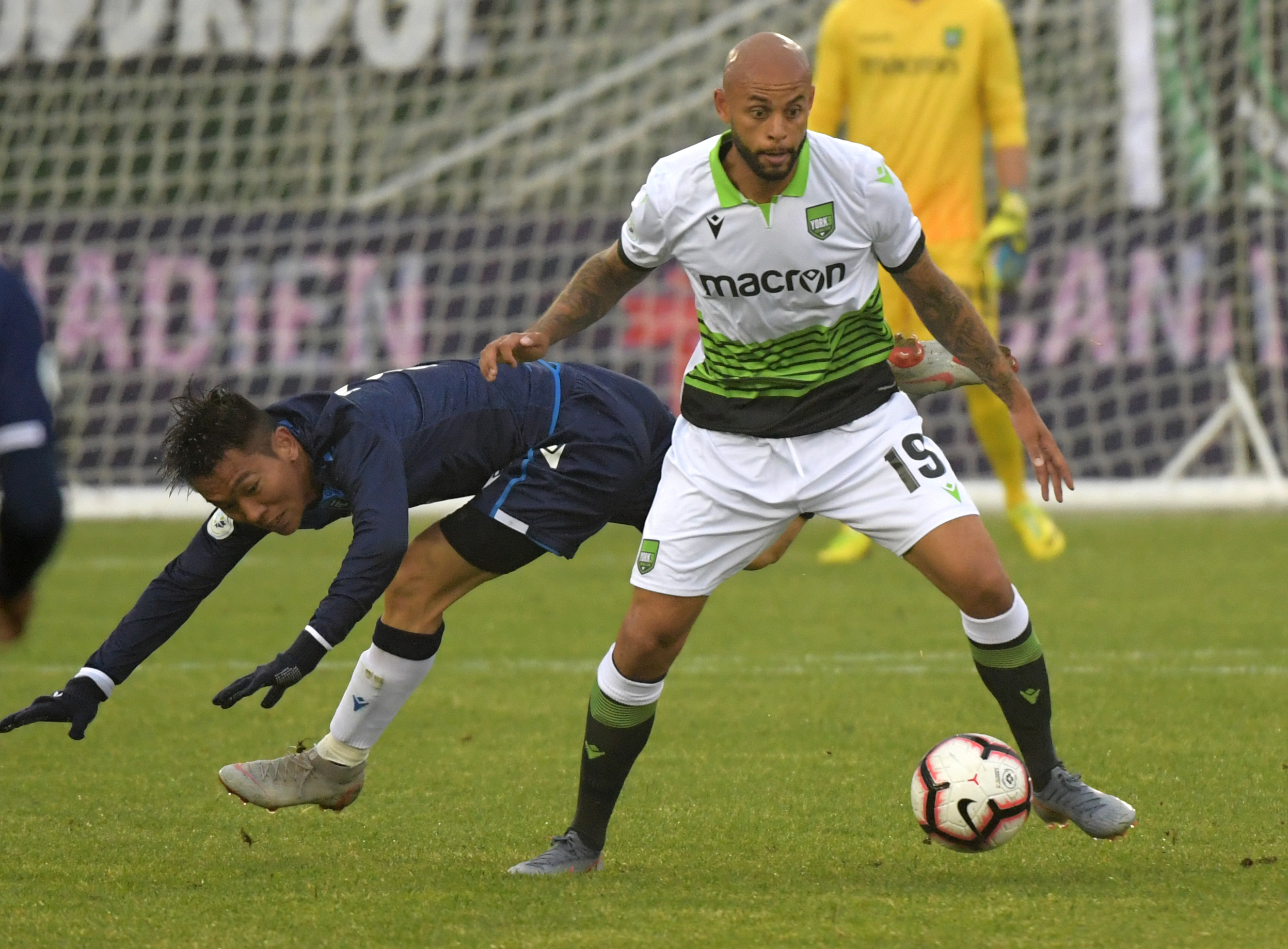 TORONTO – At the bottom of the Canadian Premier League table after five matches, the Voyageurs Cup offers a chance for York9 FC to prove to all that the standings can, in fact, be misleading.

The Nine Stripes head into the second leg of their Canadian Championship series against FC Edmonton having defeated the Eddies 3-1 at home in the first bout, and are now focused on taking on the challenge of seeing out the series in Alberta.

“As a team, we just look one game at a time and right now, the game is Cup football,” Y9 winger Kyle Porter told CanPL.ca.

“It’s half-time right now and we’re up, but we know that we can’t concede anything because of that away goal. We just have to continue to play our game, hope to score, get on the sheet, and once we do that, the game opens up and we put all the pressure on them.

“Overall, we’re in a good position, we just have to maintain that confidence and bring it to the second leg.”

York ran out to a three-goal lead on the back of a pretty rare feat in the world of soccer, scoring a trio of corner kicks in the first leg … but Edmonton made a pair of key substitutions and found that valuable away goal in the second half. But for the referee’s whistle, much to the chagrin of Jeff Paulus and Tomi Ameobi, they may have had another.

With Edmonton in need of goals, Porter knows Paulus’ side will “come out flying.”

“We’re expecting high press from the get go, and they’ll try to put us under pressure from the start,” Porter said. “We have to stay together, withstand all the pressure and continue to play our game.”

At stake is an immediate reward: Progression to the next round of the Canadian Championship, where MLS outfit Montreal Impact awaits. Should York9 advance, the battle between Ontario and Quebec would continue, as Y9 previously encountered A.S. Blainville in this year’s tournament.

“You want it pretty bad,” Ingham told CanPL.ca. “You want a chance to prove yourself. You think about it, know it’s there, but at the end of the day you have to worry about one match at a time.

“When we were playing Blainville, we weren’t thinking about Edmonton. Now that we’re playing Edmonton, we’re not thinking about Montreal. We know it’s there, but we’ve just got to worry about this first and then we can think about it later.”

A homecoming, of sorts

For both Ingham and Porter, former Eddies themselves, a return to Edmonton is also a trip down memory lane.

“I played with (Tomi) Ameobi for a couple years, a few of the other guys. It’s always nice to see a familiar face. You say, ‘Hi’, but you don’t really think about it once the game starts,” Ingham said. “You focus on yourself, the game, and afterwards you can relax and chat.

“It’s nice to be back, may see some old friends for a coffee or something, but beyond that, it’s just a business trip.”

Advance or not, that ‘one game at a time’ mentality will continue for York, who face a quick turnaround with a match on Saturday against Pacific FC, their first of four-straight at home before they close the spring season away to Valour FC on July 1.

Twelve points back of league-leaders Cavalry FC, it would be easy to concede the title, but that is not who the Nine Stripes want to be.

“There’s no getting around the fact of where we’re at in the league, but every time we step on the field you’re trying to get a result,” Ingham said. “When we get into our league game on Saturday it’s going to be the same thing – try and get three points, get our feet right in the CPL. But right now we have a cup game to worry about.

“It’s one game at a time – I know it’s a cliché – but you can’t get past things. If you go out thinking about the next game before the first one, you run into problems. We’re not resting guys, we’re not worried about the next thing, we’re worried about what is in front of us. Then we’ll see who is ready, who is healthy, and we’ll go again on Saturday. That mindset we’ll have all year.”