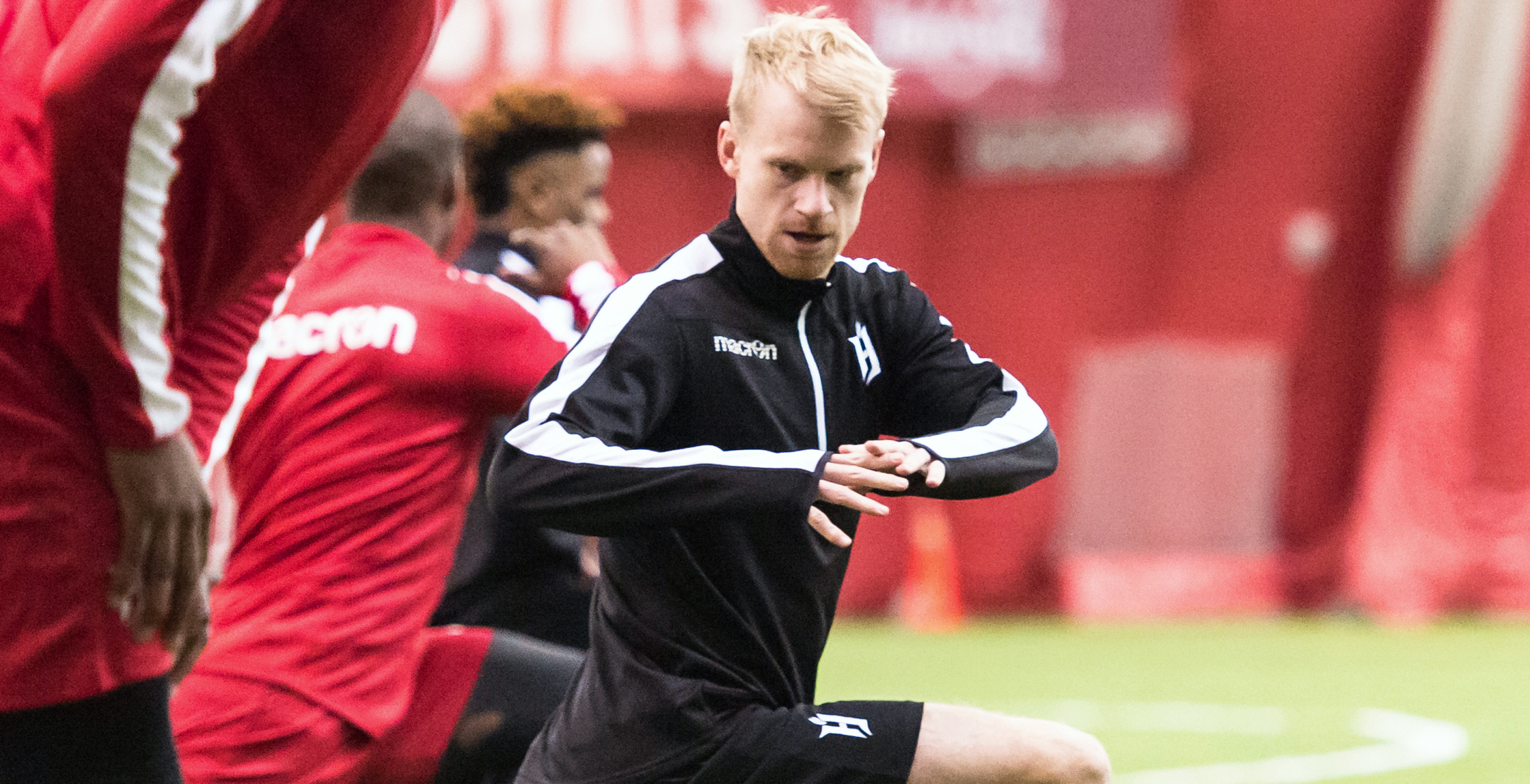 Kyle Bekker will be leading Forge FC out of the tunnel in the club’s inaugural match this Saturday at Tim Hortons Field.

The club named the 28-year-old former Canadian national team member their inaugural captain on Wednesday, three days before Forge and York9 FC kick off the inaugural season of the Canadian Premier League (Saturday, 1 p.m. on CBC)

“That’s one of the biggest reasons we brought him in here, for his experience over the years, playing with the national team and at different levels of the game here in North America.

“I think he’s taken on his role very well in pre-season, we’ve asked a lot from him. It’s gone quite well and we’re happy to have him walk out with that armband on Saturday.”

Bekker, along with Nanco, was one of the 10 inaugural signings announced by the Canadian Premier League’s clubs in November.

“It is special, starting this from ground zero was something that really attracted me to the league,” Bekker told  Kyle Melo and Sean Woodley on TSN 1150.

“Obviously, it is a process, we have to patience,” “It’s just about showing up every day and leading by example.”