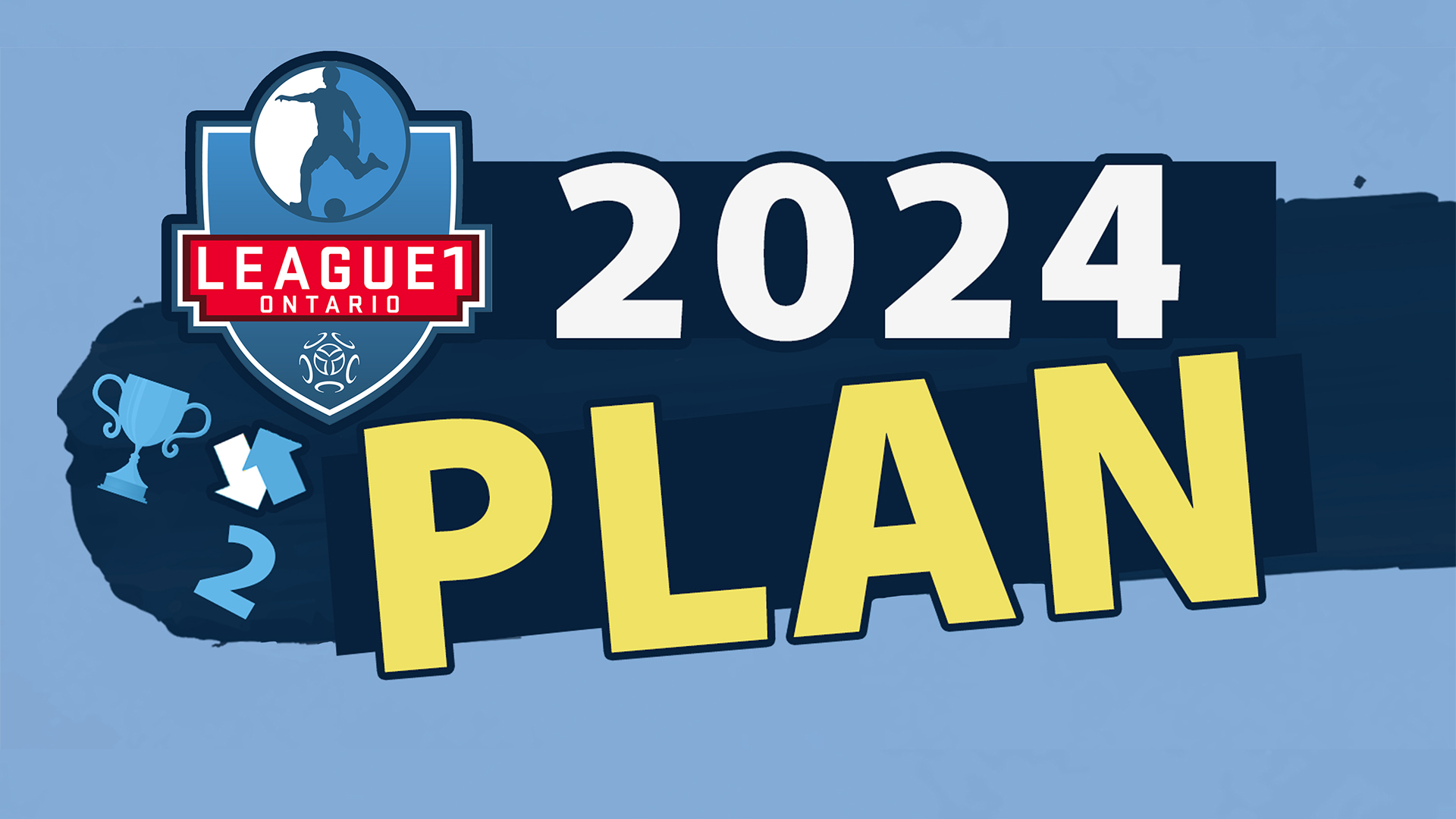 The aptly named “The 2024 Plan” will see the Men’s and Women’s competitions will be organized into three distinct tiers – L1O Premier, L1O Championship and League2 – for the 2024 season.

Team movement between these tiers will be governed by a promotion and relegation system.

According to the League, the strategy is twofold: New organizations will eventually have the potential to join the League1 ecosystem – especially those in underserved regions of the province – without diluting the quality of competition and the ongoing value of a current license.

“The demand to be part of League1 has grown so much over the last number of years,” League1 Ontario Executive Chairman Dino Rossi said. “We’ve achieved a degree of scale that allows for this type of structure to be put in place at this time.”

“Not every club in our league has the exact same ambition. We have some that want to win the league – with hopes of competing in the Canadian Championship on the men’s side as the big reward – and that’s amazing,” Rossi added. “We have other clubs that view our competition as integral to their player-development and player-advancement objectives.

“With a system like this, clubs will find their level and have the opportunity to compete in a high quality, standards-based environment, at a tier that is best aligned with their ambitions.”

On the women’s side, the 2024 season will see the Premier and Championship Divisions made up of between eight and 10 teams, each kicking off play in April before closing in mid-August – just in time for the start of the university and collegiate seasons. League2 – which will feature a mixture of new expansion sides and “Reserve” teams of each Premier and Championship division club – will begin in May and run until August, with teams split up into regional divisions.

A similar format will exits on the men’s side, with the Premier and Championship divisions featuring between 10 and 12 teams, also kicking off in April but running into early September. The champion of the Premier Division will represent L1O in Canadian Championship the following year.

League1 Ontario will also bring back its League Cup for 2024, connecting all three tiers of competition (but excluding the “Reserve” teams that participate in League2) for one of the largest high-level footballing competitions in the country. The first and second rounds of the competition are slated to take place in early April, before the regular season kicks off.