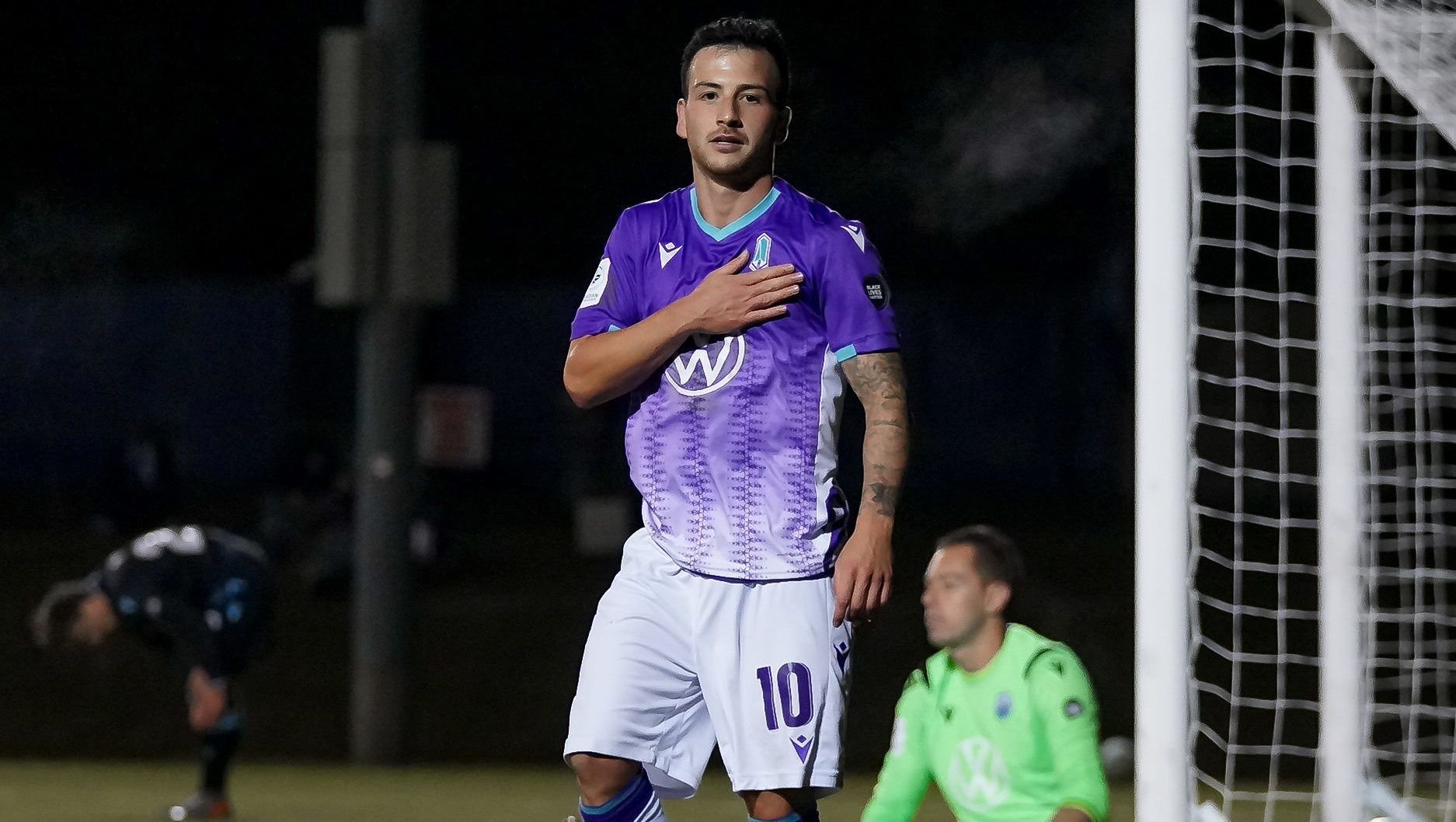 Marco Bustos is back.

Pacific FC’s Canadian Premier League Player of the Year nominee has re-signed with the club for 2021, returning to Vancouver Island on the back of a brilliant Island Games campaign and making due on a high-profile move to the West Coast.

Bustos, 24, scored five goals and tallied three assists at The Island Games, including a record-setting two-goal, two-assist performance in the second-round finale. Bustos was nominated for Player of the Year at the 2020 CPL Awards but lost out to Forge FC midfielder Kyle Bekker.

The former Vancouver Whitecaps forward, who set a goal of being named CPL MVP with coach and former Whitecaps teammate Pa-Modou Kah, has not been shy about his aspirations to play at higher levels, including MLS, and was rumoured to depart Van Isle this Fall.

“Bustos is a player who has tremendous ability and is working hard every day to become a better player,” said Pacific FC coach Pa-Modou Kah in a release. “He has shown qualities of an MVP player in this league and hopefully he will take the progress from this year into next season.”

Bustos’ move to Pacific from hometown club Valour FC made waves earlier this year, with the shifty attacking midfielder the CPL’s big-ticket free agent after 2019. Between Valour and Pacific, the attacking midfielder has missed just one match due to injury, as he’s racked up 3,098 minutes of action – fifth-most in CPL history – while scoring 12 goals and adding six assists.

Only Noah Verhoeven remains as the lone 2020 player unsigned following the Island Games. Winger Zachary Verhoven, meanwhile, stands as the only departure.