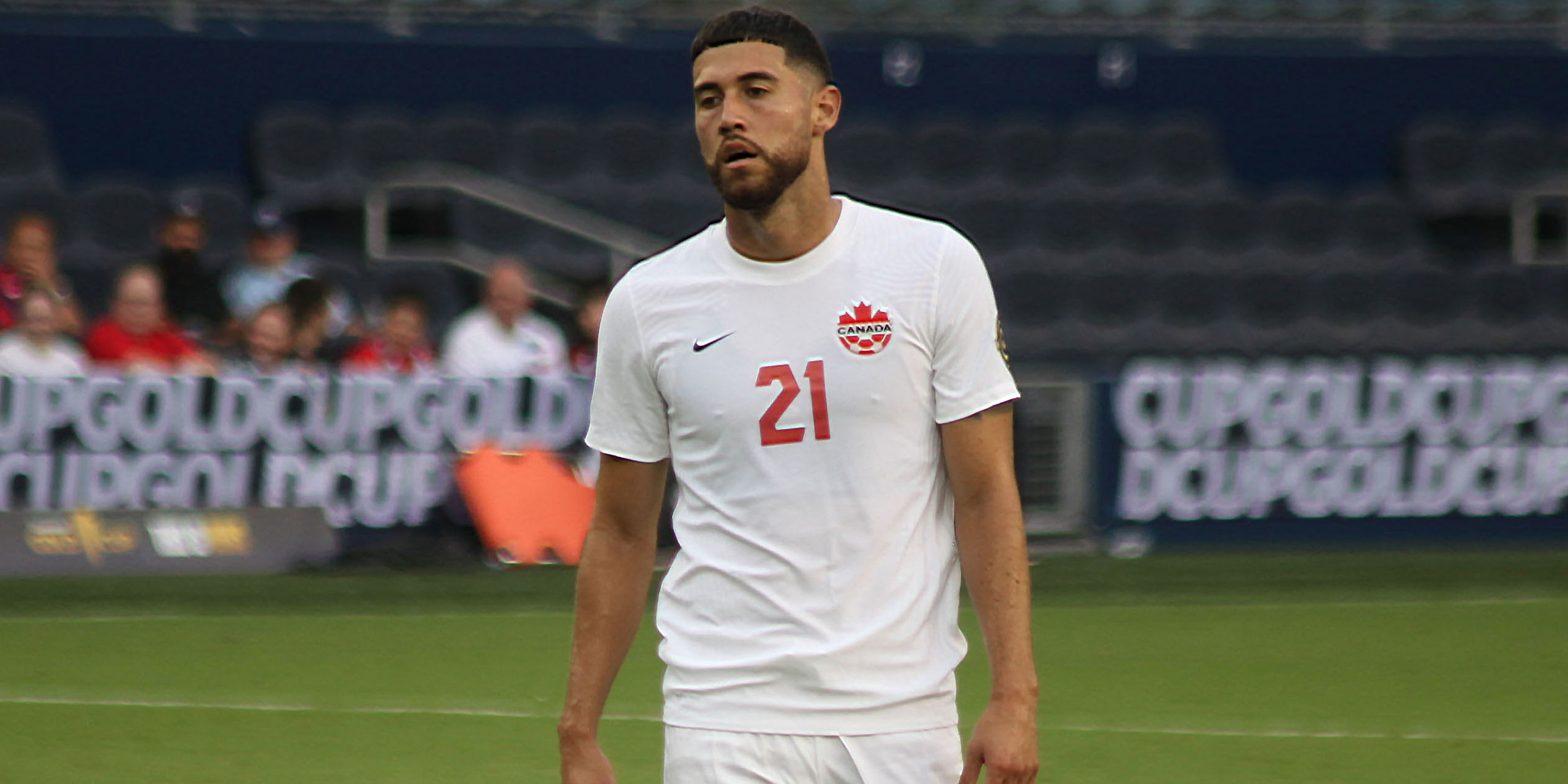 A Shaq Moore goal just 20 seconds in proved to be the difference in this Group B decider, as the Canadian men’s national team fell 1-0 to the United States to finish in second place. Despite the crushing start, John Herdman’s Canada were protagonists for much of the game, heavily outshooting their opponents (and having at least a couple quite reasonable shouts for a penalty).

Canada matched the Americans’ intensity well, putting serious pressure on their opponents in front of a hostile crowd at Children’s Mercy Park, but they never quite managed to crack the bunkering defence of Gregg Berhalter’s side.

Nightmare would be a mild way of describing the way this match began for Canada, with a breakdown in the first 20 seconds putting the U.S. ahead. Save for a short-lived rough patch against Martinique in this tournament, it’s been a while since Canada had to chase the game.

They never did find their goal, but Canada can’t be particularly disappointed with the way they played for 89 minutes of this match. They were very direct in possession (more on a possible reason for that in a moment), trying to play to the strengths of the players they had on the pitch. John Herdman made a few tactical adjustments throughout the game that allowed Canada to throw some different looks — Tajon Buchanan and Richie Laryea swapped sides near the first-half hydration break as Canada began attacking with more of a midfield box, and in the latter stages Buchanan moved into the number 10 spot.

The first 25 minutes I thought the U.S., tactically they were able to cause the back five problems; Gregg (Berhalter) obviously put some work into putting (Sebastian) Lleget in positions that were difficult for us,” Herdman said postmatch. “But we adapted at the water break, we were able to shift into a 4-4-2 with a three-box-three attacking, and then started to take control of the game, so there’s some good learnings in there, but it’s difficult to adapt a full structure from the side of the field but you could see it needs to happen.”

To a man, all the Canadian players who were available for media postmatch all agreed they were deserving of a better result (not even including the arguable penalty kicks they could’ve had). The fact Canada didn’t get down on themselves after conceding — as, in a way, they did in November 2019 against the U.S. — was a very positive sign, in what was probably their best performance so far at the Gold Cup despite the result.

Canada entered this game with a two-man midfield of Liam Fraser and Samuel Piette for a quasi-3-4-3, although an early injury to Ayo Akinola meant Jonathan Osorio entered in the 24th minute, putting an extra body into midfield rather than a direct swap for the striker.

In the first 25 minutes especially, but more generally throughout the game, Canada seemed to really be missing the presence of Stephen Eustáquio (suspended due to yellow card accumulation) or Mark-Anthony Kaye (who played the last 20 minutes) in midfield, leading them to try and bypass the central areas more often with balls over the top for Tajon Buchanan or Richie Laryea.

Herdman was very pleased with his midfield duo’s ability to claim the ball safely and move the ball up to Buchanan playing very high up the pitch, but he also added that they maybe weren’t able to find Junior Hoilett or other players as easily.

“Those two guys were key to being able to establish possession, because we were able to win it back,” Herdman said of Piette and Fraser,

Piette and Fraser both won five of six duels on the day, and they both sported pass success rates around 90%, but neither player is necessarily able to be the final link between midfield and attack that, for instance, any of Eustáquio, Kaye, or Osorio might be. Canada did well playing in the wide areas and advancing forward with outright pace and individual skill, but somebody to help unlock the defence and get Lucas Cavallini or Cyle Larin more touches might’ve been helpful.

Osorio’s presence helped a lot in the creative regard after he came on, and Buchanan did quite well when he stepped into the number 10 role late in the game, but it still felt a bit like this game would’ve been a perfect one for Eustáquio to step into and break down the American block.

For quite a while, the “rivalry” in men’s soccer between Canada and the United States wasn’t much of one, with the team south of the 49th parallel pretty much dominating across the board for years. Now, it seems the tide is shifting a little; the fact the U.S. chose to absorb pressure and sit in a defensive block for the latter stages of this game is evidence of the threat they saw from Canada’s attack.

U.S. coach Gregg Berhalter said postmatch that his side was forced to “suffer a bit” to defend their lead — probably due both to the Canadian pressure and the hot conditions. There’s certainly a lot more respect in this matchup now than there’s been previously.

“There’s a lot of mutual respect for each other, but then there’s also the tension and the competitiveness,” Berhalter explained. “I said it yesterday, we’re two programs in similar positions.”

He added that both current squads are primarily composed of players who developed at MLS clubs, and he praised the work Canada has done the last 10 years in developing players.

Herdman revealed postmatch that he’d tried to fuel that kind of fire in his own players in their preparation, hoping they might feed off a desire to prove themselves against a rival.

“In the pregame meeting, we were just able to show a little bit of the end of Toronto on October 15, 2019,” he explained. “We were able to just show some pictures of the U.S. players’ faces, and just the doubt that we know is in their mind. For 20, 30 years there was never a doubt in their mind that we’re gonna beat Canada… We just said, ‘Look, you earned that right to put that doubt in their minds.”

Canada will be desperate to see this American side again in the Gold Cup final — “fingers crossed,” Herdman said.

Buchanan played in at least three different positions in this game, starting at left wingback before playing a stretch at right, and then taking a crack as an attacking midfielder in the final 20 minutes. His pace caused serious problems for the U.S. when the game opened up, and he probably created more chances than everybody else in the game combined — with the exception of Richie Laryea, a certain runner-up for this nod.

Canada’s next contest will be the Gold Cup quarter-final, to come next Sunday, July 25 against either Costa Rica or Jamaica from Group C. All matches are available on OneSoccer.