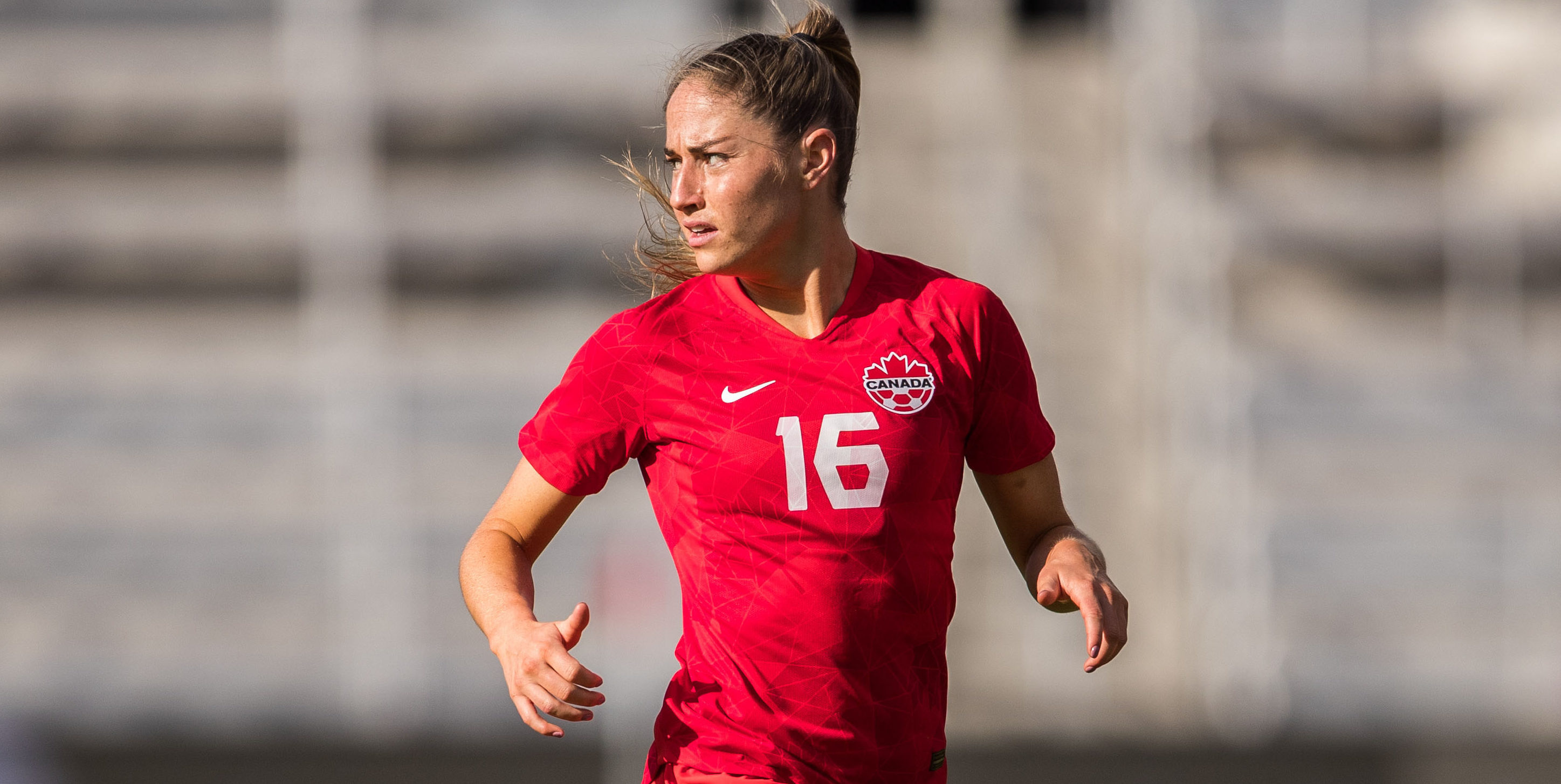 Canada were winning for the majority of their Tokyo 2020 opener against Japan after an early Christine Sinclair goal, but a second-half strike from Mana Iwabuchi rescued a point for the hosts.

Sinclair, making a milestone 300th appearance for Canada, opened the scoring early. After she fired a low shot off the post, she ran onto her own rebound to sweep home the game’s opening goal. It was her 12th Olympic goal, moving her two back of tying the all-time record currently held by Brazil’s Cristiane.

Most of the first half was played in the middle of the pitch, with both sides struggling to get in behind the other’s backline, and the score would remain 1-0 going into halftime.

The second half was more exciting, with both teams pushing for better chances. Early in the half, Canadian goalkeeper Stephanie Labbé brought down Mina Tanaka in the box, injuring herself. While she was down for several minutes receiving treatment, the referee did a VAR check on the tackle and awarded Japan a penalty. Labbé was down in tears, appearing to be grabbing her left shoulder, but stayed in and saved the penalty. She would leave the game (replaced by Kailen Sheridan) a few minutes later, but her efforts were certainly appreciated by her teammates.

Japan picked up the pace in the final 15-20 minutes of the match, and were rewarded in the 84th minute. Running onto a ball over the Canadian backline, Mana Iwabuchi hit the ball with her first touch, beating Kailen Sheridan with an impressive strike at her near post to equalize for the hosts.

After a nervy, end-to-end eight minutes of stoppage time, the match would end 1-1 — ultimately a fair result, but one that Canada will be disappointed with given their lead for most of the match, and their failure to find an elusive second goal.

Christine Sinclair was playing a slightly different role on Wednesday from what many Canada fans are familiar with. Usually an out-and-out striker, Sinclair was dropped back into a false nine role, allowing her to still see a lot of the ball for shooting opportunities, but mainly tasked with linking up with her two wingers — Janine Beckie and Nichelle Prince from the start — and linking the midfield with the attack.

The move also allowed Prince and Beckie to cut inside and get in front of goal a bit more than if Sinclair was higher up, a tactic that nearly saw Canada double their lead in the second half. Although it would be ruled out for offside in the end, Janine Beckie put the ball in the back of the net from close range after finding herself with the ball in a great position.

With Sinclair’s ability to rip apart opposition defences with her vision for a pass, as well as her obvious goalscoring prowess, that tactic was an effective adjustment from Bev Priestman.

She scored the game’s opening goal and will be a crucial player at this tournament if Canada are to have another run at the podium.

Japan frustrated by Canadian backline for most of the game

For the majority of this match, Canada’s defenders were rock-solid, as we’ve come to expect from them. Any team that features Kadeisha Buchanan, Ashley Lawrence, Shelina Zadorsky and Allysha Chapman will give you a strong chance to keep a clean sheet, and they were minutes away from doing it again on Wednesday.

Zadorsky and Chapman were on another level in the first half, as the left side of the defence wasn’t letting anything get past them. Chapman was running down every attack Japan threw at her, also using her physicality to her advantage, while Zadorsky was at her best aerially, regularly heading away whatever crosses and long passes came into the penalty area.

As the second half went on and Japan picked up the pace, all four were frequently challenged, and apart from being unlocked on Iwabuchi’s late goal, were fantastic. Bev Priestman may opt to make a couple of changes against Chile on Saturday, but she should absolutely start the same backline against Great Britain next week in what could be a crucial game to decide group placings.

Canada missing another midfield playmaker, with hesitation to attack their biggest weakness

Something that has regularly been an issue for Canada over the past few years has been their hesitancy at times to shoot the ball.

A great example of that was right at the very end of the match, after Japan had equalized, where Ashley Lawrence was in alone on goal on the end of a pass, but instead of hitting a shot first time, she took a touch and tried to lay it off for someone else. Janine Beckie made a similar play earlier in the match, looking for a pass instead of taking a shot when she appeared to have a look at goal.

With Sinclair dropping back a bit into an aforementioned false nine role, and the 4-3-3 looking like Canada’s best formation to get all of their top players on the pitch at the same time, it poses a big question for the rest of the tournament: where will the goals come from?

They could come from substitutes — Priestman instantly brought Adriana Leon and Évelyne Viens after Japan scored — but she probably should’ve brought them on earlier. Canada seemed hesitant to shoot the ball at times, and step on the gas pedal to seal the three points before Japan even had a chance to equalize, and were punished for it.

Canada also played with a double-pivot in midfield — with Quinn and Desiree Scott both operating as defensive midfielders. Canada may have been better off sitting one and using the third midfielder in more of an attacking role — moving Ashley Lawrence into the midfield and replacing her at right back would be a strong option — to try and increase the service for Sinclair and the two wingers Prince and Beckie.

Giving Jessie Fleming another attacking midfielder to play off of could bring the best out of her as well, and give Canada another player to break down the opposing defences — something they’ll need against Great Britain’s backline in particular with their group of world class defenders.