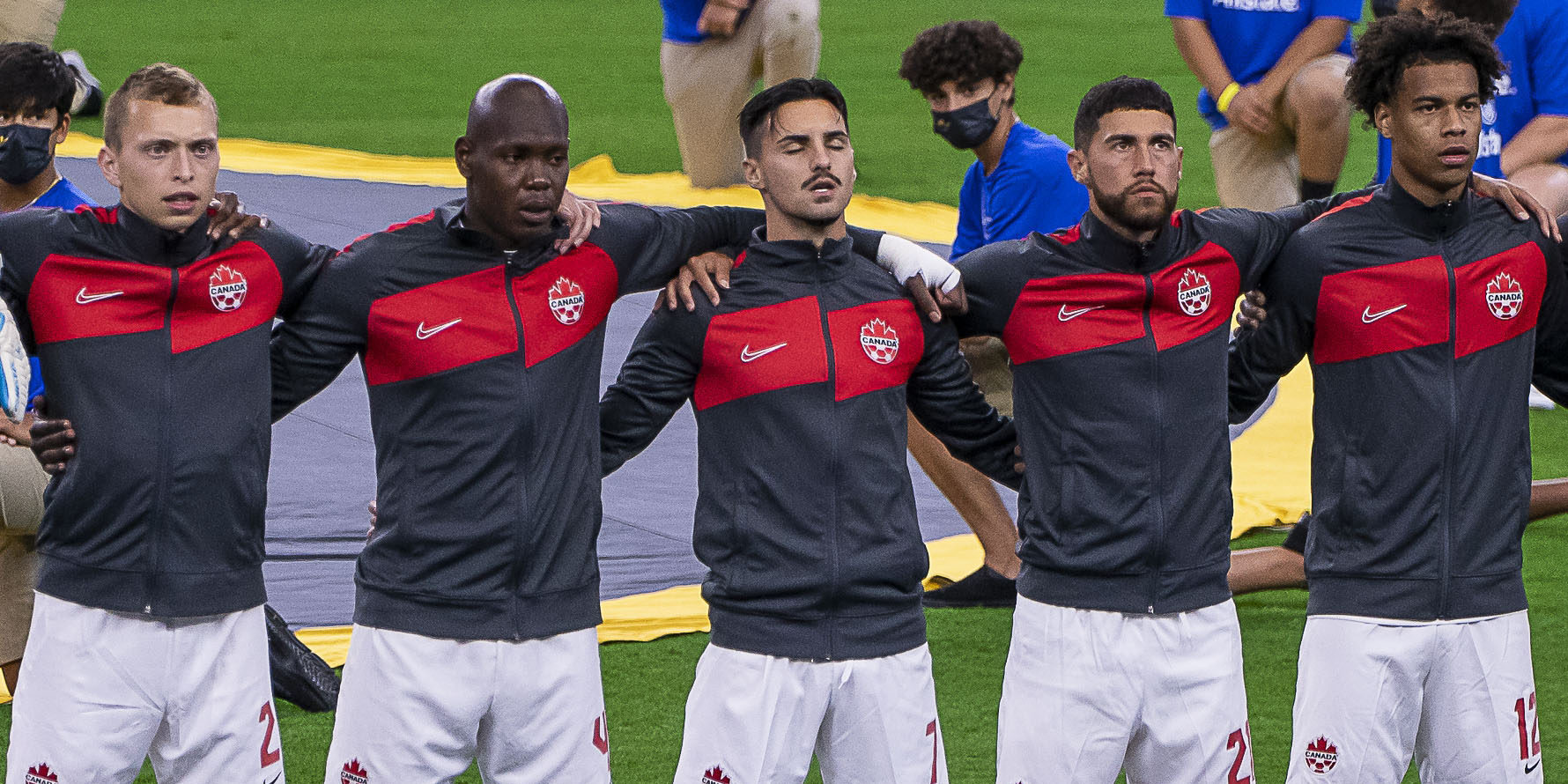 Heartbreak for the Canadian men’s national team, who fell 2-1 in a gripping semi-final against Mexico to end their Gold Cup hopes. The Mexicans took the lead just before halftime from the penalty spot after a late tackle from Doneil Henry, but Canada came out swinging in the second half. With Mexico pressing high, Mark-Anthony Kaye found Tajon Buchanan in acres of space with a long ball from midfield, and Buchanan took it into the box himself and finished for the equalizer.

Mexico found themselves stepping up to the penalty spot again not long after thanks to a foul just on the edge of the box, but Canadian goalkeeper Maxime Crépeau saved Carlos Salcedo’s attempt. However, the magical result was not to be: just as it looked like we were headed for extra time, Héctor Herrera scored from the top of the box in the eighth minute of stoppage time to eliminate Canada.

Fearless approach shows Canada can compete with anyone in Concacaf

A common theme in post-match press appearances for Canada was a sentiment that, on Thursday especially but also over the course of this Gold Cup, this team has proven its mettle in the Concacaf region ahead of World Cup qualifying.

Canada was able to deploy a comprehensive game plan with a number of nuances that caused real trouble for the 11th-ranked national team in the world, and it was by by no means a meek or conservative plan. John Herdman had his side brimming with confidence and self-belief, and they genuinely managed to play on the front foot for long stretches against Mexico. He revealed after the game that he’d shown footage of the Canadian women’s team at the London 2012 Olympics when they beat Great Britain and took the U.S. to extra time, to try and stoke that belief.

“We played with no fear,” Herdman said postmatch. “They just weren’t frightened. Tonight they left all their fears behind and committed to each other, just kept it simple. We had a clear game plan, and that spirit, that fight for each other — people underestimate how hard that is to create in a team, but when it’s there, it’s special, and I think you’re seeing that specialness tonight.

“That Canadian grit, that Canadian resilience, but also more than that. And that’s what we wanted to show tonight, that we’re more than that grit and resilience; we can play. We can go toe-to-toe with the best in Concacaf. Some of those men came of age tonight, some of those men gave what they could in a red shirt and that’s all you can ask for. We’re just gutted, really gutted. We really wanted to take this country to the next level tonight and we never made it.”

That Herdman was so visibly crushed by the result is evidence of this side’s ambition and potential; Canada probably came far closer than most would’ve expected, and although they lost in heartbreaking fashion right at the end, there was plenty to be proud of — but Herdman and his players want more.

Canada cycles through phases of pressing, sitting back

Canada didn’t just play well defensively; they defended in discernably different ways at various moments in the match. For stages, especially in the first 25 minutes or so of the first half, they sat back quite deep in that 5-4-1 formation and allowed Mexico to approach them, forcing the opponent to try and unlock the mass of red shirts with intricate triangular passing — which they did to some degree of success, but clearly not much.

Eventually, though, Canada opened things up — noticeably, after the first-half water break — and began to press high, with a quasi-front four of Richie Laryea, Junior Hoilett, Tesho Akindele, and Tajon Buchanan all putting significant pressure on the Mexican defenders who until then had been unchallenged in playing out of the back. They seemed to catch Mexico off guard a little when they began doing that, and it certainly produced a few good opportunities to counter-attack.

Heading into the second half down a goal, Canada did change their cycle a little, moving into a 4-4-2 that even Mexican head coach Tata Martino said his side couldn’t figure out. They scored thanks to a little magic from direct play, but in general they caused serious trouble for Mexico with Tajon Buchanan pushing further forward especially.

“We knew the game plan was to stay in the game for a period of time to pick our moments when we wanted to press and get on the front foot,” Herdman said. “And I asked them the question (at halftime), do we keep it tight for that five to ten-minute period just to make sure that we don’t concede, or do we get after this team? And they knew. They knew where my mind was, and unanimously they wanted to get on the front foot and just get after them. If you know Mexico, you can’t fight on the front foot for 90-plus minutes, you have to pick your moments tactically.”

Canada seemed to pick their moments well, managing to throw waves of different looks that made life difficult for their opponents.

With the five-man back line typically standing about as wide as the 18-yard box, Canada were able to fight off most of Mexico’s attacking moves, the majority of which seemed to come through the middle. The Mexican front three — Jesus Corona, Rogelio Funes Mori, and Orbelin Pineda — has heaps of quality, and certainly in the early stages Canada opted to respect that by sitting deep, but ultimately the organization of the Canadian defence frustrated the Mexican attack. Kamal Miller and Alistair Johnston, playing as the outside centre-backs, were mobile enough to get back into position after attempting a tackle, and the wingbacks tucked in alongside them to form a very well-defined line, with another block of three midfielders in front.

When defending like that, Canada was often content to allow Mexico to try and work the ball around, since it often forced them to play around to the outside or send in crosses that Miller, Doneil Henry, or Maxime Crépeau could deal with fairly comfortably.

It’s not that Mexico didn’t have chances — they got in behind dangerously when Canada gave them their first penalty, and Crépeau was called into action for an excellent reflex save late in the second half — and they did very well to score from a fairly undeveloped scoring opportunity at the end of the game. That’s to be expected when playing against a side like Mexico, though; in games like these, you’ll always need your goalkeeper to come up with a big stop at some point, or otherwise a lucky bounce to go your way. On the balance of things, Canada kept Mexico’s attack much quieter than would be expected.

Consider, for instance, the last time Canada played Mexico, at the 2019 Gold Cup. The Mexicans were much more free-flowing and overwhelming going forward (granted, with quite different personnel and a different coach), but nonetheless Canada genuinely did frustrate them a lot more in this contest.

Has Miller made a claim to being Canada’s number one centre-back at this tournament? Quite possibly. He was resolute once again in a back three, barely setting a foot wrong all night. Miller was always in great position, extremely difficult to beat in the air, and adventurous with the ball at his feet.

Canada’s attention will shift to the Octagonal stage of FIFA World Cup qualifying, which gets underway on September 2 when they play host to Honduras. All matches are available on OneSoccer.