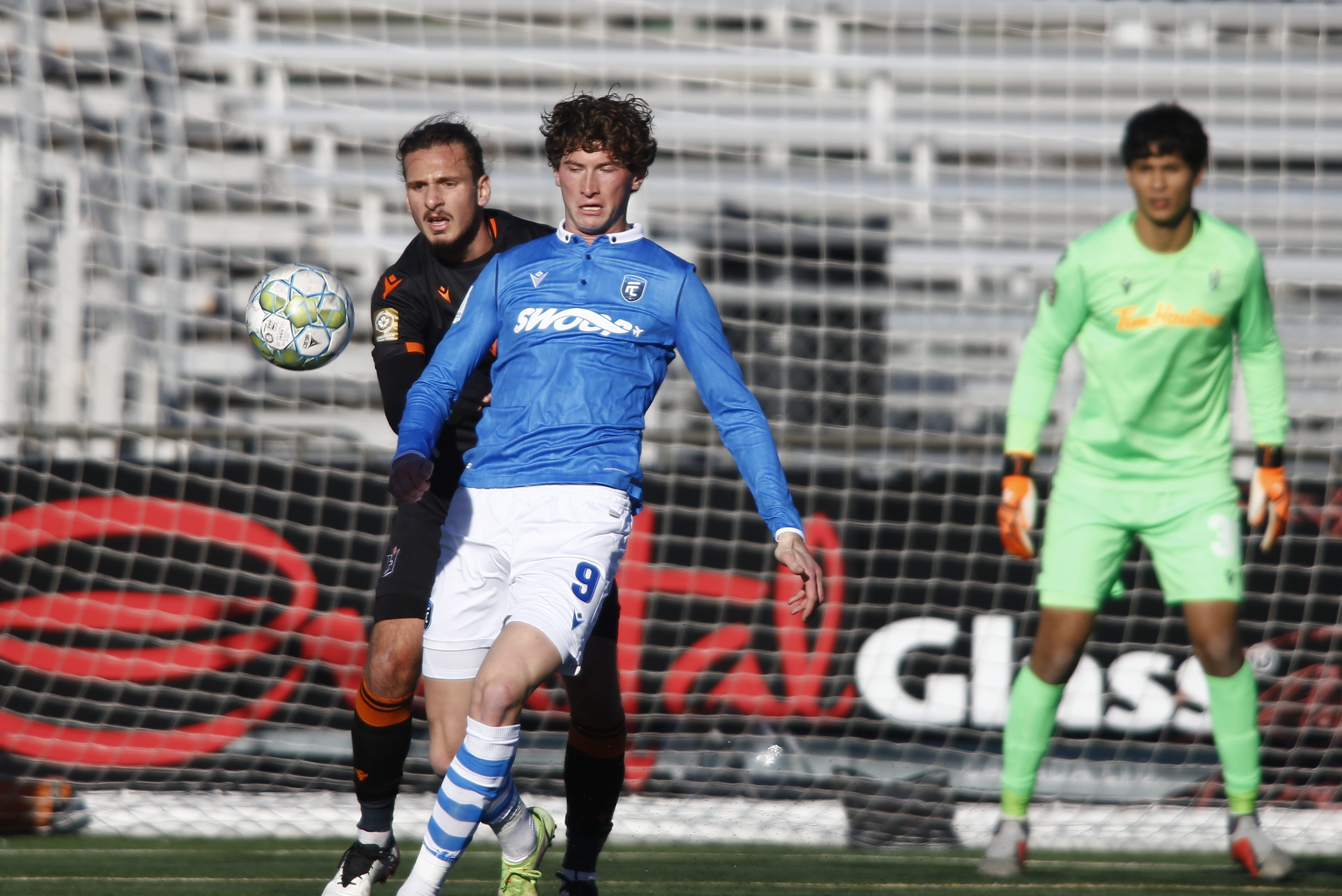 FC Edmonton ended their season on a high on Saturday, beating the league-leading Forge FC 1-0 at home on a goal from Easton Ongaro. After a scoreless 77 minutes, in which the teams combined for just three shots on target, Ongaro scored 12th of the season with a shot into the bottom left corner, earning his side a big three points. With the win, The Eddies jump up into seventh spot, avoiding finishing last for the second season in a row.

Forge FC head coach said in the leadup to Saturday’s match that it would be a good opportunity to rotate the squad, and give some players a chance to get some minutes in ahead of a busy stretch for the club.

He did just that, making seven changes to the side that took on York United midweek.

That left Garven Metusala, Elimane Cisse, Tristan Borges and Dominic Samuel as the only players that started both matches.

The players brought in impressed, especially the youngster Castello, who scored with his first touch of the game a few weeks ago, and who was making the first start of his CPL career. The 18-year-old made a pair of tackles, and won seven of his eight duels in Forge’s midfield.

Johnny Son got some minutes as well as Smyrniotis gave him 20 minutes off the bench, replacing Tristan Borges. The Forge head coach said after the match that they “think highly” of Son, and added that they’ll see more of him in the future, but that the 18-year-old has struggled a bit with injuries in 2021.

“I think it’s good (that the young players got some playing time), especially Castello, Johnny Son, (Klaidi) Cela,” said Forge defender Dominic Samuel after the match. “Those guys work really hard in training, and deserve to get some minutes. They come in, make an impact, and do what they need to do.”

Edmonton enjoy season-ending victory, and continue to look to the future

After a 2020 season in which they finished in eighth and picked up a single point in the seven-game shortened season, 2021 was a rebuilding year for FC Edmonton.

Throughout his first season in charge, head coach Alan Koch has spoken about the need to develop and grow as a team more than win the North Star Shield in 2021, in order to create a winning culture and team for the future. He said after the match that beating the back-to-back champions on the final day of the season, at home in front of his team’s fans, was a good way to end the season.

“When we started the season, we were lying on the floor in the basement,” said Koch after Saturday’s win. “This year we’ve all worked incredibly hard to stand up and try to do our jobs. We pushed everybody incredibly hard in the club, in all the different fronts, and we’ve taken a step. We aren’t in the basement anymore.

“We’re not far away from it, but we’re working incredibly hard to go forward, and today was very, very nice. This is a gratifying way for us to finish the season.”

As Koch mentioned, The Eddies also leapfrogged Atletico Ottawa into seventh place with the win.

“It meant a lot to me, it meant a lot to the club,” said goalscorer Easton Ongaro after the match. “I’ve been here for three years, and in the final game of the year you obviously want to go out on a high note. It feels good to get the goal in front of my friends, my family, and it was a nice way to end things.”

Both sides struggle to get shots on goal

Saturday’s match was end-to-end, but failed to produce a ton of high-quality scoring chances. Forge FC managed just a single shot on target, while The Eddies had three, including the one Easton Ongaro turned into the winning goal.

Both sides were pressing tight to the opposing attackers, and forcing them to take long shots. Many of those shots went wide or high above the goal, and both teams also had shots blocked.

Edmonton defender Amer Didic led all players with six clearances, and one of the midfielders in front of him, Hunter Gorskie, made a game-high six tackles. At the other end of the pitch, Klaidi Cela and Garven Metusala in particular stood out, making two tackles and six clearances between them.

OneSoccer commentator Alf De Blasis described Forge’s defence best, calling them a “brick wall” — one that was only beaten by a good effort from one of the league’s best attackers. The goal was the 25th of Ongaro’s CPL career, making him the first player in league history to reach that milestone.

They’ll have to face another one in a few days time, as Joe Mason and Cavalry FC made the trip to Hamilton in the final match of the 2021 CPL regular season.

The CPL’s all-time leading goalscorer added another to his tally on Saturday with a fine finish into the bottom left corner to earn his side all three points.

FC Edmonton’s season has now come to an end. Forge FC still have one more regular season game to play, at home on Tuesday November 16 against Cavalry FC (6 pm ET/ 4 pm MT). After that, they have a pair of semifinals — a CPL semi against York United, and a Concacaf League semi against Motagua.