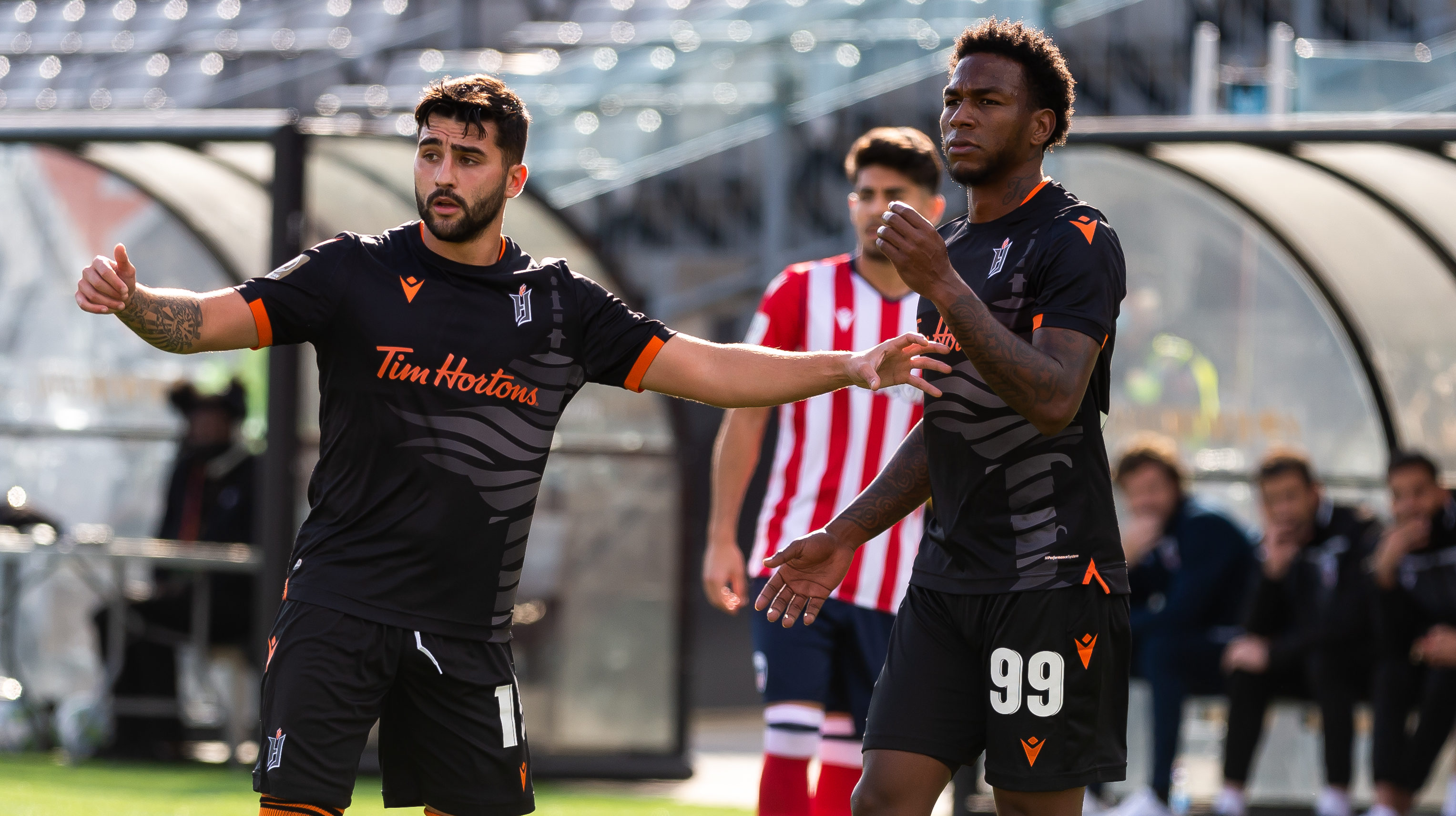 Forge FC outlasted their Ontario opponents Atlético Ottawa on Saturday at Tim Hortons Field, sweeping their season series against the capital club with a 2-0 win. Neat second-half goals from Omar Browne and Elimane Cisse were a test of patience for the home side who came against Ottawa’s compressed 5-4-1 to take the bulk of possession. With the result, Ottawa became the first CPL club to be formally eliminated from playoff contention and remain without a draw or win against Forge over six encounters.

Ottawa continue to find positives in back-five despite elimination

Mista fielded the same lineup and system as he did away to Edmonton at midweek – the second match in a row where a 5-4-1 shape gave them a promising run. While Forge were given some quality looks on goal, it was a marked improvement from Ottawa’s previous two-goal, three-goal, and four-goal losses to Forge in the previous two months.

“We defended well we had chances to score,” Mista recapped after the match. “But Forge is more mature than us – in some facets of the game they had more control, sometimes we’re nervous because we want to win the game.”

While there were positives, Saturday’s result saw Ottawa remain winless and goalless against Forge across both seasons, posting a goal differential of -14. The match also saw Ottawa formally eliminated from playoff contention.

“We’re playing for pride because no one wants to finish last,” wingback Vashon Neufville said of the final matches of the regular season. “I just want to see us go out there and play with pride and passion in these last games.”

The downside to Ottawa’s back-three system, which gives wingbacks opportunity for attacking movement, is the space left behind at the back which Forge successfully exploited Saturday. Browne’s goal was just one of several instances of his ability to get make space as he stood high and wide to stretch their backline as much as possible.

A key part to that success was Jonathan Grant, who was deployed as a front-footed, marauding defender to the right of the back three. The pacy fullback compressed Ottawa while giving his right-sided teammate Browne the room to push higher. With Ottawa’s back-loaded lineup, Grant was given a match-leading 102 touches and 55 passes in the attacking half.

It was a slight tactical change that paid dividends for Forge – who went top of the table of the result.

While other football coaches would rest or take a step back before a big match, Bobby Smyniotis has proven that’s not how Forge will ever take things. Wednesday will bring Forge’s biggest match of the season when they take on Costa Rica’s Santos in the quarterfinal of Concacaf League play – with the winner qualifying for next year’s 2022 Concacaf League. Smyrniotis fielded a strong attacking lineup and the team never wavered against the bottom side Ottawa – Mo Babouli, Kyle Bekker, Elimane Cisse all offered tireless performances with plenty of time on the ball.

“I think this was the momentum we were looking for,” Smyrniotis said. “These are sometimes the tricky matches… You have a big one coming up and here’s a team that’s ntop handling things best. But I thought he handled the match well – we wanted to control tempo and get the ball into difficult places.”

Forge heads south for Costa Rica on Monday in what will be, despite the trope, their biggest match in club history.

Panamanian loanee Browne has been brilliant for Forge since joining last month, with Saturday being his best all-around match so far. Fantastic service from Forge’s right, combing well with the likes of Grant and Borges, and eventually giving Barton St. Battalion a lovely bar-down finish for good measure.

As mentioned, Forge will now depart for Costa Rica to take on Santos de Guápiles F.C. on Wednesday (6:00pm ET) in the first leg of quarterfinals in Concacaf League play. Atlético Ottawa, meanwhile, will host Valour FC in a rematch of their Canadian Championship preliminary tie on Wednesday as well (7:00pm ET). Watch all matches live on OneSoccer.