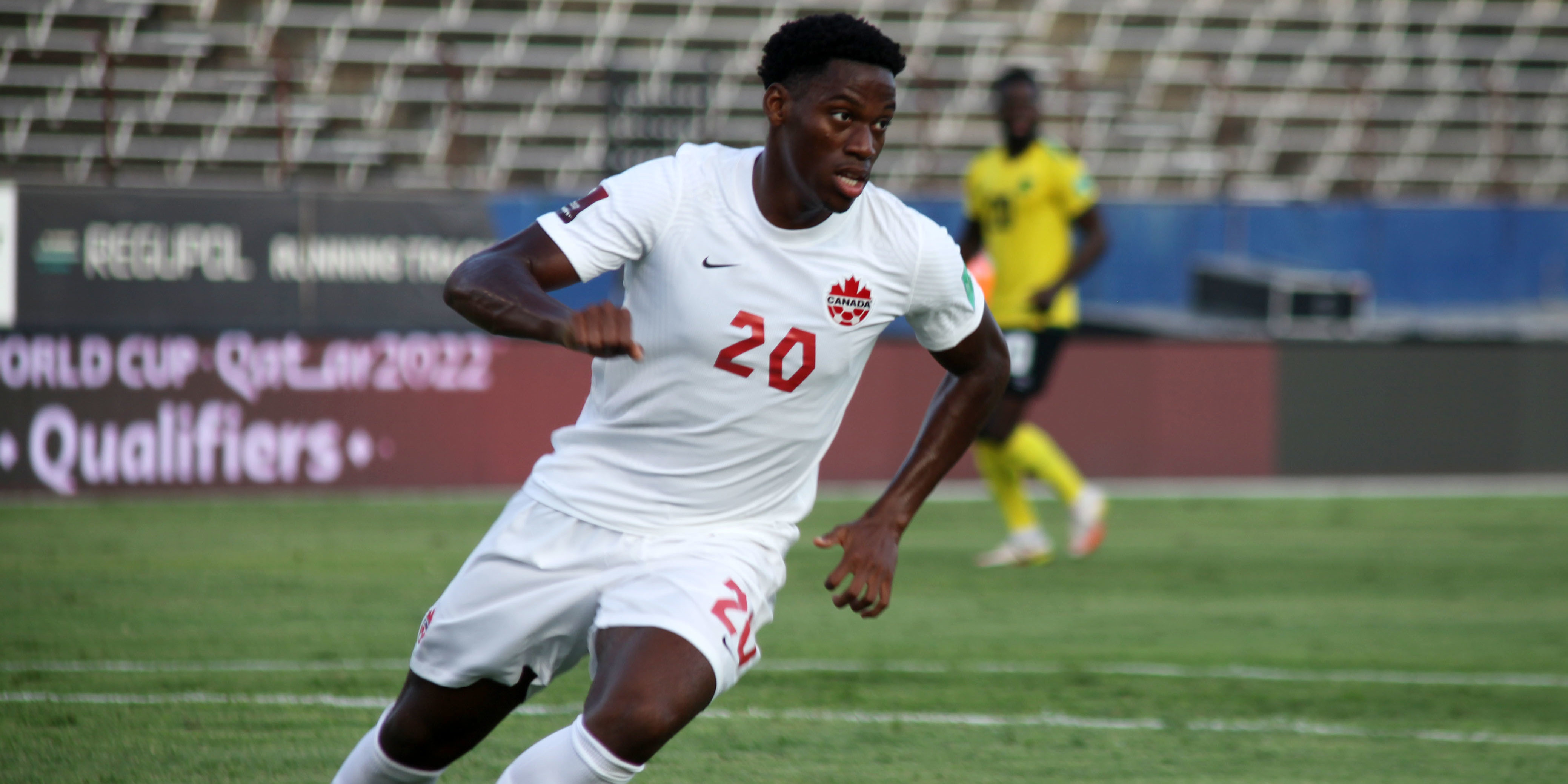 The Canadian men’s national team remained undefeated in this final round of FIFA World Cup Qualifying on Sunday, as they played Jamaica to a gritty 0-0 draw in Kingston to take another point away from home in this October window.

With the tempo noticeably slower after Thursday’s shootout in Mexico, Canada adapted to the conditions in Jamaica and managed to hold on for a gritty, hard-fought 0-0 draw where both sides struggled to really unlock the other.

With two points in hand from two tough away games this window, Canada will be reasonably happy now to return home to BMO Field for Wednesday’s date with Panama.

Canada test depth with squad rotation to some success, but absences felt

One of the main narratives going into this game revolved around the myriad of players Canada knew they would be without for this game: Tajon Buchanan, Richie Laryea, and Steven Vitoria were all suspended thanks to their yellow cards picked up at the Azteca. Cyle Larin, Atiba Hutchinson, Lucas Cavallini, and Milan Borjan are all absent from the group due to injury. Plus, news broke shortly before the match that Junior Hoilett — once expected to serve as much-welcomed reinforcements for this game — would miss out as well.

So, John Herdman turned to a few familiar faces. Sam Piette came into the middle in place of Stephen Eustaquio, with Liam Millar in at right wing and Derek Cornelius slotting in at centre-back in his return to the squad after missing the last window. The fact that Canada were able to play a similar 4-2-3-1 formation to Thursday night is, perhaps, a testament to the depth and versatility of the player pool; often Canada will flex that versatility by radically changing the formation, but in this instance they demonstrated the same by managing to keep some consistency despite a much-changed cast of players.

Certainly, the style of play was different — Canada were actually a little less aggressive in the earlier stages than they were at the Azteca, playing out of the back perhaps a little more slowly (maybe a symptom of Laryea’s absence), but they still looked the better side more often than the Jamaicans did. Piette, in particular, was very busy in the middle against an opponent looking to play vertically. The CF Montreal midfielder has always been one of this side’s best ball-winners, and he was his usual wrecking ball self cutting out Jamaica’s quick play through the central channel.

It was clear that Canada were missing a player like Laryea to help balance their pace across both sides of the pitch — he often helps create space for Davies by drawing numbers to the right side. Plus, a creative player like Buchanan or Hoilett would have been useful.

Nonetheless, Canada can’t be too unhappy with their group’s ability to grit out the result.

Point well-earned for Canada despite dip in flow, quality after first match

As mentioned, this was nothing like the spectacle at the Azteca on Thursday night. The pitch at Jamaica’s National Stadium was dry and bumpy, which became a major factor every time one of the sides tried to play along the ground. Plus, without the energy spawned by the atmosphere in Mexico City, the tempo out of the gates was noticeably less frenetic or intense.

Canada learned quickly in the first half that they would have more joy moving forward by putting the ball in the air up the wings or over the top, although Jamaica did quite well to track back and prevent Canada from getting into the middle with crosses or cutbacks. Alphonso Davies, so keen to run with the ball, struggled to get into space; his technical ability allowed him to beat defenders one-on-one, but — like everyone else on the pitch — the ball would often get stuck in his feet or caught up on a divot in the pitch when trying to build up speed.

Sam Piette was well suited to a game like this where the pace is a little more disjointed. This was an intensely physical match — perhaps more so than Canada were anticipating — and somebody with Piette’s composure on the ball in contact was useful. Unfortunately, his play upon getting the ball left quite a lot to be desired; he’s never been as capable in attack as he is in defence, and his balls forward couldn’t quite connect very often.

Still, the pitch quality in general did seem to have an effect on the Canadian attackers, who looked very hesitant to take an extra touch or make an extra pass to find the more dangerous shooting lane. Canada had nine shots, but just two on target with players rushing their attempts more often than not.

For the first 20 minutes of the second half, this seemed like a game that was crying out for some fresh legs. Canada, in particular, came under pressure a few more times in that phase as they looked to be a little frustrated by their inability to string together a final ball in the attacking third.

Herdman brought on his first substitutes in the 70th minute, as midfield maestro Stephen Eustaquio entered the match, as did David Wotherspoon. The pair were involved immediately, with Eustaquio seemingly the only player outside of the back four willing to look for through balls and incisive passes. He linked up with Davies quite a few times along the left to give him an opportunity to bear down on defenders.

Wotherspoon, too, looked positive on the right flank in place of Liam Millar. Eustaquio drifted freely from side to side, so there were quite a few occasions where the pair of substitutes connected along the right flank, although the final product was still missing.

Nonetheless, Canada were never really able to break through and find good touches in the box. It was actually Millar who had the best chance of the game for the Canadians, but he failed to capitalize on a ball across goal from the only time a Canada player really managed to lose his marker in the attacking third.

The CF Montreal midfielder was a bulldozer for Canada, working tirelessly to cut off the dangerous passing lanes and win the ball. He was able to match Jamaica’s physicality well, making good use of his opportunity after falling out of the starting XI in recent games.

Canada will now head back home to Toronto, where they’ll take on Panama this Wednesday night at BMO Field (7:30 pm ET) to close out this international window. All Canadian national team matches are available live on OneSoccer.