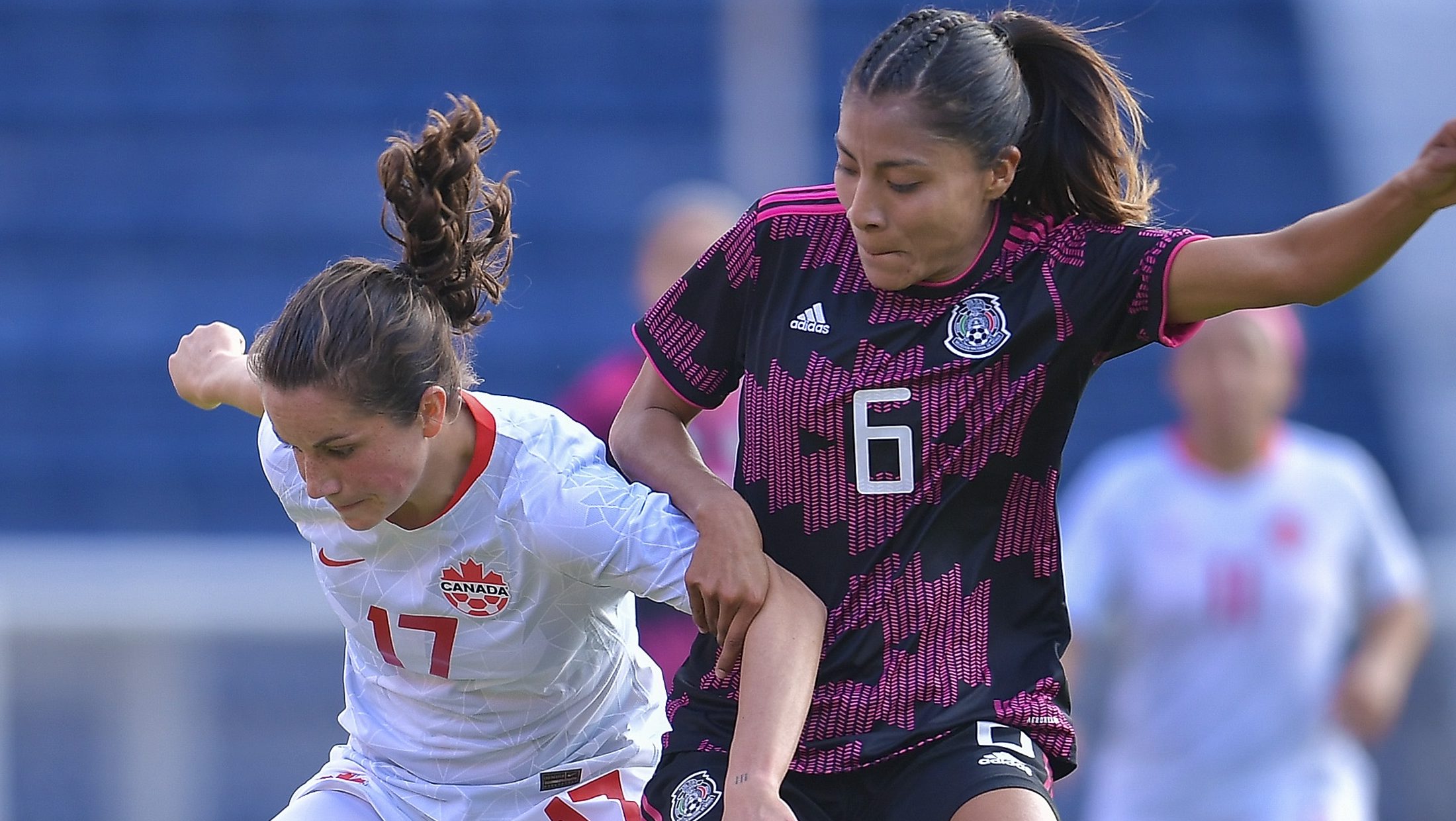 The Canadian women’s national team quietly closed their late-in-the-year national team camp Tuesday in a scoreless draw with Mexico at Estadio Azul. Chances were few and far between for a Canadian attack that walked away with just a couple of decent chances while, of course, the defence led by Vanessa Gilles and Kadeisha Buchanan held firm.

Canada closed a two-game set against the Mexicans and their 2021 slate of matches in the process, concluding with a record of 7-8-3.

Canada ditched a previously-wielded back-three seen in the first match against Mexico – a rare instance for a gold medal-winning side – and reverted back to a more familiar 4-3-3 shape with a retreated Christine Sinclair. Hallmarks of Canada’s game were there – driving runs from Deanne Rose, Jessie Fleming’s twist and turns and Sinclair’s headhunting nature – but the chances were few and far between in the first half with cagey, disjointed play breaking up any kind of rhythm felt by either team at Estadio Azul.

Priestman elected to flip most of the lineup by the hour mark, adding Cloé Lacasse, Jordyn Huitema up top and Julia Grosso and Victoria Pickett further back. What followed was some solid possession and movement in the attacking third and around the box – a promising development considering this Mexico double-header was all about giving chances to depth options. Huitema and Lacasse impressed specifically, earning a clear cut chance each in the second frame

While the chances weren’t there (more on that below), you can’t deny Priestman and her staff got a solid look at many new faces in this camp in the absence of players like Janine Beckie, Adriana Leon, and Shelina Zadorsky.

“I think the biggest take-home is being able to see some new players,” Priestman said of her two-match 2021 finale camp, adding a special mention for Lacasse as the Benfica striker was lively in her first two appearances for Canada both coming in Mexico.

Oh, and on that thought…

As it often has been, the story of Canada’s lack of attacking prowess was the letdown in Mexico City. Canada scored just 20 goals in open play across 17 matches in 2021 – Tuesday’s match against Mexico, a team many would perceive to be well below Canada’s standing, was the sixth time on the season where they’ve been shut out.

While it can be difficult to criticize a team and a group of athletes that captured an Olympic gold medal – quite literally the pinnacle of the sport – the lack of goals was an issue well before Tokyo and something that doesn’t appear to be going away anytime soon.

“We got to now have that arrogance to put the ball in the back of the net,” Priestman said after the match.

The disappointing attacking threat left Sinclair, literally the greatest goalscorer in the history of the world’s game, suggest it as a weak point in a post-match interview seen on OneSoccer.

"For me, it's the first time I've ever played in elevation like this – it's hard! Credit to Mexico, they've improved a lot over the past couple of years."

Either way, Bev Preistman will have a couple of months to collect her thoughts and attempt to rectify the goalscoring woes as qualifying for the 2023 FIFA Women’s World Cup lurks in the middle distance.

“I’m frustrated that we end of the year feeling like this. I’ve asked the players to keep this hunger and desire in our stomaches to enter into 2022 and really take that next step forward.”

Golden year ends for Sinclair and co. as target set on 2022

Tuesday marked a bittersweet end to a much sweeter year for the Canadian women’s team, drawing level with a Mexican team that shocked them a few days before in a 2-1 win. Bev Priestman saw out her first year in charge with a record of 10-6-3 and, of course, an Olympic gold medal. Their loss to Mexico on the weekend ended a 13-match winning streak that lasted nearly all of 2021.

Tuesday’s match also came a few hours after Canada Soccer announced their next internationals to come in February in a four-nation tournament alongside England, Germany, and Spain with the first tilt coming against the host English on Thursday, February 17th.

As mentioned, Canada’s next scheduled match is an international friendly against eighth-ranked England on Thursday, February 17th at Riverside Stadium in Middlesbrough. It will be the first of a three-match tournament of the Canadians who will also face Spain and Germany.