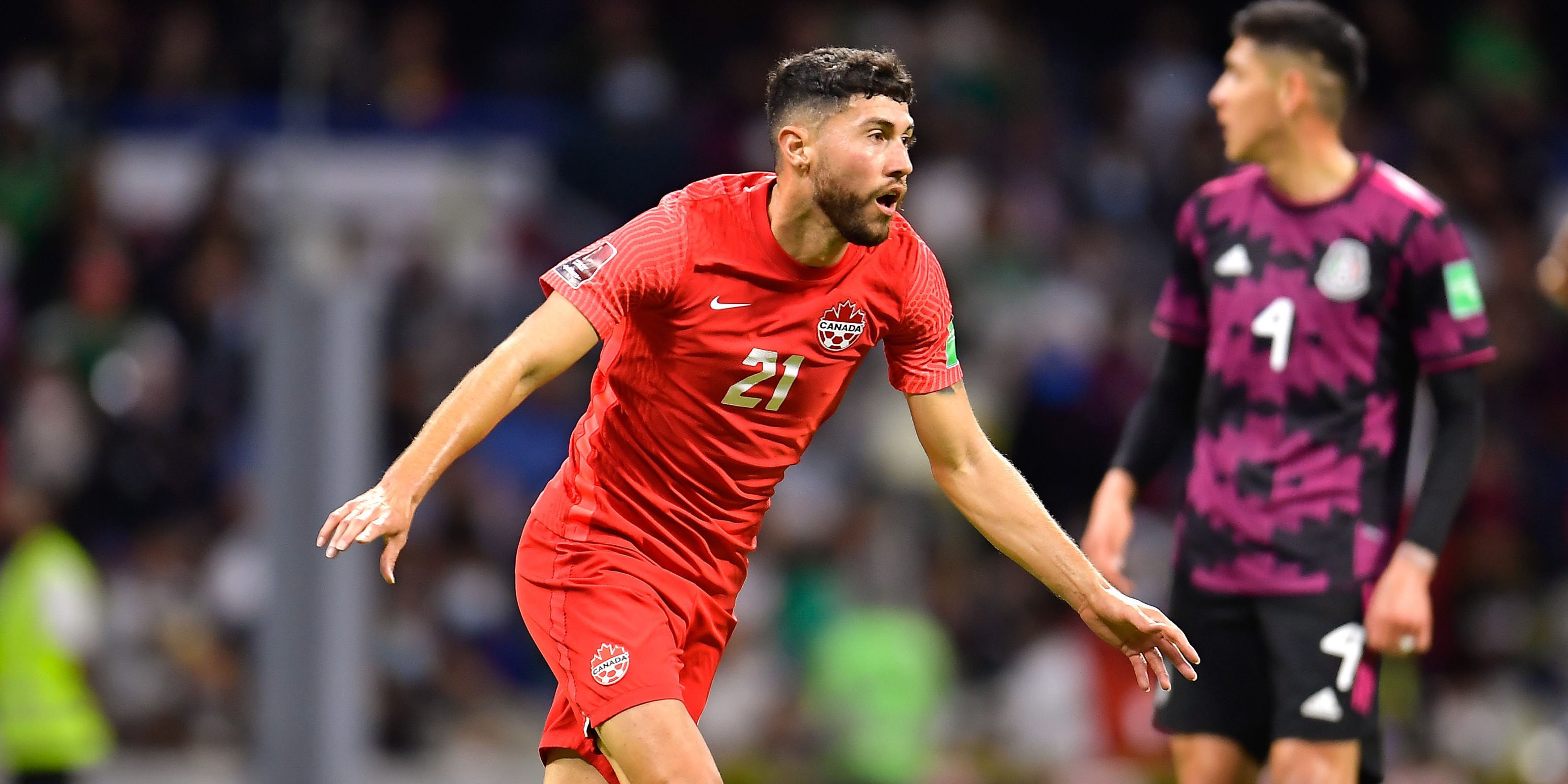 The Canadian men’s national team made history on Thursday night to open this window of FIFA World Cup Qualifying. They became just the 10th side ever (dating back to 1934) to play against Mexico at Estadio Azteca in World Cup Qualifying and avoid defeat, as they drew 1-1.

Despite a very strong start at the Azteca for Canada, it was Mexico who drew first blood, as Chucky Lozano found space down the left side on a counter-attack and crossed it to Jorge Sánchez, who beat the offside trap by inches to score. Canada lost no wind from their sails, though, as they continued to press, and just before halftime the moment came: after a run up the wing by Alistair Johnston, Alphonso Davies threaded a glorious ball through the defence for Jonathan Osorio, who scored to draw Canada level.

Theatrics and scoring chances were in no short supply in the second half, as both sides desperately sought a goal that might snatch victory, but ultimately the defences held firm as Canada claimed the historic result. Canada will move on to play in Jamaica on Sunday (albeit without Tajon Buchanan, Richie Laryea, or Steven Vitória, who picked up yellow cards on Thursday to earn a suspension).

As soon as the lineups for this game came out, it was clear that John Herdman et al. were not lying this week when they spoke about wanting to come out hard and play on the front foot at the Azteca. With Alphonso Davies, Jonathan David, and Tajon Buchanan all starting in attack plus Jonathan Osorio as well, the Canadians were set up to play some real attacking football.

Such attacking football revealed itself almost from the opening kickoff, too. Canada pinned the Mexicans back for significant stretches in the first half, managing to both burn them with pace and then set up for more methodical attacks inside the final third.

Even after going down a goal, though, Canada refused to wilt or sit back. Such was the extent of Canada’s front-footed play that Mexico were booed off the pitch at halftime in their first game in front of their own fans in this World Cup Qualifying campaign.

Truly, Canada were undaunted by the occasion. They marched into Mexico City fully believing they could win the game, and they very nearly did — it’s not by any means a stretch to say Canada were the better side on the night, and were it not for a couple heavy touches at the end of some link-up plays in the second half, they very well could have scored another goal or two.

“We said look, if we’re going to go out there and try and win, expect this game to be open. Expect them to be able to score,” Herdman said postmatch. “I’m not putting pressure on you to keep a clean sheet tonight, just have a good game, because you’re going to be busy. But we’re coming here to play; we’re coming here to be on the front foot. We knew the pitch would be open.”

It’ll take some time to truly sift through just what Canada accomplished on Thursday, with so many key players missing in a game they would’ve been heavy underdogs for regardless, but for now there’s a real beauty in how Herdman’s side approached this game.

This was never going to be a game where Canada sailed through untested, considering the incredible quality Mexico have in their squad. This was the first time they’ve had their first-choice front three — Chucky Lozano, Raúl Jiménez, and Jesús Corona — together in two years, so they were always going to want to demonstrate what they can do going forward.

Every time Lozano touched the ball, Canadian supporters’ collective intake of breath could be heard pretty much anywhere in the country. Lozano was far and away Mexico’s sharpest player on the night blazing in from the left wing, managing to get the better of Alistair Johnston a good handful of times, especially when running onto long diagonal balls over the top — which was where Mexico’s first-half goal came from, as Lozano blasted past Johnston to get well behind him and make space for his cross.

In general, though, Mexico were at their most frightening when pushing forward with pace — just like Canada, frankly. With more of their top players on the pitch than they had in the Gold Cup semifinal, Mexico found more joy with their attempts to play direct balls through midfield between Canada’s lines.

With both teams seemingly looking to overload aggressively on the strong side, there was a lot of space for switches of play and direct transitions. However, Mexico only managed to find their breakthrough once, because of how well Canada managed to keep pace when it truly mattered.

Sometime around the 60-minute mark, the energy of Canada’s first half seemed to dissipate slightly — something that John Herdman will certainly have expected, especially given Mexico City’s high altitude and the frenzied tempo of the early stages.

Mexico had phases at that point of the game where they started to establish more possession and push Canada back more comprehensively, and a few of their set-piece opportunities certainly put some fear into Canadian fans (not players). Still, Canada survived — Steven Vitória and Kamal Miller worked extremely hard to get in front of every Mexican attack coming in from the sides, and Maxime Crépeau was there when needed as well.

Canada managed to stay in the fight until the 75-minute mark, where a trio of reinforcements in Liam Fraser, Liam Millar, and Sam Adekugbe helped them regain a foothold and create a steadier base to allow Tajon Buchanan, Jonathan David, and Alphonso Davies to get upfield for one last push at the end.

Herdman explained postmatch that resilience has become a key tenet of this Canadian squad, who have been tested in several of their recent big games and been able to fight back from a goal down.

Canada will be disappointed that selection for the Jamaica game on Sunday is a little more complicated — Tajon Buchanan, Richie Laryea, and Steven Vitória will all miss out having picked up their second yellow cards of the Octagon — but they absolutely cannot fault the incredible resolve they showed to withstand the circumstances. They went down a goal, they fought through the altitude fatigue, and they defended everything they needed to.

And it paid off.

Mexico showed the Bayern Munich star a tremendous amount of respect on Thursday, often triple-teaming him on the left side, yet still Davies found a way to create. He added a number of new clips to his personal highlight reel by beating defenders on-on-one, and it was his sublime through ball to Osorio that made Canada’s goal happen.

Canada will move swiftly on from this game, as they travel to Kingston to play Jamaica this Sunday, October 10 (6 pm ET), followed by a trip home to BMO Field to host Panama next Wednesday. All Canadian national team matches are available live on OneSoccer.